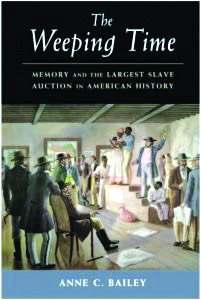 Binghamton University Historian Anne C. Bailey has studied slavery and the plight of African-Americans for quite some time.

She has read books about the history of slavery and watched the 1970s television mini-series, “Roots,” the story of author Alex Haley’s enslaved ancestors.

As commemorations of the 400th anniversary of the presence of people of African descent in North America take place, Bailey has helped bring awareness to one of the most sickening aspects of slavery: “auctions.”

“The auctions were a fairly common part of the economy and typical, especially before the Civil War,” Bailey said during an interview for the NNPA Newswire.

Her curiosity heightened and took her back to two days in March of 1859 in Savannah, Georgia. First, she found the will of Thomas Jefferson. It said that some of his slaves should be freed, but others were sent for auction.

She also discovered a great case study on a slave auction held in Savannah, Georgia, “The Weeping Time.”

“Not a lot had been written about this, and this was the largest auction that had ever taken place,” said Bailey.

Her research ultimately formed the basis for the 2017 non-fiction book, “The Weeping Time” (208-pages; available on Amazon.com).

The book’s title paid homage to the heartbreaking term slaves used to describe the separation from their loved ones during sales or auctions.

In “The Weeping Time,” Bailey writes about Jeffrey and Dorcas, an enslaved couple who fell in love. As they were on the auction block, Jeffrey begged his purchaser to also buy Dorcas, promising that they would be good servants.

Jeffrey pleaded that he and Dorcas would have strong young children who would also be good servants.

“Jeffrey was going to North Carolina and Dorcas to South Carolina. When last seen, Jeffrey was sitting alone on the ground, crying into his hands, as Dorcas was led away by her new master. She sat in the back of his carriage – emptied of words, emptied of tears,” writes Bailey.

Because of her profound work, Bailey was asked to write a passage for The New York Times’ popular, “1619 Project.”

Under the headline, “Shadow of the Past,” Bailey describes the The Weeping Time in a little more than 300 words.

She wrote, in part: “This spot is the site of the largest auction of enslaved people in American history – an event the enslaved called The Weeping Time in which 436 people were brought to the hammer to pay off the bad investments and gambling debts of Pierce M. Butler, the absentee owner of the Butler Island Plantation.

The auction was held at a playground of the local elite: The Ten Broeck Race Course, then on the outskirts of Savannah, Ga.”

To place the sale in further context, the income value of the slaves sold, when measured in today’s dollars, is $131,000,000 and the economic value is $1.4 billion.

In her Times’ article, Bailey notes how slaves begged their buyers in vain to also purchase their loved ones.

“What you do see are two tracks, intersecting but going in different directions, toward different outcomes – a fitting metaphor, perhaps, for Black and white life in America,” wrote Bailey, who holds a bachelor’s degree from Harvard and a Ph.D. and Masters from the University of Pennsylvania.

She said she wanted to call attention to slave auctions, which she called “A part of the backbone of the U.S. economy.”

“I’m so happy and honored The New York Times asked me to contribute,” Bailey said. “It’s my desire to see that this part of the U.S. economy is acknowledged, and it fit very well into the 1619 Project.”

Bailey’s lesson plans for her students include slavery and the often-overlooked auctions.

She said it’s essential that schools make slavery and African-American history a part of a regular curriculum.

The comparison of separating slaves and the current administration’s policies condoning the separation of immigrant families is inescapable.

Bailey said that’s another reason it’s imperative to teach all the history of America and slavery. She said courses should begin early, and educators should consider how much information to provide young ones.

“You have to reach children early and help them to see how people of African descent and others have contributed to the building of this country so that it doesn’t come as a big surprise,” Bailey said.

“Later on, it’s something that’s going to form their thoughts and interactions. There’s so much that parallels to slavery. There’s mass incarceration and medical disparities. And, the list goes on,” she said.

On the bright side, Bailey said the interest in the slave trade has crossed racial boundaries today. “I have not seen this level of interest in these topics in my lifetime,” she said.

“I am so glad that people are documenting this history as it was.” 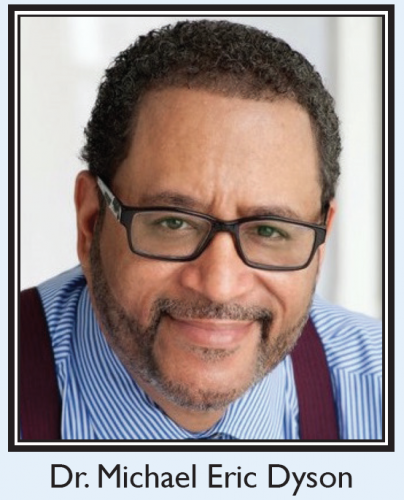 By Rosaland Tyler Associate Editor New Journal and Guide A brick fireplace which will symbolize a workspace and gathering place for slaves has been selected...