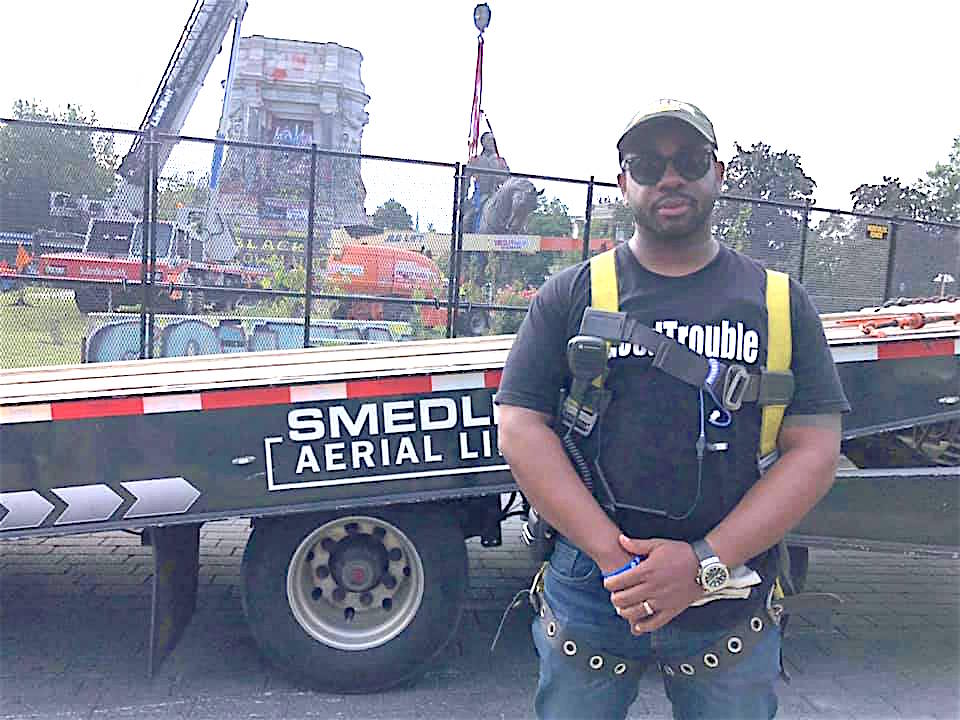 RICHMOND
The nation watched the huge mounted bronzed statue of Civil War General Robert E. Lee being lifted from the pedestal in Richmond on Wednesday September 8. Performing the awesome task was the Black-owned firm Team Henry Enterprises, LLC, based in Newport News.

Team Henry Enterprises was founded by Devon Henry, an NSU graduate. His company has won contracts to remove other Confederate monuments in other locations like Charlottesville.

This image of Lee was the largest Civil War Monument in the South and was crafted in France. But the pedestal was built with Black male labor, as were the lifting and placement of it. The monument was built on an old tobacco field that was once worked by slaves before the Civil War.