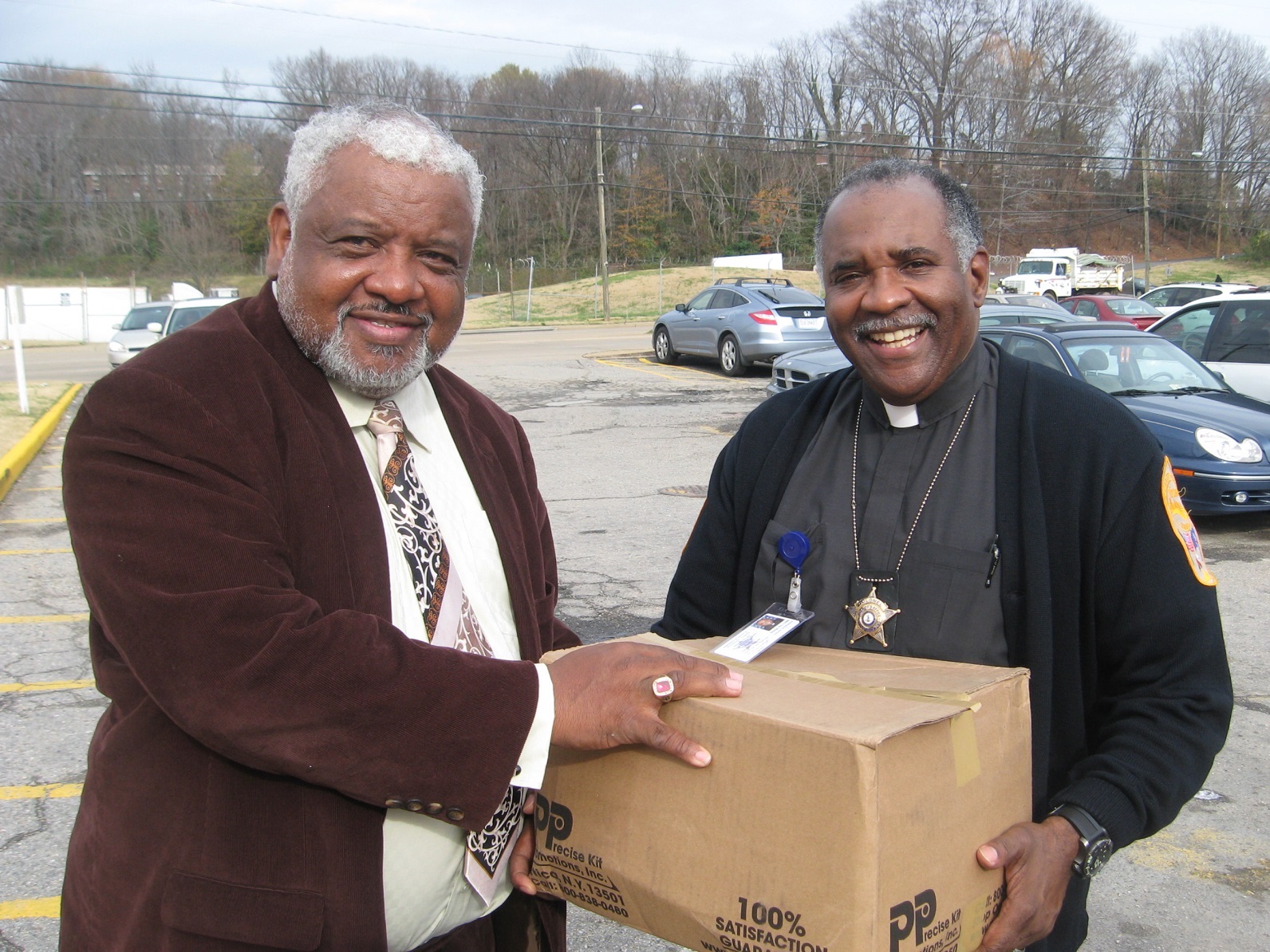 (TriceEdneyWire.com)
Trudi Baptist currently works and volunteers at the Temple of Judah ministries in Richmond, Va. Her life hasn’t always been so good.

Only two years ago, she was incarcerated in the Richmond City Jail, not certain about her future. But then, Baptist received something that she least expected. It was a package at Christmas time. To Baptist, it meant somebody cared, somebody was thinking about her even though they didn’t even know her.

“When I was incarcerated I realized that they don’t give you underwear, that they don’t give you much of anything. It is very lonely but while in prison I met Bishop Williams and his kind soul. His gift was the only one I received on Christmas day. He made a huge difference in my life, enough of a difference for me to go back to the church after I was released and give the gift of love that I received,” she recalls. “Surprisingly I am one of the few that come back to the church. A lot of inmates don’t want to be reminded of what they went through and those who do give back are behind the scenes and don’t want to go back to the prisons to pass out the packages.”

Every year for the past 40 years the Temple of Judah Ministries have been sending care packages to inmates on Christmas day. Over 80,000 care packages have been donated to the Richmond City Jail through Bishop Melvin Williams and the kindness of volunteers.

This year, the ministry plans to package and hand deliver 33,000 care packages across the state in partnership with Tabernacle of Zion and Greenwood Baptist Church. The packages containing undergarments, toothpaste, deodorant, mouthwash, and soap come in handy to an inmate who may have nothing.

“I wanted to give to the least of the brethren,” Williams said. “When I was younger I would visit those in the prison system and I would see what those kinds of places do to the prisoners. How they break their spirits and provide them with no care and no support and so I knew if I was ever in a place to give back I would. Being pastor of Temple of Judah gave me that platform and a strong ministry of people to support me. Every year he asks the question, will you give Jesus a gift this year?”

Because Virginia has among the largest jail populations in the U. S., the Temple of Judah has distinguished itself. Williams has received numerous awards for his ministry to inmates.
According to Justicepolicy.org:

Especially around the holidays, many individuals are wondering what changes can be made to offset this phenomenon.

With this in mind, the Temple of Judah will continue their “Annual Yuletide Season” asking that anyone with a caring heart donate canned food and non-perishable items to their food bank to distribute to needy families for the Christmas holiday season. Williams’ mission aids countless hurting people who have nowhere else to turn and are suffering financially. The deadline to volunteer and donate is Dec. 20. The church’s contact information 202-780-0841 or visit Templeofjudah.org.

Now free and growing, Baptist says she is writing a book that will be a “spiritual guidance on prison survival.”

She concludes, “I want to share my story and inform other inmates on how God used me to discover my purpose. Some people may be afraid of being judged and looked at differently after getting out of jail but this care package that Bishop Williams and the church gives is enough to change the hearts of many.”