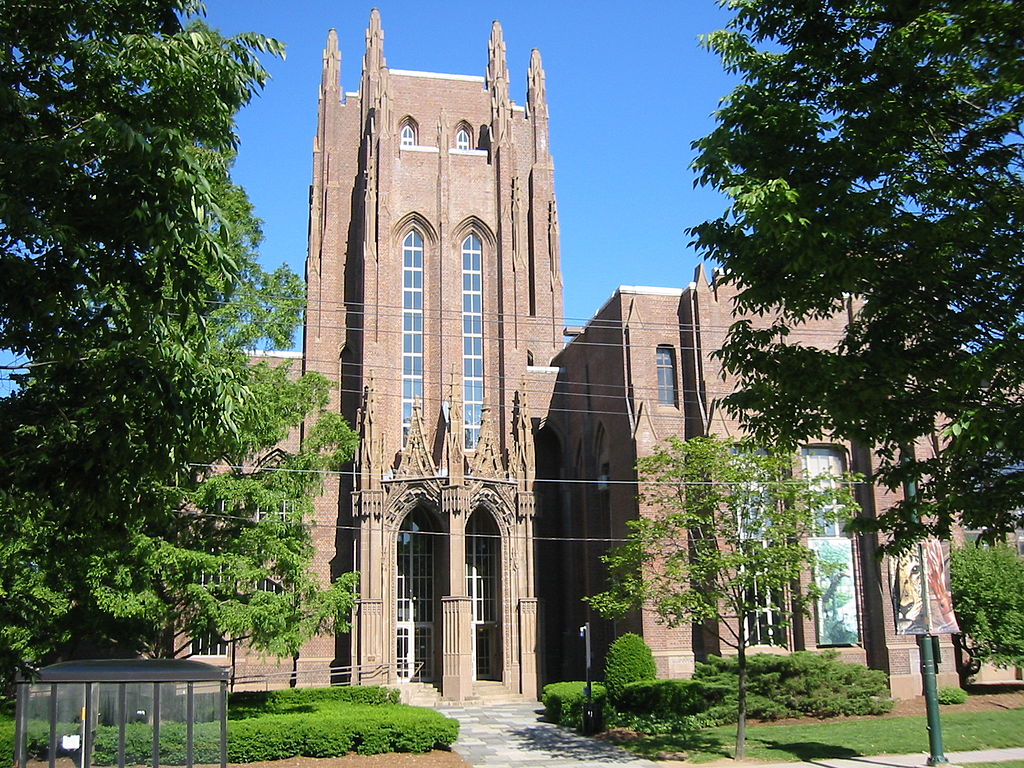 (TriceEdneyWire.com)
“Homo sapiens is the species that invents symbols in which to invest passion and authority, then forgets that symbols are inventions.”
– Joyce Carol Oates, Author, New York Times, December 30, 1999

Don’t allow anyone to tell you differently. Symbols matter. Whether these symbols are flags, icons or names on buildings, symbols are shorthand and they stand in for those core values we reject – and those we accept.

After years of outcry, protests, and an act of glass-shattering vandalism, Yale University has recently announced that the name of the residential college commemorating John C. Calhoun will be changed.

Calhoun, a Yale alumnus, served our nation as its seventh vice president, its 16th secretary of state, its 10th secretary of war, and as a senator representing South Carolina, but his service to our country—his legacy—is overshadowed by his fierce defense of the indefensible institution of slavery. Calhoun, a self-described white supremacist, was a slaveholder and an ardent supporter of slavery. During his 1837 senate address, he publicly hailed the institution as a “positive good.”

Erected in 1933, the college that has borne the name and the heavy symbolic weight of Calhoun’s name for 86 years will be renamed for Grace Murray Hopper, a computer science pioneer and Navy rear admiral, who received her master’s degree and doctorate from Yale.

But, changing the name of the Calhoun College was never a foregone conclusion. As recently as last spring, Yale President Peter Salovey maintained that, despite the din of protest, the university would keep Calhoun’s name. In a campus-wide email to students, he wrote:

“Ours is a nation that continues to refuse to face its own history of slavery and racism. Yale is part of this history, as exemplified by the decision to recognize an ardent defender of slavery by naming a college for him. Erasing Calhoun’s name from a much-beloved residential college risks masking this past, downplaying the lasting effects of slavery, and substituting a false and misleading narrative, albeit one that might allow us to feel complacent or, even, self-congratulatory. Retaining the name forces us to learn anew and confront one of the most disturbing aspects of Yale’s and our nation’s past. I believe this is our obligation as an educational institution.”

But rather than create an atmosphere of reconciliation and soul searching, the public sanction of symbols of division and hatred often energizes and justifies its adherents, while arousing alienation and resentment in its opponents. How can we appeal to our better angels, when everyday we are greeted by the demons of our past?

Corey Menafee, a cafeteria worker at Yale, also made his feelings known about the building and the racially-charged stained glass panels that adorned the college featuring idealized images of slavery, which, at one point, included a stained-glass window depicting a shackled Black man kneeling before Calhoun (the kneeling Black man was later taken out of the picture). With the poke of a broomstick, Menafee knocked down and shattered a racially-charged glass panel in the dining hall that depicted two slaves, a man and a woman, carrying bales of cotton on their heads. His reasoning was simple, saying, “It’s 2016, I shouldn’t have to come to work and see things like that.”

Menafee’s action, campus protests, and the racial reckoning taking place across many American college campuses at that time, and on the streets of communities that were fed up with wages of police brutality and the insults of judicial indifference, played a significant role in revisiting the controversy over Calhoun’s name. In the end, Yale did the right thing, with the president noting in a statement to students, “The decision to change a college’s name is not one we take lightly, but John C. Calhoun’s legacy as a white supremacist and a national leader who passionately promoted slavery as a “positive good” fundamentally conflicts with Yale’s mission and values.”

While I applaud Yale’s change of heart, I want to encourage the university to “confront one of the most disturbing aspects of Yale’s and our nation’s past,” not only by unshackling itself from its reprehensible symbols, but by addressing slavery’s legacy of racial inequality and committing to increasing the diversity of its student body and faculty.

According to the New York Times, the university has promised to invest $50 million in a faculty-diversity initiative to address the fact that less than three percent of Yale’s arts and sciences faculty is Black. And of Yale’s close to 5,400 undergraduate students, only 11 percent identify themselves as African-American.

While a battle has been scored, the war to commit to inclusion still remains to be won.