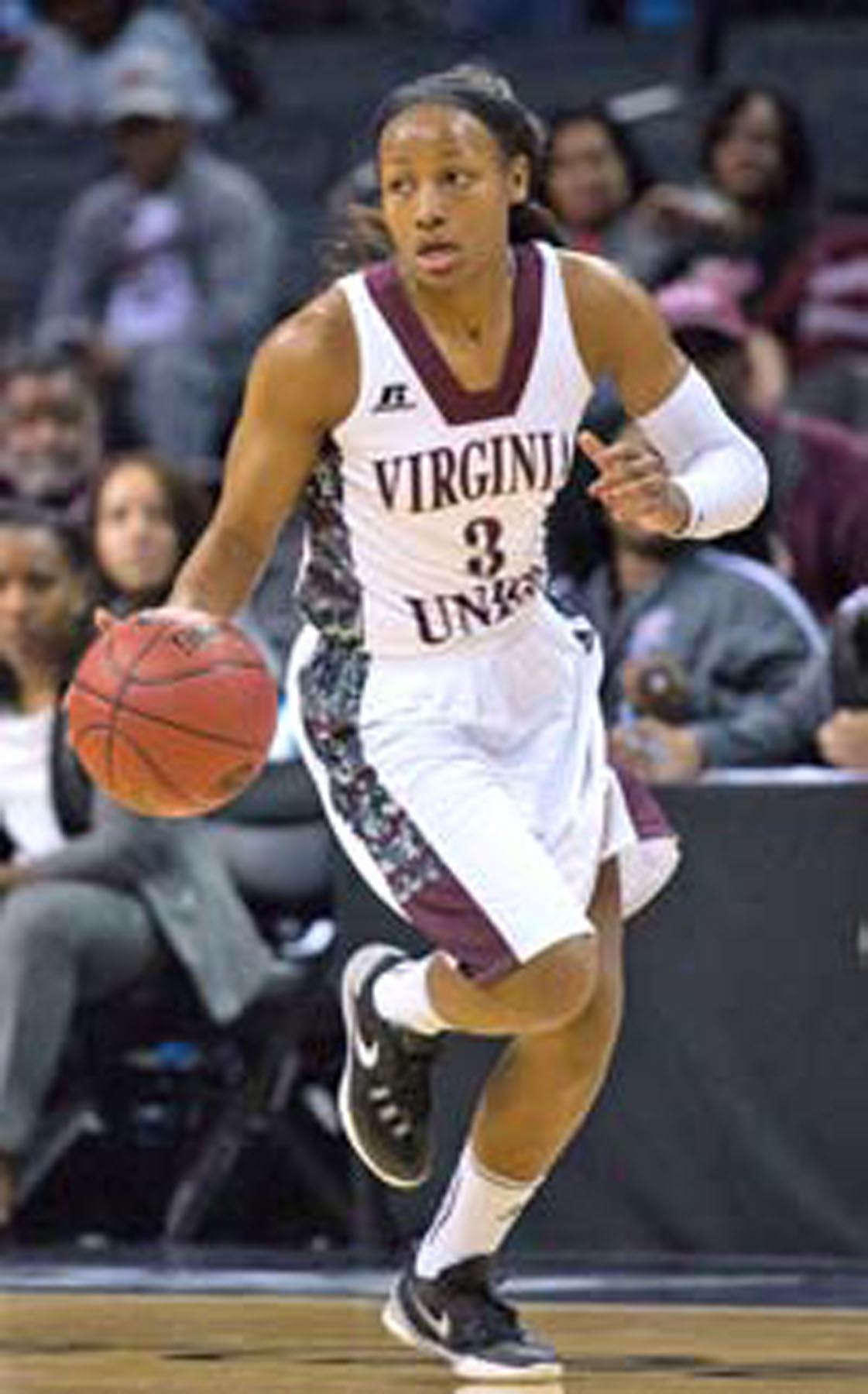 In her first and only season at VUU, Johnson, a 5-foot-6 senior guard, leads the NCAA Division
II in scoring averaging at 29.3 points per game and is second nationally in assists averaging
8.7 per game. Johnson broke the school record for points (671) and assists (219). She posted a
school record 45 points on Feb. 13 and 17 assists on Jan. 11. She also broke the Div. II playoff
single-game scoring record with a 49-point outburst in the Atlantic Region championship game.

Johnson was recently named Virginia State Player of the Year by the Richmond Times-Dispatch,
while also being named to its all-state team. She also earned CIAA Player of the Year and
NCAA Division II Atlantic Region most outstanding player honors. Johnson led the Panthers as
they played Bentley University in the Elite Eight of the NCAA Division II Tournament on Tuesday,
March 22nd. (see story below).

The WBCA presents the player of the year award annually to the top player in five WBCA
membership divisions (NCAA Divisions II, III, NAIA, junior/community college and high school).
“The WBCA is delighted to name Kiana as the 2016 WBCA NCAA Division II Player of the
Year,” said WBCA Executive Director Danielle Donehew. “Kiana has played an integral role in
guiding her team to an extraordinary season, and is very deserving of this distinguished honor. The
WBCA applauds Kiana for her hard work, dedication and contributions to the game during the
2015-16 season.”

The 10-member team was selected by a vote of the selection committee. The committee is
composed of one representative from each of the nine geographical regions and a chairperson.
The members of the 2016 WBCA NCAA Division II Coaches’ All-America Team are as follows: