Along with demanding the termination of Virginia Beach’s current City Manager Dave Hansen, the Interdenominational Minister’s Conference (VBIMC), says it is concerned the city may be seeking to limit the scope of the investigation of the May 31 mass shooting.

The VBIMC, an association of Black ministers, said in a letter to the city council that Hansen has created a toxic and demoralizing work environment that has produced intimidation, selective promotions and racial bias.

They believe this may have attributed to a city employee Dwayne Craddock’s violent and deadly assault on May 31 that led to the killing of 12 victims, before he was killed by police.

Craddock an African-American with eight years in his position as a public utilities engineer for the city is said to have submitted his resignation hours before he began attacking his co-workers in Building 2 of the Virginia Beach Municipal complex.

“No one condones what he did. But that man did not get up one morning crazy and wanting to kill his co-workers,” Rev. Dr. James Allen, VBIMC President, told the GUIDE during a recent interview. “He may have been reacting to the toxic environment the current city manager has been tolerating and promoting. I think the city is covering up a lot of the factors that caused this tragedy.”

Virginia Beach hired a private security firm, Hillard Heintze out of Chicago, to conduct an independent investigation of the incidents to determine the cause of the tragedy.

But the VBIMC says it fears the city may seek to limit the investigation and “cover-up” factors which may have contributed to that May 31 incident that show evidence of a racist and hostile work environment which, they say, still exists.

So, the VBIMC has submitted a list of 53 questions to the investigative team to “make sure there is a full and honest investigation,” said Rev. Gary McCollum, one of the key leaders of the group.

“What happened on May 31,” said McCollum, “could happen again. We can’t understand why the council is hesitant to respond to the public’s concerns.”

The questions, the VBIMC leaders believe, delve into unfair hiring and promotion practices, favoritism, workplace hostility, and other aspects of the toxic work environment described by several current and former employees in the listening sessions.

But the VBIMC is concerned the contract the investigators signed with the city to conduct the inquiry may not allow them to ask any of the questions they submitted.

Those concerns were raised, according to Rev. Allen, due to conflicting statements the VBIMC has received from City Auditor Lyndon Remias and officials representing Hillard Heintze.

“At the end of the day, we’re getting two different stories – the City Auditor is stating one thing, and Hillard Heintze appears to be stating something completely different,” said Allen. “It’s disappointing to think the independent investigation may not address the toxic work environment within the City which many believe to be a major contributing factor to the tragedy.”

In emailed communications between Remias and members of the VBIMC, the City Auditor told the Conference “that per the City Council resolution” ordering the investigation, it was up to the firm to determine if the questions were in or outside of the scope.

However, in an email with Hillard Heintze COO Ken Bouche, the VBIMC asked if they would be correct in assuming that some or all of their submitted questions would be outside the contractual guidance given by the City. Bouche responded, “the most I can tell you is your assumption is correct.”

“I give him (Bouche) credit for being honest,” said McCollum. “Most of the statements we heard during those two listening sessions addressed the issues we are concerned about. Why even have those sessions, if you are not going to investigate the role these issues play in the work environment. We are hoping the city will be clearer and honest on this issue.”

The group’s questions are designed, McCollum said, to look at a variety of subject areas.

The first section asks about the demographics of the city employees via breakdown of exempt/supervisory personnel.

Another area asked for in the demographics breakdown is the number of employees who were the target of some form of disciplinary action, notably during the time of the May 31 shooting.

Also, the demographics of the employees who were terminated, specifically during the past 36 months.

Another area involves the number of retirements and promotions. There were questions related to demographics breakdown and the number of those employees who sought and received promotions. Also, the jobs they sought such as exempt/ supervisory and “at what level are hiring and firing decision made within the city staff.

The VBIMC, a coalition of Black Ministers and civic leaders, believes Hansen is responsible for a “toxic” work environment, inhibited minority and white employees not favored by those supporting his style of leadership.

The VBIMC’s reasons for seeking Hansen’s ouster was spelled out in a letter from the coalition to Mayor Bobby Dyer and members of the council on August 12.

“From press reports, you (Mayor Dyer) are aware of the laundry list of management, leadership, and communication blunders Mr. Hansen has made over the last few years,” the ministers wrote in their letter.

Rev. Allen added other complaints in his interview with the GUIDE. “Further, tolerating the ouster of employees, nepotism or selectively hiring individuals for jobs and overlooking the experiences and the ability of more qualified.” 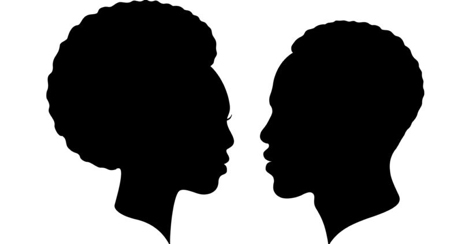