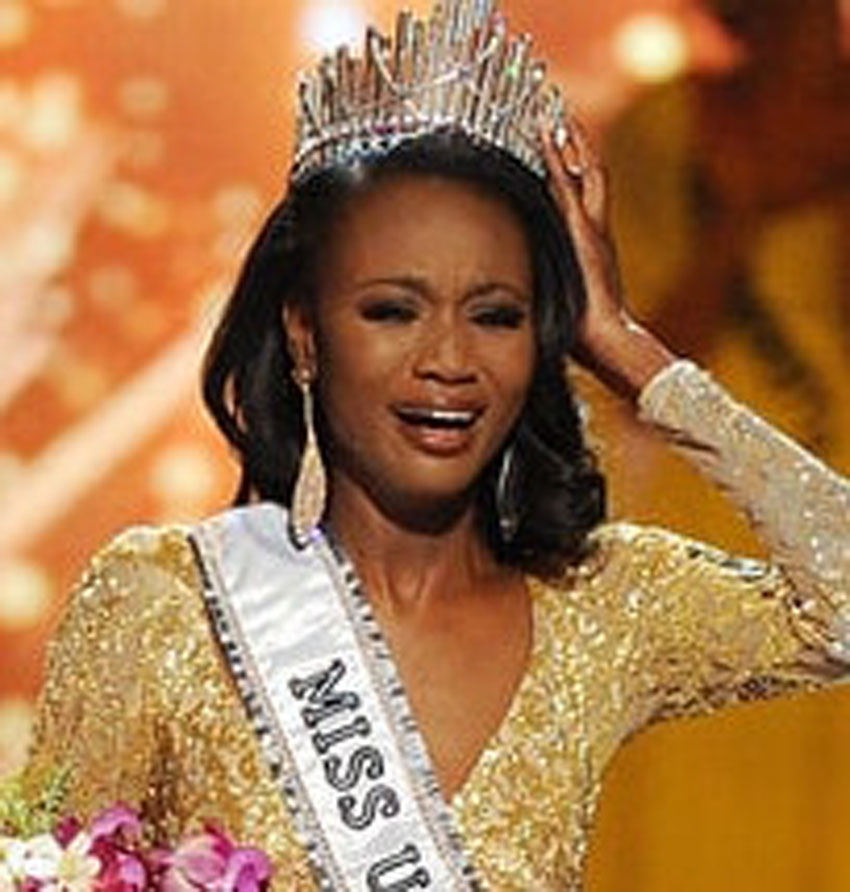 LAS VEGAS, NV
The new Miss USA, Deshauna Barber, is a Virginia State University graduate. Barber, a 26-year-old Army officer graduated from the Reginald F. Lewis College of Business in 2011 with a degree in business management, and joined the military at age 17. Beating out 51 other women for the title, Barber broke into a sob when she was announced as the winner in the T-Mobile Arena in Las Vegas. She will compete in the Miss Universe contest in Manila in September in The Pampanga Convention Center.

VSU President Dr. Makola Abdullah said in a statement on VSU’s website, “We are exceedingly proud to have a Trojan represent the USA in this capacity. Deshauna exemplifies scholarship, leadership, and inner strength. She is a role model for all students.” It is the first time in 14 years (and only third time in history), Miss District of Columbia was crowned Miss USA, according to news reports. Barber, a military officer was born in Columbus, Ga., but relocated many times because of her father’s military career. She is the daughter of a retired Army Master Sgt.

Barber said she plans to use the pageant’s spotlight and her title to support veteran’s causes and tackle the issue of suicide and post-traumatic stress disorder among military members.
Of her family’s service in the military, Barber said in recent news reports, “It’s something that runs through our veins – patriotism and service for this country.” In a recent Twitter post, she added, “Coming from an army family I recognize the dangerous sacrifices soldiers make every day. . . Every Time I put on my uniform I thank God for allowing me another opportunity to represent the greatest nation in the world.”

According to her Miss USA bio, Barber is currently a logistics commander for the 988th Quartermaster Detachment Unit in Fort Meade, Md. The pageant aired on Fox after NBC dropped the annual event last year, when the network cut all ties with former pageant owner Donald Trump.