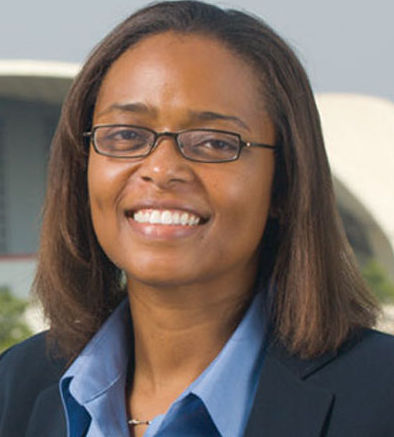 Williams is making history as the first female African-American athletic director at a Power Five school. Williams served for the past 13 years at the University of Georgia and replaces Craig Littlepage, who is retiring after 16 years.

“I am extremely grateful for this opportunity to lead one of the nation’s elite athletics programs,” Williams said in a recent statement. “Academic achievement, athletic excellence, operating with integrity, a commitment to maximum effort at all times and a strong sense of teamwork and unity are the core principles that will guide our athletics department under my leadership.”

Williams added, “Athletics provided the opportunity for me to attend the University of Georgia as a first-generation college student and my advanced degrees enabled me to further my growth and develop my career as an athletics administrator.”

During Williams’ tenure as an administrator at the University of Georgia, its athletics teams won 16 NCAA team championships and 37 Southeastern Conference titles.

“Her experience as a successful student-athlete, coach, and senior administrator at the highest levels of Division I athletics is impressive,” University of Virginia president Teresa Sullivan said in a release from the school. “Equally impressive is her commitment to education and the academic pursuits of student-athletes.”

“President-elect Jim Ryan said, “I think Carla is spectacular. She is exceedingly well-prepared for this role, but more than that, she is fiercely committed to excellence in both athletics and academics and has a track record of success in both arenas. I cannot wait to work with Carla, a kindred spirit who sees leadership as a chance to serve those around her and to create the conditions for their success.”

Ryan will become UVA’s next president effective Oct. 1, 2018. The University of Virginia Board of Visitors on Sept. 15, 2017, unanimously selected Ryan as the university’s next president.