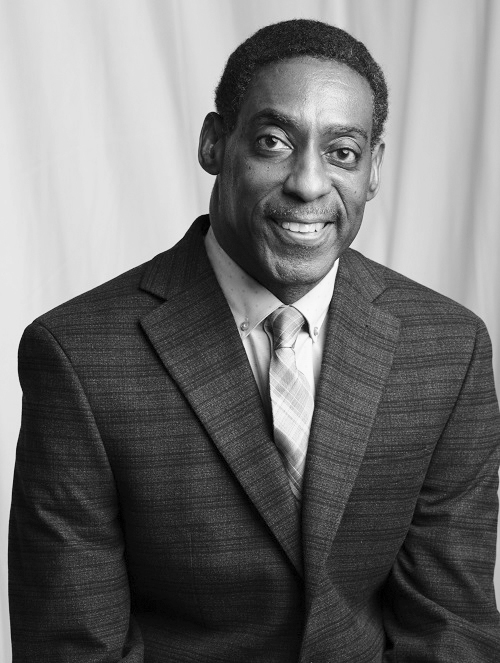 (TriceEdneyWire.com)
Looking at the events unfolding in Ukraine, it is not hard to compare them to what occurred during Nazi Germany’s invasion of Poland, which in 1939 marked the start of World War II, especially when you see how two dictators (Hitler and Putin) followed the same playbook. Both invasions were unprovoked attacks against innocent people. When you consider the reasons behind the attack on Ukraine, they are like the motives behind the Tulsa massacre in 1921.

It shows how acts of hatred and evil are timeless. Erasing them from history books doesn’t prevent similar human rights violations from occurring now or in the future. With Russia invading Ukraine to” keep the peace,” the world witnessed a lying dictator in action.

One day after Russian President Vladimir Putin ordered troops into separatist-held parts of eastern Ukraine, the Ukrainian Minister of Foreign Affairs Dmytro Kuleba was straightforward about Russia’s long-term objective. “His ultimate goal is to destroy Ukraine,” Kuleba said of Putin. Putin “wants the idea of Ukrainian statehood to fail. This is his objective.”

Putin is scared to death of democracy. He hates that NATO was founded to provide defense of democracies on both sides of the Atlantic and provide effective opposition to any power that seeks to dominate Europe. Putin’s fears about NATO are not centered on any expected military aggression from the West but rather the optimism and hope that democracy offers. The Soviet Union collapsed in 1991 and left in its place 15 independent states.

Putin aims to restore Russia as a world superpower while reining in those nations that previously turned away from Moscow. These goals become personal and more complex when former Soviet republics like Ukraine and the former Warsaw Pact members aspire to become free democracies.

If Ukraine had successfully transformed into a democratic, unified, and prosperous state which achieved EU acceptance along with NATO membership, the credibility of Russia’s ruling dictatorship would be on the line. An independent, democratic, economically stable, and internationally integrated Ukraine exposes Putin’s lies and potentially threatens his hold on power. A successful Ukrainian model would show the Russian model as a failure and sham while showing what true democracy offers. It would inspire other regions, including Russia’s citizens, to seek greater control over their own destiny by opposing the current regime in Moscow.

The Ukrainian model is being destroyed in real-time. Compare that to the Greenwood district of Tulsa, Oklahoma, in 1921. Greenwood functioned independently by having its own school system, post office, bank, library, hospital, and public transit. It was a prosperous city within a city with luxury shops, restaurants, grocery stores, hotels, jewelry and clothing stores, movie theaters, barbershops and salons, pool halls, nightclubs, and offices for doctors, lawyers, and dentists.

Black people living in homes, driving cars, women wearing furs, and just achieving and enjoying the benefits of economic success did not sit well with whites who were not as successful economically.

The prosperity of Greenwood residents scared them. It was intolerable to those who live to defend white supremacy. If the area known as the “Black Wall Street” and others like it were allowed to thrive unchallenged, it would have been a successful model for other Black communities to not only accumulate wealth but to transfer it generationally.

It discredits the notion that Blacks are inferior people incapable of achieving the American Dream at levels far exceeding their white counterparts. As an economic powerhouse, Greenwood would prove the idea of white superiority as a sham with no credibility. Today, the people of Ukraine, just like the 11,000 citizens living in the Greenwood district, deserve to have peace and the pursuit of happiness.

Defending power and superiority has no humane limits for certain individuals throughout history. In 1921, the Tulsa massacre started with an “alleged assault” and ended in a deadly invasion by a lynch mob. They too followed the playbook, which begins with a lie and eventually ends in a deadly attack to destroy what they see as a threat to their power and control. Within Greenwood’s 35 square blocks, an estimated 300 people were killed.

The Black Wall Street model was burned to the ground, destroying more than 1,200 homes, at least 60 businesses, and dozens of churches. Unjust “supremacy” won the only way it can, through misinformation, intimidation, and violence. For the Greenwood survivors, like the Holocaust survivors after them, it was a traumatic event, and we should never forget the true motives behind these aggressions.

Before the Trump administration took office, we never had an American president hold a Russian dictator in such high esteem. As the world reels in shock and sadness over Russia’s unprovoked attack on neighboring Ukraine, it really should be no surprise that former President Donald Trump described Putin’s justification for invading Ukraine as “savvy” and “genius.” As for the playbook, Trump fully recognizes it and supports its use.

David W. Marshall is the founder of the faith-based organization TRB: The Reconciled Body and author of the book God Bless Our Divided America. He can be reached at www.davidwmarshallauthor.com.