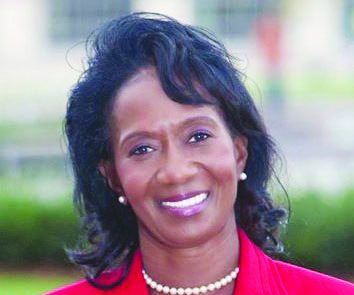 Candidates have filed papers to run for Virginia’s Fourth U.S. Congressional, recently converted from a Republican to Democratic-leaning district, due to a federal law suit.
Chesapeake City Councilperson Ella Ward and State Senator Donald McEachin of Henrico County have thrown their hats into the ring.
Only McEachin, who is an attorney, has filed papers thus far.

Candidates have until March 31, 2016, to file their papers, according to the State Board of Elections.
Henrico County Sheriff Mike Wade and Elliott Fausz of Richmond, two Republicans have announced they intend to run for the district . Thus far only Wade has filed to run.
Ward is the lone Democrat on the Chesapeake City Council and lone Black woman. McEachin is the Chairman of the Senate’s Democratic Caucus. He has served in the House of Delegates for seven years and the State Senate for nine, first being elected to that body in 2007.

The Fourth Congressional District was drawn to support White Conservative Republicans like current Congressman Randy Forbes of Chesapeake who holds the seat.
The Third was drawn to elect the state’s lone Black Congressman, Democrat Robert Scott of Newport News.
The federal court agreed with the plaintiffs in the suit and had the Third and Fourth Congressional Districts redrawn.
Now the Fourth District has more Black and White-leaning Democrats, which caused Forbes, fearful of losing in the upcoming election, to run for the Second Congressional seat.
That seat will open with the decision by incumbent Republican Scott Rigell of Virginia Beach to not seek reelection.

In 2001, Democrat Louise Lucas, who is now a state senator, narrowly lost the open Fourth District seat to Forbes.
During the following redistricting process in 2010, the Republican-controlled General Assembly injected more Republican leaning Whites into the district, and assured Forbes’ reelection to the U.S. House for the last 15 years.

If Democrats manage to secure the seat this fall, for the first time in the state’s history Virginia will have two African-Americans in the U.S. Congress.
One of the points of contention in the federal suit was that Republicans own all but three of the state U.S. Congressional seats.
The Fourth District includes parts of Hampton Roads, including the city of Chesapeake and floats northward to include Richmond, Henrico County and parts of Petersburg, which expand the number of Blacks in it.