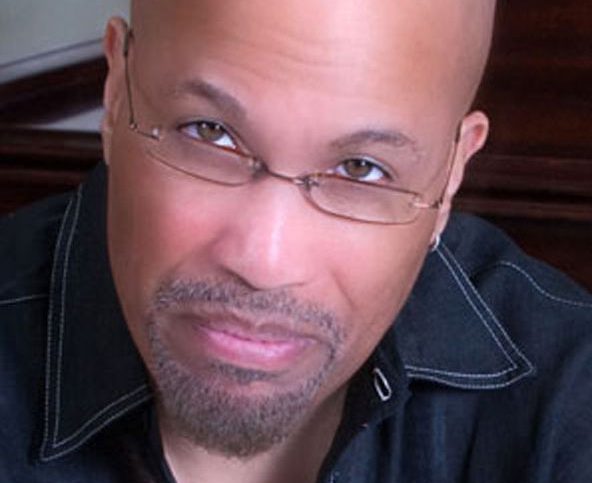 Bob Baldwin, Jr. will be in Norfolk Friday, March 20 on the stage of the Historic Attucks Theater for the last show of the current Church Street Jazz Series, starting at 8 p.m. Jay Lang of Hampton University’s WHOV-88.1 FM is the originator and host of the popular series. As a kid growing up in Mt. Vernon, N.Y., Baldwin recalls sitting and listening to his father and his buddies perform their improvisational jam sessions in their family home.

His father, Robert Garfield Baldwin, Sr. introduced him to the piano at age 4, and helped steer him into the jazz, soul and gospel lanes of musical expression, which have a historic kinship as art forms. Baldwin senior never produced anything which he sold under his name, but he lent his piano talents to the works of bassists Keter Betts and Art Davis.

In 1986, the junior Baldwin formed The Bob Baldwin/Al Orlo Project in New Rochelle, NY, performing at the legendary club, the Bottom Line, in New York City, opening up for Tom Browne of “Funkin’ for Jamaica” fame. This led to his first production effort with trumpeter Tom Browne on one of the first-ever gospel-jazz offerings, “No Longer I.” His musical influences include Herbie Hancock, Patrice Rushen, Chick Corea, Earth Wind & Fire, Ramsey Lewis, Stevie Wonder and the late, greats Joe Sample, Miles Davis and George Duke.

Baldwin, during a recent interview with the Guide, said he will be providing some of his old and new musical offspring during his performance in Norfolk. It is not his first appearance at a venue in Hampton Roads, having performed here with artists like Melba Moore. Those who attend the May 20 concert will realize Baldwin’s varied talents are showing the multi-layers of his music, including jazz, funk and gospel.

Apart from being a musical artist, he is also an author, advocate and artist, composer, keyboardist, producer, arranger, and radio host. Those familiar with the Baldwin Catalogue will be getting a Friday night serving of his soulful “Chameleon” parts one and two. Baldwin said the first part of that piece is old school funk and the second edgy fusion, and it was written by Herbie Hancock.

Then there is the “Ukuphila”, the healing song which was written in Johannesburg, South Africa, post-aparthied. He will also provide ‘Welcome to the Planet Funky Onion,” which is where ‘Pfunk meets Jazz somewhere between plants Earth and Jupiter’. Baldwin said he appreciates that Norfolk and other urban communities are staging programs highlighting him and other artists who promote and enjoy playing jazz. He said the music genre is a small footprint in the commercial market, especially on commercial radio where he finds urban contemporary rap and gospel are dominating the airwaves.

Baldwin said he hoped that parents would introduce their children to the art form, as his father did, if only to encourage an appreciation of jazz or develop another Bob Baldwin to continue the tradition onstage. He said he would like institutions or schools to provide instruments and other resources to youth to nurture the appreciation for jazz among youth of all races and locales. “It is a shame they have taken music, especially the study of jazz, out of the schools,” said Baldwin. “Also and unfortunately, at many jazz concerts, they are committing a fraud, because most of the music they play is not jazz but soul or R&B.”

Baldwin has backed up his stand as the Curator of the NewUrbanJazz @ the Arts Exchange in White Plains, N.Y. Collaborating with ArtsWestchester and the White Plains Youth Bureau, Baldwin presented a workshop that would prepare young people for a career in music. In 2010, his Jazz for Haiti program raised over $60,000.00 for the American Red Cross of Northern New Jersey. And in 2013, he produced the benefit concert “Music for Dave” to assist Latin jazz legend and stroke victim, flutist Dave Valentin, with funding for his ongoing treatment and rehabilitation.

In addition to his work as a musician, Bob Baldwin hosts a nationally syndicated weekly radio show (‘The NewUrbanJazz Lounge’) broadcast across the African American Public Radio Service and the Internet and is author of the music biz E-book “You Better Ask Somebody (Staying On Top of Your Career in the ‘Friggin’ Music Business)” (2011). Tickets are on sale at Ticketmaster.