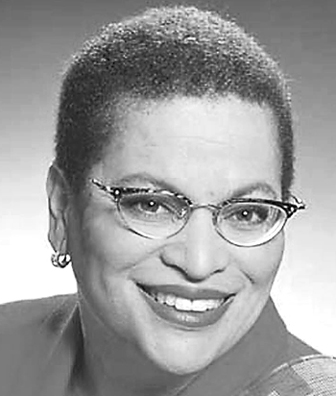 A cursory look at the win-loss column after last week’s mid-term elections suggests that nobody left the table empty-handed. Democrats gained control of the House of Representatives, Republican’s expanded their control of the Senate, hundreds of state legislative seats flipped from Democratic to Republican, and Democrats gained gubernatorial, Attorney General, and other key positions.

But both democracy and the truth took a hit during the midterms, when the President of the United States obfuscated, prevaricated, and just plain lied every chance he got. And then he had the nerve to say he tells the truth “when he can,” which really means he tells the truth only when it serves him. During the midterm campaign, 45 notably attacked Democratic opponents any way he could, often with the vilest of lies. African-American political candidates, and especially Stacey Abrams (Georgia) and Andrew Gillum (Florida) were the focus of his ire.

While 45 counts the midterm election as a victory, he was so testily obnoxious in the press conference the day after the election that it is clear that he felt the loss. And when a bully is beaten, he lashes out. CNN’s Jim Acosta was the victim of his ire. Because he was persistent in asking a question, he was falsely accused of putting his hands on someone, and his White House press pass was revoked.

At the same press conference, the so-called leader of the free world was rudely dismissive to American Urban Radio’s star reporter, April Ryan, repeatedly telling her to “sit down.” Then, on November 9, he attacked Ryan, calling her a “loser” and saying that she “doesn’t know what the hell she is doing.” He said he might consider yanking her press credentials.

The president is on a roll when it comes to Black women in the press. He told CNN’s Abby Phillips that she “always asks stupid questions” when she asked him whether he elevated Matt Whitaker to acting Attorney General because he will impede the Mueller investigation. Stupid is the perfect way to describe a president who does not even know how to use Google search to figure out that his pick to replace Jeff Sessions is biased against an investigation he is now charged with supervising. Phillips, a consummate and smooth professional, surely understands that she is in good company. Trump loves to attack Black women, especially those who oppose him (like Maxine Waters) for their intellectual acuity.

At the same press conference where he melted down on Jim Acosta, the president also attacked PBS White House correspondent Yamiche Alcindor, describing a question she asked him about the term “nationalist” as a “racist question.” Alcindor, who says she has interviewed several white supremacists that are “excited” by their leader, asked a perfectly legitimate question of the president who has been stoking racial fires since he announced his candidacy. In attacking both the questioner and the question, 45 again showed his biases and his hostility both to the press and to some of the individuals who cover him.

No president enjoys intense press scrutiny, especially when things are not going his way. But no president has been more rude, dismissive and offensive toward the press. No press secretary has been more rude and obnoxious than Sarah Huckabee Sanders. And none has attempted to curtail press freedoms with the vitriol that Trump has.

Mr. Trump says he will pull the press credential of any member of the press who is not “respectful” to him. In his tiny mind, disrespect is the same as merely asking difficult or uncomfortable questions. He and Sanders would undoubtedly feel better if there were no press questions, just syncopated fawning.

I don’t expect decency from the president, but I am concerned that the press corps has not been more strongly supportive of their colleagues like April Ryan and Jim Acosta. What if, for just one day, every member of the press began her question with, I’m asking this in the name of Jim Acosta? What if they started a question with, “Let me say that my colleague April Ryan is not a loser,” this administration would get some sense of press solidarity. Trump attacks because he can attack and because few are willing to stand up to him.

The President’s hostility toward the press is bad enough. His particular antipathy toward African-Americans is even worse. Who will stand up for April Ryan, Abby Phillips, and Yamiche Alcindor? Where, by the way, are the women of the #MeToo movement when Black women are being attacked?