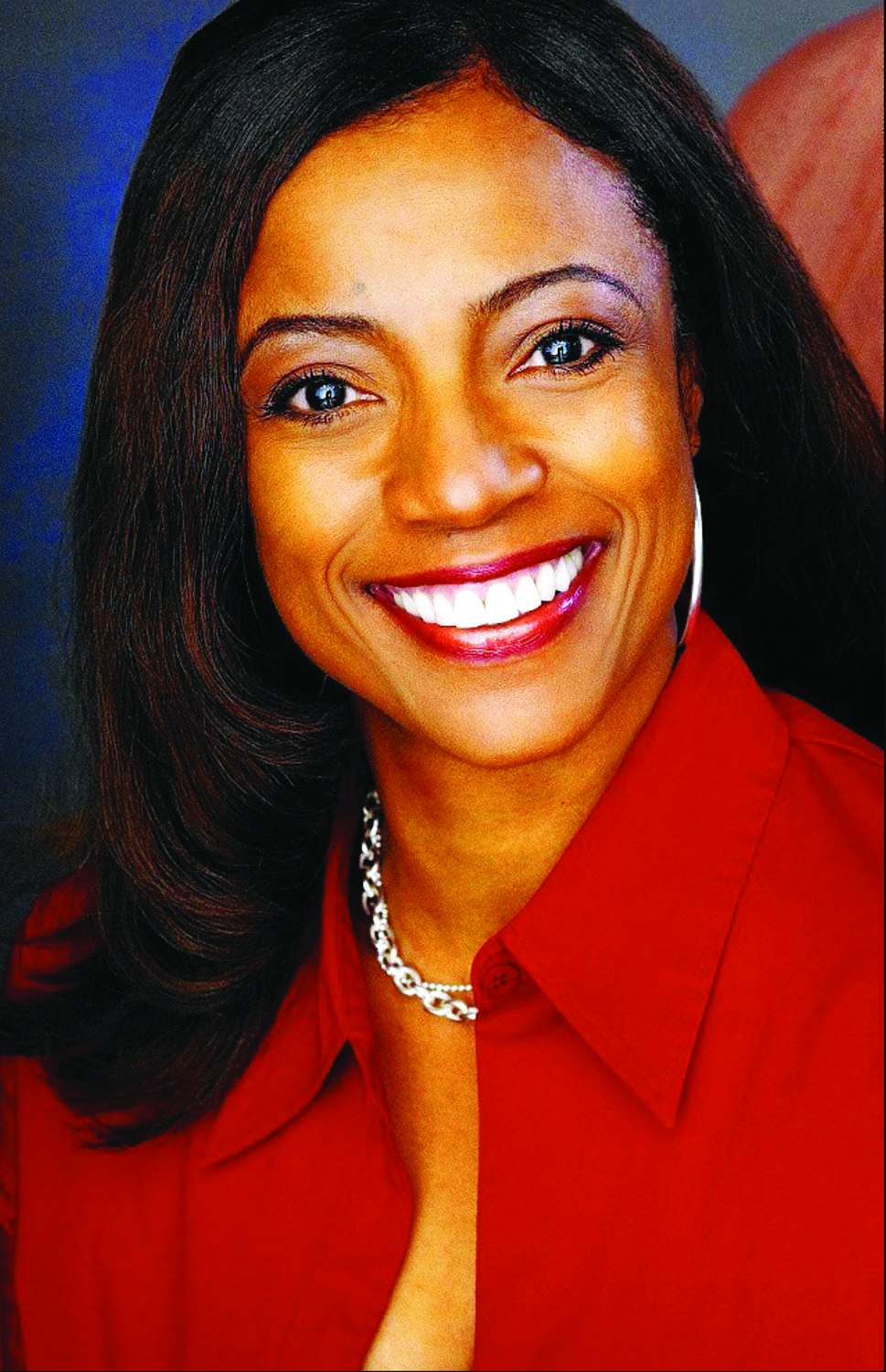 Like many millions of people around the U.S., you, no doubt, were greatly endeared to the beautiful teen daughter “Thelma” on the old hit sitcom “Good Times.” Each week, before cable and satellite television became ubiquitous, Americans across every demographic would tune in to see the latest adventure of the Evans family, who lived in Chicago’s densely-populated, inner-city Cabrini-Green projects.

For many, the Evans characters became as familiar as members of their own family. You shared their hopes, their dreams, their heartbreak and tragedies, their determination and resolve. There were the parents “James” and “Florida,” brothers “J.J.” and “Michael,” and the only daughter, teen heartthrob “Thelma,” given an engaging, naturalistic performance by actress BernNadette Stanis.

When popular television series fade into history and syndication, loving fans often ask, “Where are they now?” Well, I am about to re-introduce you to Stanis and you won’t be at all disappointed. Ms. Stanis and I have had the occasion to chat on several occasions recently. The discussion always came back to her book “The Last Night: A Caregiver’s Journey through Transition and Beyond.” It chronicles her mother’s last full night on Earth and paints an in-depth, particularly deft portrait of Stanis’s experience as a dedicated, keenly-focused caregiver. The book is well-structured and is written in a very conversational, easily accessible style that will have you turning each page in anxious anticipation of the next moment.

The actress shares frank insight on her own family, her childhood in the Brooklyn, New York, Brownsville community, her father’s tragic murder, her winning the cherished role of
“Thelma,” the off-camera mother-daughter relationship she shared with her TV mom Esther Rolle, and memories of the five stellar seasons of “Good Times.” But ultimately, the book is about her relationship with her mother Eula, best defined, in Stanis’s own words, as “a love story.”

“We had a very, very close relationship,” Stanis said. “She was my best friend and I trusted her with everything. She told me the truth, good or bad. I learned when I was young that it was best to listen to her, because she knew what she was talking about.” When asked in fact how Stanis might describe her mother in a single word, the response was immediate. “Wise,” she said. “Wise.” This was perhaps best illustrated as the “Good Times” series was drawing to an end.

Stanis and the rest of the cast had been offered two options. They could either settle for a rather large, attractive, one time lump sum payout or they could accept residuals, an ongoing, more modest payment each time an episode of the show is seen. “I was pretty young still,” Stanis said, “so I called my mom. She said, ‘I’m not there. Your lawyer’s not there. You don’t sign anything!’ And I went back in there and said, ‘I’m not going to sign anything!’ That was the end of that!” Stanis chuckled at the memory, then added, “To this day, I still get my residuals. That was before things like cable. Who knew back then that ‘Good Times’ would explode to what it is today?”

“There are so many favorite memories of my mother,” Stanis added. “We had so much fun together. We used to like to go to the movies together. We would talk all of the boyfriend stuff together when I was younger. She was just such a cool lady. I just loved everything about her.” Eula Stanis also played a pivotal role in her daughter being cast as “Thelma.” She had wanted young BernNadette to participate in the very popular African-American beauty pageants being staged by prolific entertainment entrepreneur Hal Jackson. But there was a problem. The pageants at the time were exclusively for young women age 18 and over, older then the starry-eyed BernNadette. Her mother earnestly petitioned Jackson for a pageant for younger Black women, age 13 to 17. He listened.

“The very next year, that’s exactly what he had,” Stanis said, “and of course I was in it. I begged my mom to be in it.” Then, later, the eager teen had a crisis of confidence. “The day of the show, I decided I didn’t want to go. I would say that I was a little nervous I wouldn’t win.” But her mother intervened. Stanis recalled her saying, “We’re not having that. Not at all!” So young BernNadette performed and a good thing too. She didn’t win, but a talent manager was in attendance, saw genuine potential in the talented teen, and approached her mother with news about a new television series, advising that they were looking for someone to portray a daughter. A short while later, Stanis auditioned for the role of “Thelma.” Then the waiting began. Eventually, the good news came. “I was out at the store that day,” Stanis said. “I remember when I came home my mother was sitting on the couch and she had this look on her face. I said, ‘What?’ and she said, ‘You got it! They picked you for Thelma.’ I kept saying, ‘Really, Ma? They picked me! They picked me?”

As Stanis fondly recalled that moment, her voice subdued by her hallmark youthful energy, I found myself having quite a surreal experience. I felt transported back to “Good Times,” talking to “Thelma.” When I shared that personal moment, her laughter was infectious. But there was another time, when someone else made a comment about her “Good Times” character, that Stanis found heart wrenching.

She had already noticed that her mom was beginning to confuse things, an indication that something was surely amiss. Yet, this particular occurrence was especially alarming. Enamored with “Thelma’s” presence on the screen, yet oblivious for the moment that it was her very own daughter, Stanis’s mother said, “That’s a cute little old girl.” The culprit was Alzheimer’s. There had been earlier signs. “I noticed that something was going on,” Stanis said, “when she came to a play that we had done and she wasn’t ‘put together,’ the way I know my mother can be. She was speaking well and nothing else seemed to be wrong. The only thing that was wrong was that her outfit wasn’t right.”

Such began a circuitous journey best defined by unique, unprecedented challenges, escalating frustrations, and exquisite memories that will forever linger in the passionate actress’s soul and her spirit. “I was praying all of the time,” Stanis said, “that I would find an answer to the problem that Mommy was having. I couldn’t find an answer to this Alzheimer’s thing. They kept saying, ‘There’s no cure. There’s no cure.’ And I’m thinking, she’s doing better. She’s looking healthy. Things like that. I was determined. I just couldn’t believe that any disease could do this. There’s got to be an answer. I was looking every day, day and night, and the answer was always the same.”

Alzheimer’s assault was relentless and methodical. It took its toll on both the actress and her mother, especially in her more lucid moments, and Stanis didn’t always mask her angst as well as she thought. “There were times that she would grab my hands and say, ‘Thank You!’ I know she knew that it was hard on me, but she was there with me. I remember one day I said to her, ‘Mom, we used to talk about everything’ and she looked at me and she said, ‘I’m still here.’” Five years to the day that Eula Stanis spent her last full night on Earth, her daughter and I spent an hour talking about her. Stanis shared some very private, very special moments.

“I said, ‘We had fun!’ I wanted to use the words ‘Good Times.’ I said, ‘We had a GOOD time! But it’s not over yet.’ I don’t know why I said that, but I said, ‘It’s not over yet.’ And then she left. That was 4 o’clock in the morning, on the 6th.” BernNadette Stanis’s mother passed on October 6, 2011. But her spirit lives on in her extraordinary daughter and can also be found in the pages of “The Last Night: A Caregiver’s Journey through Transition and Beyond.” It can be ordered at www.thelmaofgoodtimes.com. You really should pick-up a copy. If you loved “Thelma” from “Good Times,” wait until you really get to know BernNadette.