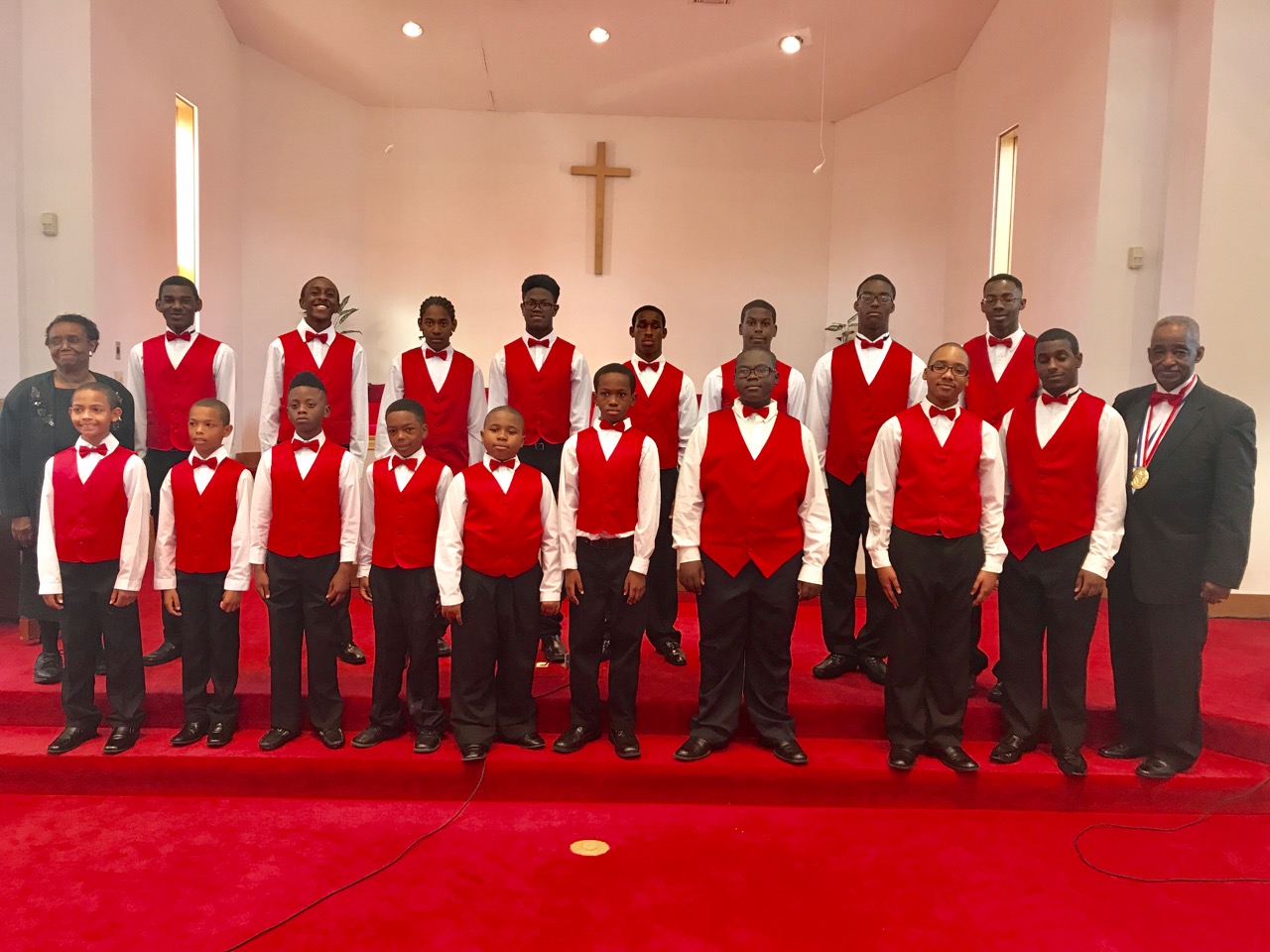 To commemorate the September 1997 vision of Yvette Shephard and Steven Kolb which was to have Mrs. Geraldine T. Boone organize a boys’ choir in the Park Place area of Norfolk as a resource for boys to expand their positive image through singing, the Board of Directors of the Boys Choir presented the Twentieth Anniversary Concert and Dinner Banquet.

The Boys Choir’s first director was the late Carl Harrison whose guiding force and artistry laid the framework for which this great choir was built. Mr. Alonza Lawrence succeeded Mr. Harrison and continued the choir’s development and growth until he went to further his musical studies.

Over the last twenty years, the Boys Choir has become so popular and admired that requests to join have come from all across the Hampton Roads area thus, subsequently the name was changed to The Boys Choir of Hampton Roads.

The Boys Choir is honored to have had the opportunity to perform with the Virginia Symphony Orchestra as well as Af’ram Fest, Granby Street Meet and Greet, Norfolk’s Pre-Illumination Parade, M.L. King Memorial, The Attucks Christmas Presentation of “The Nutcracker” and Nauticus to name a few and has traveled and performed at the National Association of Negro Musicians, Inc. Conferences held in Colorado, Philadelphia, PA, Dallas, TX, Nashville, TN, Washington, DC, West Palm Beach, Florida, and most recently, New Orleans, Louisiana.

Submitted by Julius McCullough
Special to the New Journal and Guide

Follow us
In this article:Boys Choir of Hampton Roads