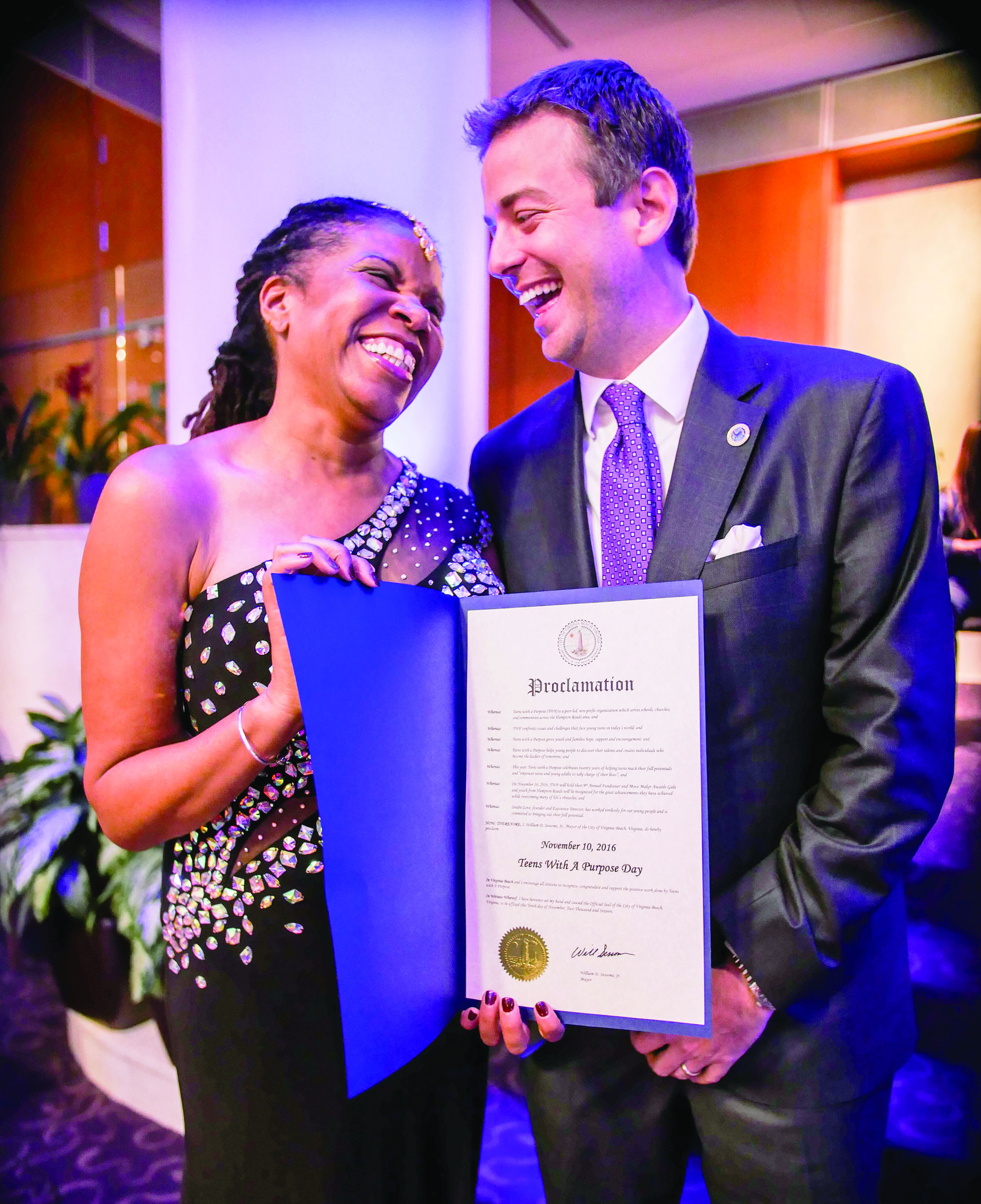 VIRGINIA BEACH
Teens With a Purpose (TWP), a local creative youth development organization, celebrated 20 years on November 10 at the Sandler Center for the Performing Arts with its annual fundraiser gala. Mayor William Sessoms declared November 10 as “Teens With a Purpose Day” in Virginia Beach, and Councilman Ben Davenport presented the mayor’s official proclamation. This year’s event was the 9th TWP fundraiser gala which is one of the major ways the community comes together to support TWP’s free, year-round programs. The group provides a school-based club, workshops, volunteer opportunities, teen summer camps, a performance season, and an annual poetry competition. The 2016 TWP Gala included live music, poetry, gourmet food, a silent auction and post event concert.

A key element to the evening was the Move Maker award and scholarship program, recognizing youthful potential, and the perseverance and tenacity of young people. The 2016 Move Maker Award recognized 43 youth (12 -18) from Hampton Roads who have made significant strides over the past year while overcoming daunting obstacles. Many of the young people nominated for this award have never been celebrated before, this may be their first time dressing up and attending a lavish event where they are the true VIPs. The top Move Makers received the Adam Haylock Scholarship. The monetary award will help advance their aspirations.

Two young men were crowned winners of the 2016 Move Maker Award: Malik Jordan, Lake Taylor High School, a TWP member who has overcome the pressures of his neighborhood and still has achieved many great accomplishments like being a peer educator, public speaker and a camp counselor. Also, awarded was Brandon Santee of Princess Anne High school, a special young man who would not let his recent diagnosis of a health matter diminish his ability to pursue his dreams.