“The accumulation of all powers, legislative, executive, and judiciary, in the same hands, whether of one, a few, or many, and whether hereditary, self-appointed, or elective, may justly be pronounced the very definition of tyranny.” – James Madison, Federalist 47, 1788.

Article Two, Section 2, Clause 2 of the United States Constitution directs the President, “by and with the Advice and Consent of the Senate,” to appoint judges of the Supreme Court.”

It doesn’t outline when, or under what conditions the Senate may consent. It doesn’t say how many days from an Election Day or during months ending in Y or only when Venus is in retrograde.

The Framers of the Constitution expected the duly- elected and sworn members of the United States Senate to exercise their best judgement regarding lifetime appointments to the nation’s highest court- not to play partisan games or use it to score political points.

That the Senate failed those expectations miserably when it came to the nomination of Merrick Garland in 2016 is hardly in dispute. The nomination will stand and as one of the worst examples of dereliction of duty in the Senate’s history. Until, possibly, the one about to come before it.

The President of the United States is under investigation by a special counsel. His advisors have openly floated the possibility of his pardoning himself. The question of whether a sitting president can be indicted is vigorously debated in public. The legality and validity of summonses and subpoenas issued to the President are being challenged.

The Supreme Court will decide these issues, and the President must not be permitted to choose the justice who may cast the deciding votes in his own case.

There’s no rule about that, because the Senate is expected to exercise judgement in its duties.

Supreme Court nominations long have been seen and treated across the political spectrum as an opportunity for the President to advance his -or one day, her – ideological agenda. Until Garland’s nomination, this was accepted as a President’s prerogative. Liberals are bound to oppose a conservative appointee’s positions on the issues and vice versa. This nomination is far different.

Whether the President is to appoint a justice who will almost certainly rule on issues affecting the president’s own case is hardly a partisan issue. But there are other solid reasons why the Senate should withhold consent to a Supreme Court appointment at this moment in history. The President has expressed a shocking and unprecedented demand that his appointees and those who serve in his administration pledge their loyalty to him, and not to the nation. Leaders of his party in the Senate have adopted that fealty, partly out of political cowardice.

There is almost no chance that a Supreme Court Justice appointee by this President, confirmed by this Senate can be expected to function as an independent check on Presidential and Congressional authority.

Again, this is not a partisan concern. Montesquieu, the political philosopher whose work influenced the Founding Fathers, wrote: “There is as yet no liberty if the power of judging be not separated from legislative power and the executive power.”

Faith in our political institutions is at a low point. The appointment of a Supreme Court Justice under such a cloud can only serve to further erode it. History will judge this Senate harshly if it’s leaders do not set aside crass partisan grasping and act in the best interest of the nation at this crucial junction.

Follow us
In this article:Marc H. Morial, Supreme Court 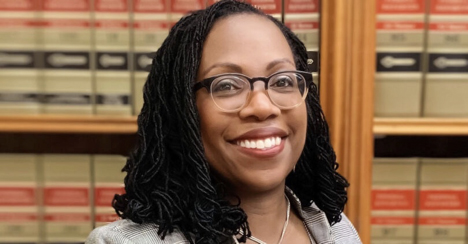