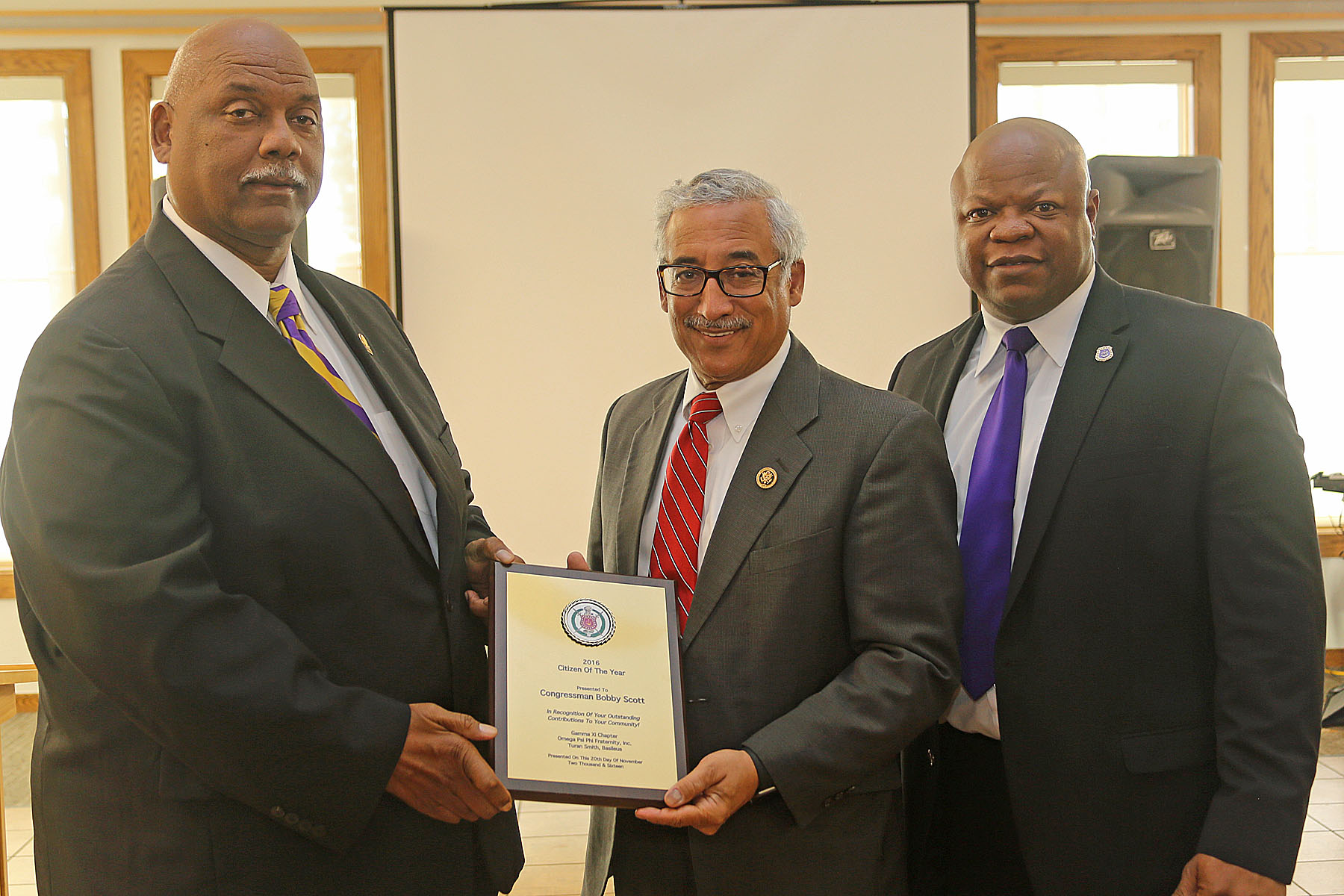 The annual event was held Sunday, November 20 at the Pavilion at Bide-A-Wee Golf Course in Portsmouth, VA. Michael Williams, Zeta Iota, served as emcee. A capacity crowd was on hand to hear a keynote address given by Chief Tonya Chapman, Portsmouth’s Chief of Police.

Nathan Woodard and James Barber were both recognized for Superior Service by the Va. Beach-based chapter.

Chesapeake’s Sigma Kappa Kappa Chapter presented community activist, Nishell Buffalo as its Citizen of the Year. Omega Man of the Year honors went to Justin Hampton, the Founders Award to Will Bronson and Superior Service to Kodi Fleming.

Old Dominion’s Tau Lambda Chapter presented Morgan Michael Collens as its Citizen of the Year and Leon Brewington as its Omega Man of the Year. The $1000 award for best essay written by a high school senior went to Darren Johnson of Tallwood High School in Va. Beach, Va.