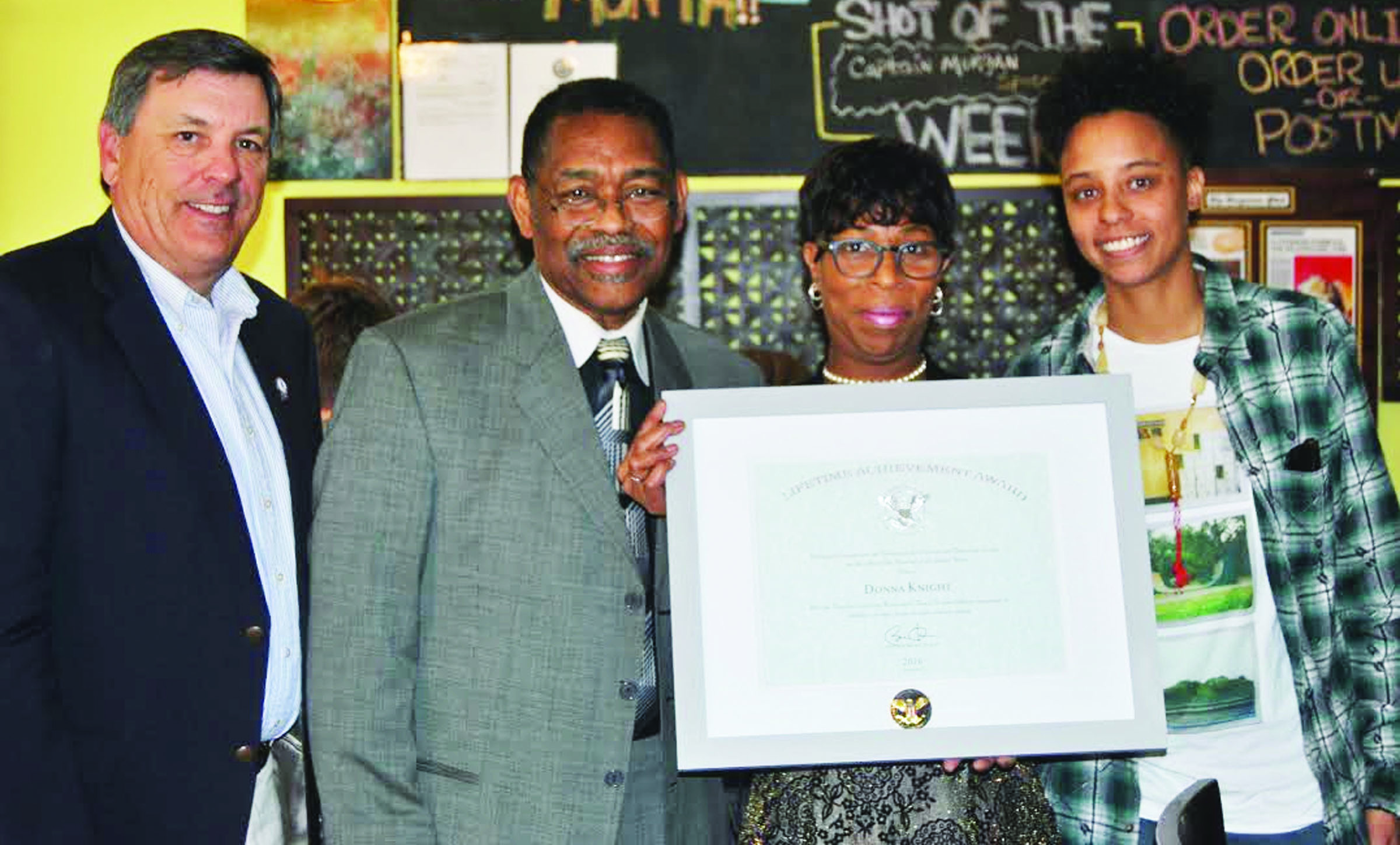 Each of the six honorees received the special award during a recent ceremony at the Island Krave Restaurant in Norfolk. All of the honorees have volunteered from 8 to 13 years at the Commonwealth Challenge Youth Academy, which is a program for at-risk youth that is operated by the Virginia National Guard. To qualify for the award, which includes a certificate, an official pin, medallion or coin and a congratulatory letter from the president of the United States, an individual must have volunteered more than 4,000 hours for 8 to 13 years.

“My journey with the Commonwealth Challenge Parent Association began when my nephew attended,” said Perry, one of the honorees, who has headed the non-profit since 2005. “I took the necessary actions to get our 501CE-IRS certification. Begging for money was now legal.”

Describing some of the events he and other volunteers have participated in during the past decade, Perry said, “I purchased a truck back in 2005 thinking it was for towing my boat. Little did I realize how much it would help in the many tasks that have presented themselves.”

During the past decade, the group has also sponsored fundraisers and helped to sponsor activities at the academy, including family day, graduation, and admission activities.