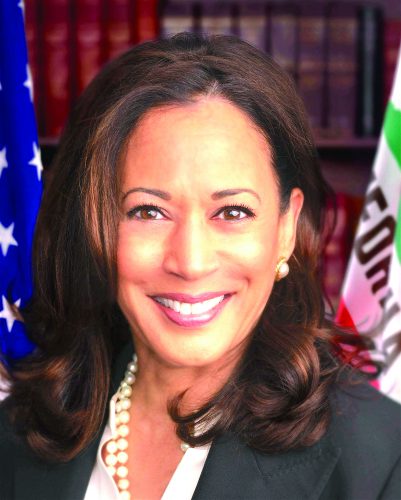 U.S. Senator Kamala D. Harris, a member of the Senate Judiciary Committee, released the following statement on her vote on the nomination of Judge Brett Kavanaugh to be Associate Justice of the Supreme Court:

“When Judge Brett Kavanaugh was first nominated, I said that he represents a direct and fundamental threat to that promise inscribed above the Supreme Court, ‘Equal Justice Under Law.’

In the weeks since then, the basis for my concern has been confirmed.

Senate Republicans used raw power to rush an unfit nominee onto the Supreme Court when the American people have more questions than answers about Judge Kavanaugh’s suitability to serve.

When Dr. Christine Blasey Ford came forward with serious and credible allegations of sexual assault, not only was she attacked by Senate Republicans, she was mocked by the President of the United States. The White House then prevented the FBI from investigating critical aspects of the allegations or interviewing key witnesses – not even permitting the FBI to interview Judge Kavanaugh and Dr. Ford.

The Judge Kavanaugh the American people saw before the Judiciary Committee does not have the character, the temperament, or the judgment to sit on the highest court in our land. His own partisan, evasive, dishonest, and aggressive testimony demonstrates that we cannot trust him to be a fair and unbiased jurist. He is simply unfit. The Senate should have put partisanship aside and demanded better.

Millions of Americans are rightly outraged at this hasty and unjust process, which threatens to cloud the legitimacy of the Supreme Court of the United States. And they are rightly fearful that Justice Kavanaugh will undermine Roe v. Wade, roll back access to affordable healthcare, and side with powerful and partisan interests over the most vulnerable.

It is now up to each of us to continue to fight for justice and equality and hold our government accountable.”