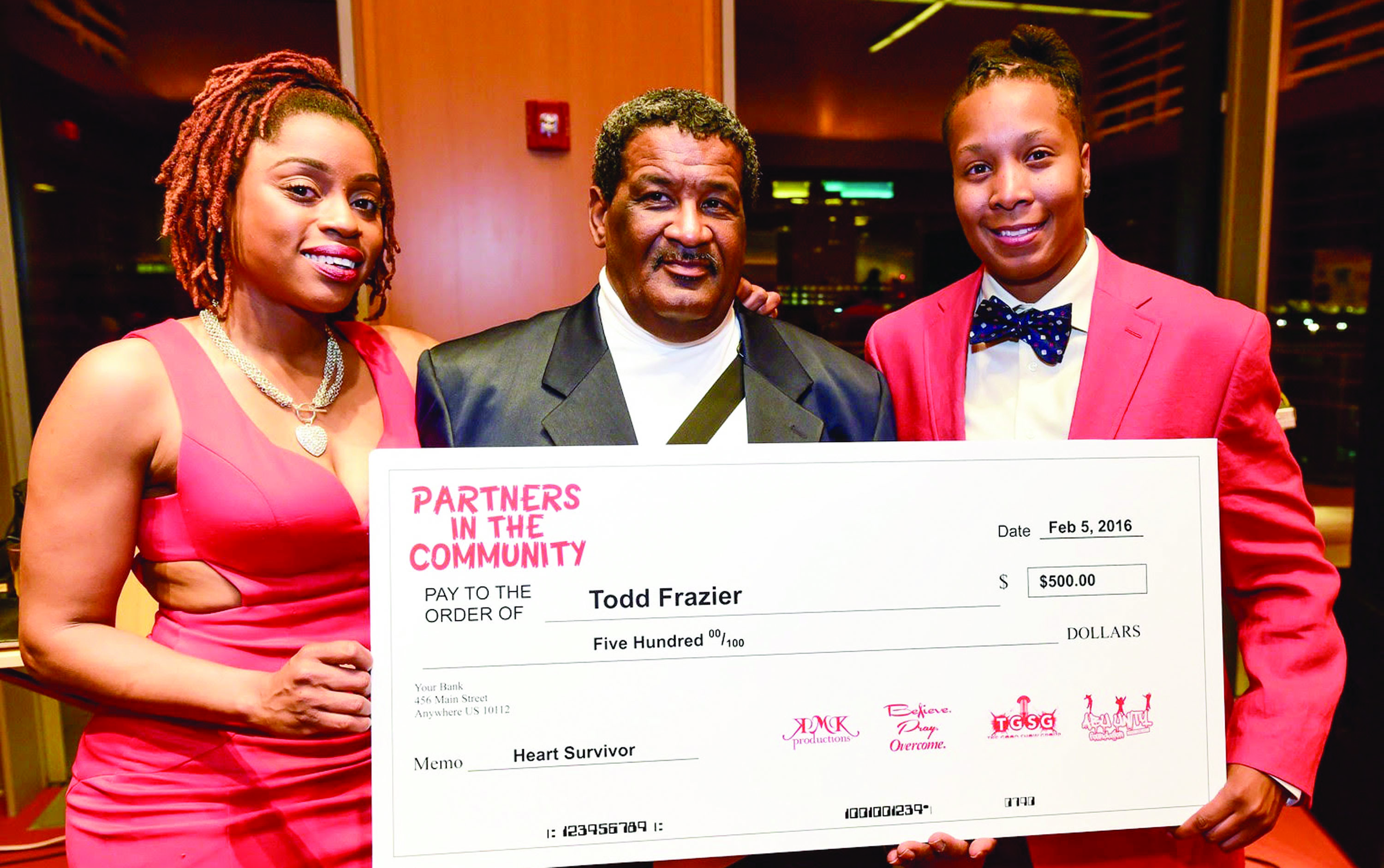 Wimbish rolled up her sleeves and launched The Annual Heart Gala. The first year, women wore elegant red evening gowns to honor her late grandmother, Sarah C. Rogers, who was a devoted member of Delta Sigma Theta Inc., before she passed in 2001. Men meanwhile wore tuxedos, and youngsters wore formal wear to the first annual Black-tie fundraiser that was held four years ago to raise awareness about heart disease. Now, the 4th annual gala will be held Feb. 3 at Half Moone Cruise and Celebration Center from 7-11 p.m.

“Every year the event grows,” said Wimbish who heads KMK Productions, a marketing company. “The first year 300 people came. The next year 500 people came. Last year, we had 700 people. It was crazy. My grandmother was a Delta and she loved red.”

The point is sudden clarity came on the heels of her grandmother’s unexpected heart attack. And, Wimbish launched the first gala to increase awareness, and to raise funds to help heart disease patients and survivors buy medication and pay living expenses. Ranked as the No. 1 killer among all ethnic groups nationwide by the Centers for Disease Control, heart disease kills 48 percent of all African-American women and 44 percent of all African-American men.

“Grandmother didn’t tell her family that she had heart disease until the very end,” Wimbish said. “But we learned she had been taking medication. She didn’t tell us. She didn’t want us to worry. And that is what I stress at each gala and at the events we hold throughout the year. Let people know what you are going through. The last thing you want is to go to work one day and have a stroke or a heart attack.”

Wimbish added, “You should come this year because heart disease is secretly killing us.”

The numbers shine a light on the secret killer. Blacks make up about 25 percent of the 610,000 people who die of heart disease each year in the United States, according to the Centers for Disease Control and Prevention. While about 1.5 million Americans suffer from heart attacks and strokes, you can take care of your heart and prevent heart disease.

Each gala focuses on prevention. Thanks to multiple partnerships including one with Sentara Heart Hospital, which funds most of the expenses that the gala incurs, prevention is stressed at each annual gala.

But can an annual Black tie gala make more people of color open-up about a silent killer, a topic that many minorities whisper about or avoid?

“Yes,” Wimbish said. ”I have a marketing and branding background and I decided to create fun things to make people want to be involved in discussions on heart disease. At the gala we will have vendors who pass out information, a heart-friendly menu, and a fashion show. Our models are heart disease survivors who tell their own survivor stories.”

Like dominos fall, the same thing happens after more people open-up about heart disease. It pushes others to open-up. For example, Wimbish said she asks survivors and patients to stand up or raise a hand at each gala. “Every year more and more people are standing up or raising their hand. Then more people stand up to join them. They motivate each other. In fact, I was stunned to see one of my relatives walk up to the front when I called for survivors.”

The domino effect is also pushing an increasing number of volunteers to work at each gala. Each year, more volunteer makeup artists, beauticians, and barbers sign-up to transform heart disease patients and survivors into models who strut down the runway at each annual gala. Meanwhile, more people buy tickets to enjoy the gala’s heart-friendly menu that includes lean meat, fresh fruit and veggies.

And more people are attending the twice-annual fitness event that Wimbish hosts (after each gala) with T2Fitness, a Virginia Beach health facility owned by Tasha Turnball. And attendance is increasing at the heart-friendly brunches that Wimbish hosts throughout the year.

The point is heart disease is slowly moving from the shadows to center stage. “But it is so time consuming,” Wimbish acknowledged, laughing. “But valuable partnerships are formed at each gala. So it’s worth it. I want to encourage everybody to come out to this year’s gala. Put on your red gown, or tuxedo and red bow ties or red tie. It’s a great place to network.”
Tickets cost $50.

For more information, please phone 309-8227 or go to heartbeatgala2017.eventbrite.com