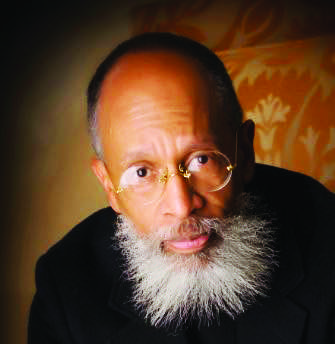 Records of the Central Lunatic Asylum for Colored Insane” will be the topic of a talk by King Davis, Ph.D. to the Middle Peninsula African-American Genealogical and Historical Society (MPAAGHS). Davis will speak at the society’s monthly meeting on March 10 at 11 a.m. at the Essex Public Library, 117 North Church Lane (Rt. 17), Tappahannock, Virginia.

This presentation will identify and describe the results from the first long-term research project to preserve and analyze the historic records from the Central Lunatic Asylum for Colored Insane (CLACI) in Petersburg, Virginia. Commonly known as Central State, the Asylum was established in 1868 as the first of its kind in the United States.

From 2008 to 2018, the project stabilized and digitized over 800,000 public records, documents, and photographs that detail the origins of the hospital and the racially segregated services provided for close to 100 years. Of value to genealogists, the presentation will also describe the first 30,000 individuals admitted to the institution. The project is generously funded by the Andrew Mellon Foundation of New York.

King Davis is professor of research in the School of Information and African-American Studies at the University of Texas at Austin. He is the principal investigator for the Central State digital archives project. an $800,000 multi-disciplinary digital archives project at Central State Hospital. He is a former Commissioner of the Virginia Department of Mental Health (1990 to 1994), and held endowed chairs in the Departments of Psychiatry and Behavioral Science at the University of Virginia, Medical College of Virginia, and Eastern Virginia Medical School.

The public is cordially invited to attend the meeting. For further information about this meeting or about MPAAGHS, visit mpaagenealogicalsociety.org, email mpaaghs.va@gmail.com, or call (804) 758-5163. MPAAGHS annual dues of $20 may be paid at the meeting or may be mailed to MPAAGHS, PO Box 1114, Dunnsville, VA 22454.