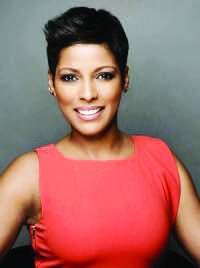 Tamron Hall has hosted “Deadline: Crime with Tamron Hall” on Investigation Discovery since 2013. She also led a “Guns on Campus: Tamron Hall Investigates” special in which she interviewed two survivors with different viewpoints in the debate on campus safety.

Before she joined Investigation Discovery, Tamron Hall was co-host of the third hour of NBC News’ “TODAY” show and the anchor of “MSNBC Live with Tamron Hall.” She received the 2015 Edward R. Murrow Award for Reporting: Hard News in Network Television for her segment on domestic violence in Today’s “Shine A Light” series. She also served as a correspondent for the NBC News special “The Inauguration of Barack Obama,” which won an Emmy for outstanding live coverage in 2010.

Previously, Hall spent 10 years at WFLD TV in Chicago, where she held a number of positions, including general assignment reporter, consumer reporter and host of the three-hour “Fox News in the Morning” program. She also anchored the weekday morning show and was a noon anchor. At WFLD, she was nominated for an Emmy for her consumer segment, “The Bottom Line.”

Hall started her broadcasting career as a general assignment reporter at KBTX in Bryan, Texas, and KTVT in Dallas. She received Temple University’s Lew Klein Alumni in the Media award in 2010 and was appointed to Temple’s board of trustees in 2015. Hall is active with several charitable organizations that address homelessness, illiteracy and domestic abuse.
RSVP at odu.edu/univevents • All lectures are free and open to the public. Seating is limited.