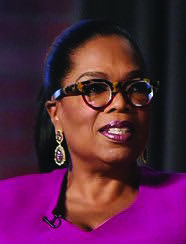 Six months after Tyler Perry announced plans to switch from OWN-TV to Viacom this past July, Oprah Winfrey said she has sold a majority interest in OWN to Discovery Communications for $70 million, according to recent news reports.

Winfrey and Discovery owned 50-50 of OWN until the recent deal was announced. Now Silver Springs, Md.-based Discovery owns an additional 24.5 percent of nearly six-year-old OWN, where Winfrey will continue to serve as chief executive through 2025. This is the first time Oprah has sold stock in OWN since it was launched in Chicago in 2011 and relocated in 2015 to West Hollywood, Calif.

Perry, who some call a one-man movie and TV empire, left TBS after six lucrative years and signed an exclusive deal with OWN in the fall of 2012, according to Vanity Fair.

At his new post with Viacom, according to The New York Times, “The film deal starts immediately, but the TV and video components won’t begin until 2019, when Perry’s agreement with OWN: Oprah Winfrey Network expires. The Viacom deal is to run through 2024.”

Perry’s agreement with OWN: Oprah Winfrey Network expires. The Viacom deal is to run through 2024.”

Winfrey and Perry made headlines in 2013 when they joined forces in a history-making deal for Winfrey’s then struggling OWN network. About four years later in July 2017, Perry entered into a comprehensive, multi-year content partnership with Viacom Inc.

Viacom is the parent company of BET, Comedy Central and several other networks. Under the agreement, Perry will produce approximately 90 episodes annually of original drama and comedy series for BET and other Viacom networks, and Viacom will have exclusive licensing rights on this programming.

OWN president Erik Logan attributes the turnaround at OWN to Tyler Perry. The success of his dramas, including The Haves and the Have Nots and If Loving You Is Wrong, led the network to seek out more scripted content, which was not part of Winfrey’s original plan. OWN was supposed to be an extension of her favorite topics: spirituality, wellness, jarring and aspirational true stories. Then she saw Perry’s ratings. In 2014, both shows were setting records for the network, bringing in millions of devoted new viewers.

“Had we not taken that step in that direction, I’m not sure we’d be sitting here where we are today,” Logan said in a recent Vanity Fair interview.

News reports do not connect Winfrey’s recent transaction with Discovery to behind-the-scenes conflict with Perry. However, news reports said their relationship was on the rocks months before Perry signed his new deal with Viacom. For example, a March 2016 BET report said, “Rumors surfaced last week that Oprah Winfrey and Tyler Perry’s friendship was on the brink, reportedly due to creative differences and ego clashes.”

Meanwhile, The Daily Mail noted, a “source close to the two Hollywood moguls” said their relationship became strained because the Madea franchise star refused to acknowledge Oprah’s suggestions for his show.”

According to the Daily Mail Online, Oprah said Tyler was difficult to work with and she does not like that he cannot take constructive criticism. She was angry over a magazine headline that read ‘The Brand Keeping Oprah in Business.’ It featured Perry.