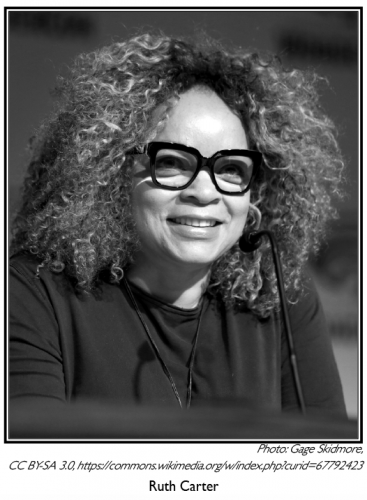 Publisher’s Note: This article first appeared in the New Journal and Guide in February 2018. On Sunday Feb. 24, 2019 Ruth Carter became the first woman ever to win an Oscar for a super hero film and the first African-American woman to win for “Best Costume Design.”

Sometimes, a journalist can interview a person so dynamic, whose accomplishments are so distinctive and unprecedented, their career already speaks volumes. Such is the case with celebrated Hollywood costume designer Ruth E. Carter.

Ruth and I first met when she was a student at Hampton University. We shared the stage in a production of Langston Hughes’s play “Simply Heavenly.” I had no idea at the time that this gorgeous young woman would create her own curriculum at Hampton. The university offered no program in costume design. Such indomitable initiative heralded the extraordinary promise her career would soon yield.

Ruth is the first African-American costume designer to be nominated for an Academy Award and has garnered 2 nominations thus far, for Spike Lee’s “Malcolm X” and Steven Spielberg’s “Amistad.” She has designed 14 of Lee’s films, holds the records for the most costume designs for African-American historic films and series, and received an Emmy nomination for the 2016 “Roots” reboot. There has been much hubbub about the likelihood of her receiving a 3rd Oscar nomination for “The Black Panther” and, if she should win, she would be the first woman ever to win for a super hero film and the first African-American woman to win for “Best Costume Design.”

REC: It was entirely up to Ryan Coogler (director) and Nate Moore (executive producer). I just put together files to show them, but during the interview my files wouldn’t open, because Marvel Studios is a secure space, so websites like Dropbox… you don’t have access to them. So, I was a little bit stressed out. Nate Moore went and got his computer. While he did that, Ryan Coogler put me at ease. It let me know that he just wanted to have a conversation. Then, I was able to show him images and he later walked me to his office and it turned out that some of the images I collected, he also had collected. So that was kind of nice to see. He told me when he was a little boy, his dad took him to see ‘Malcolm X’ and he never forgot it. That put me at ease immediately.

TAA: Twenty-five years ago, you designed the costumes for a different kind of of super hero film The Meteor Man. Did you have any idea you’d ever designed for such a major project like The Black Panther?

REC: I have my own private library that I can use as a jumping off point. I usually spend an hour or more digging through my own library. I have a team and we do a lot of online research, looking at images of different types. Some things happen organically. I was in Miami at the W (hotel), waiting in the lobby for a car to pick me up. They had a display of African wearables… masks, necklaces. There was a book on the table. It was called African Ceremonies. I used the African Ceremonies book as kind of my inspiration for a lot of things.

I didn’t know that the Maasi warriors wore these beautiful headpieces with feathers and that it’s significant to their manhood and their rank in their community. The Himba women cover themselves in red clay that is actually mixed with shea butter and the oxidized soil creates a natural sunscreen. There were just so many things that were educational about what we did with ‘The Black Panther.’

REC: I feel the biggest challenge was to switch channels and get on another page with another artist who was creating something for me; then, flying back to L.A. from Atlanta to approve the progress… really trying to orchestrate all of the different components coming together. But I had some amazing, talented craftspeople and assistants working with me.

REC: Thirty years ago, Spike Lee told me, ‘Don’t think about a nomination,’ when he asked me to come onboard to design ‘Malcolm X.’ I’ve lived by that. As much as to be recognized by your peers is an honor, the politics of nomination is not exactly why I am in this industry. Why I am in this industry and why I am a costume designer has more to do with how everybody is reacting to even just seeing the trailer. That’s the prize right there! 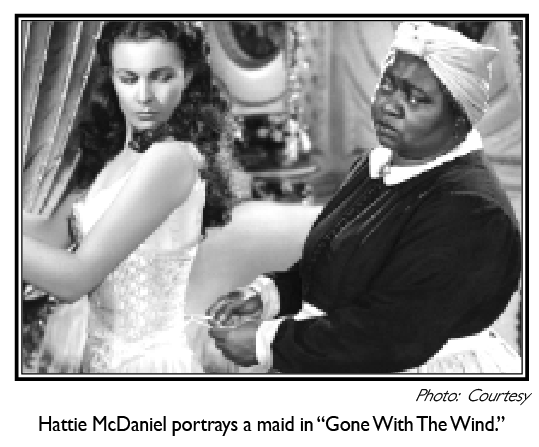