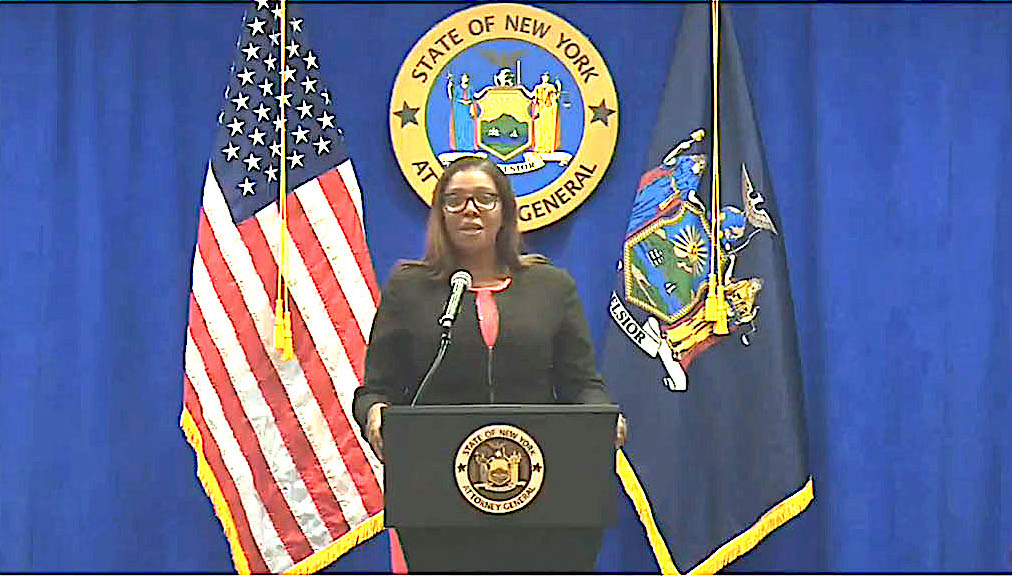 New York Attorney General Letitia James has launched what many may perceive as a proverbial David v. Goliath battle, filing a suit that seeks to dissolve the powerful National Rifle Association (NRA).

In a news conference held on Thursday, August 6, Attorney General James announced the charges levied against the organization.

The filing alleges illegal conduct and corruption, stating: “…their diversion of millions of dollars away from the charitable mission of the organization for personal use by senior leadership, awarding contracts to the financial gain of close associates and family, and appearing to dole out lucrative no-show contracts to former employees to buy their silence and continued loyalty.”

The State of New York alleges that the organization, its vice-president Wayne LaPierre, former CFO Wilson Phillips, former Chief of Staff and Executive Director of General Operations Joshua Powell, and Corporate Secretary and General Counsel John Frazer failed to manage the NRA’s funds and failed to follow numerous state and federal laws, contributing to the loss of more than $64 million in just three years for the NRA.

“The NRA’s influence has been so powerful that the organization went unchecked for decades while top executives funneled millions into their own pockets,” said James. “The NRA is fraught with fraud and abuse, which is why, today, we seek to dissolve the NRA, because no organization is above the law.”

James cites numerous examples where the four defendants listed in the complaint “failed to fulfill their fiduciary duty to the NRA.”

She alleges that the accused used millions of dollars from NRA reserves funds for personal use, including trips for them and their families to the Bahamas, private jets, expensive meals and other private travel.

In addition to shuttering the NRA’s doors, Attorney General James said she’s seeking to recoup the millions in lost assets and stop the four defendants from serving on the board of any not-for-profit charitable organization in the state of New York again.

According to the Attorney General’s filing, the four individuals “instituted a culture of self-dealing, mismanagement and negligent oversight at the NRA that was illegal, oppressive, and fraudulent.”

“They overrode and evaded internal controls to allow themselves, their families, favored board members, employees, and vendors to benefit through reimbursed expenses, related party transactions, excess compensation, side deals, and waste of charitable assets without regard to the NRA’s best interests,” James noted.

When board members challenged LaPierre and others over their financial governance and leadership of the NRA, it’s alleged that LaPierre retaliated and turned the board against those who attempted to challenge the illegal behavior.

According to the lawsuit, LaPierre, Phillips, Powell, Frazer and other executives and board members at the NRA allegedly abused their power and illegally diverted or facilitated the diversion of tens of millions of dollars from the NRA.

“These funds were in addition to millions of dollars that the four individual defendants were already receiving in grossly excessive salaries and bonuses that were not in line with the best practices and prudent standards for evaluating and determining compensation.”

Leadership at the NRA also failed to assure standard fiscal controls, failed to respond adequately to whistleblowers, affirmatively took steps to conceal the nature and scope of whistleblower concerns from external auditors, and failed to review potential conflicts of interest for employees, according to the complaint.

According to James, the NRA violated various laws, including the laws governing the NRA’s charitable status, false reporting on annual filings with the IRS, and the OAG’s Charities Bureau.

The NRA’s failure to comply with multiple fiduciary responsibilities and state and federal laws resulted in the NRA’s seeing substantial losses on its balance sheet, the complaint stated.

James said that her office began looking into the NRA in February 2019 and now seeks to dissolve the organization.

She’s asking a federal court judge to order LaPierre, Phillips, Powell, and Frazer to make full restitution of funds they unlawfully profited from along with the salaries earned as employees along with additional penalties.

The State of New York is also seeking to recover illegal and unauthorized payments to the four individuals, remove LaPierre and Frazer from the NRA’s leadership (the NRA no longer employs Phillips and Powell), and ensure that none of the four defendants can ever again serve on the board of a charity in New York State. 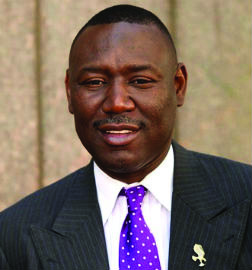 By Frederick H. Lowe Special to Trice Edney News Wire from NorthStarNewsToday.com TriceEdneyWire.com Police in Alabama shot to death a Black man with a...