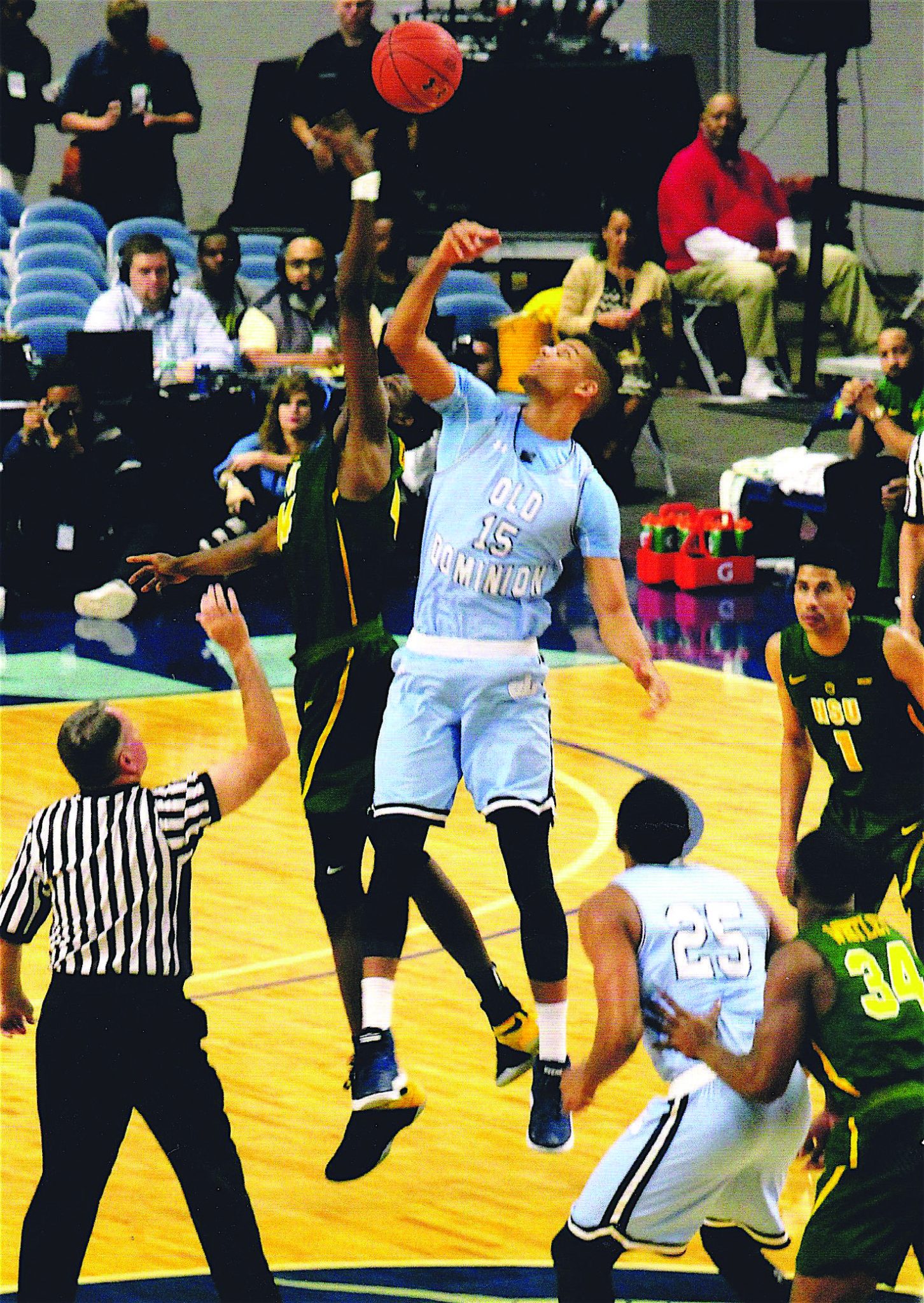 NORFOLK
When Norfolk State University and Old Dominion University recently met on the basketball court for the first time in 17 years, a high point for Spartan fans came when vintage NSU basketball players from former days were called onto the Scope Arena floor for a special NSU salute by AD Marty Miller.

The Spartans were hurt by 18 turnovers which ODU turned into 15 pts. NSU honored its championship basketball players from the 1960s at halftime. NSU was led by Kyle Williams who scored 14pts. Alex Long scored 11 pts, Preston Bungei scored 8 pts, and BTW alum Steven Whitley chipped in 5 pts. ODU coach Jeff Jones was non-committal when asked if the series against NSU should continue at the Scope or the Constant Center. NSU coach Robert Jones says his team is better than its 1-12 record.