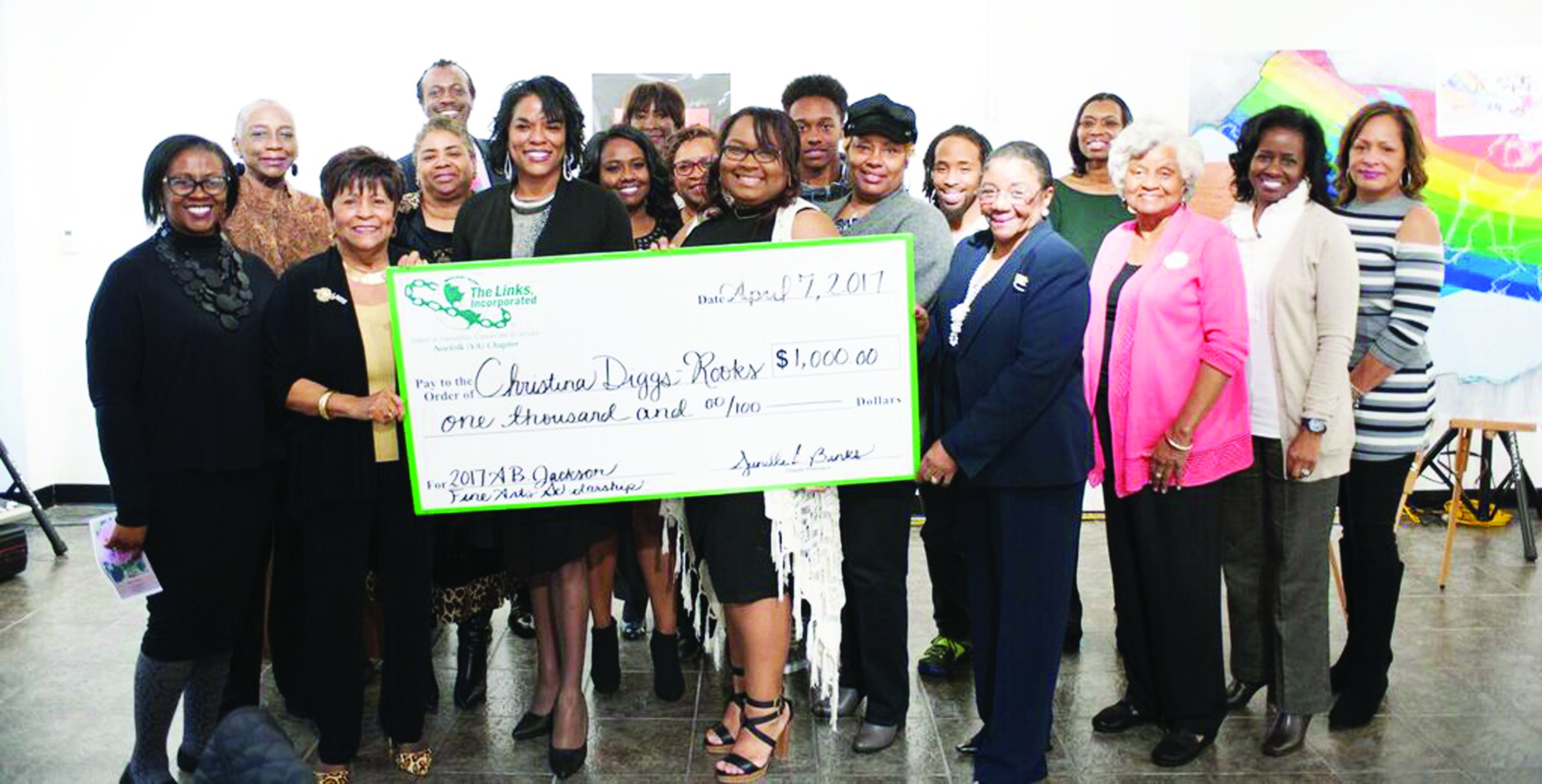 The Norfolk (VA) Chapter of Links Inc. sponsored its Annual A. B. Jackson Scholarship Ceremony on Friday, April 7th from 6-8 p.m., at NSU’s James Wise Gallery in the E.L. Hamm Fine Arts Building on the campus of Norfolk State University.

The late A.B. Jackson was born in New Haven, Connecticut, and earned both BFA and MFA degrees from Yale University. He moved to Norfolk, VA in 1956. In 1967, after teaching 10 years at Norfolk State University, he joined ODU as a full professor, becoming its first African American faculty member.

During the years he taught, Jackson also exhibited his art in shows in many local and neighboring areas. Jackson received significant attention in 1968, after several of his drawings were included in a Smithsonian Institution traveling art exhibition.

His series of paintings entitled, “The Porch People” depicts anonymous sitters on their poaches in Ghent, the district of Norfolk (VA), where he lived. Jackson died in 1981, at the age of 55. Jackson is represented in the permanent collections of museums across the country.