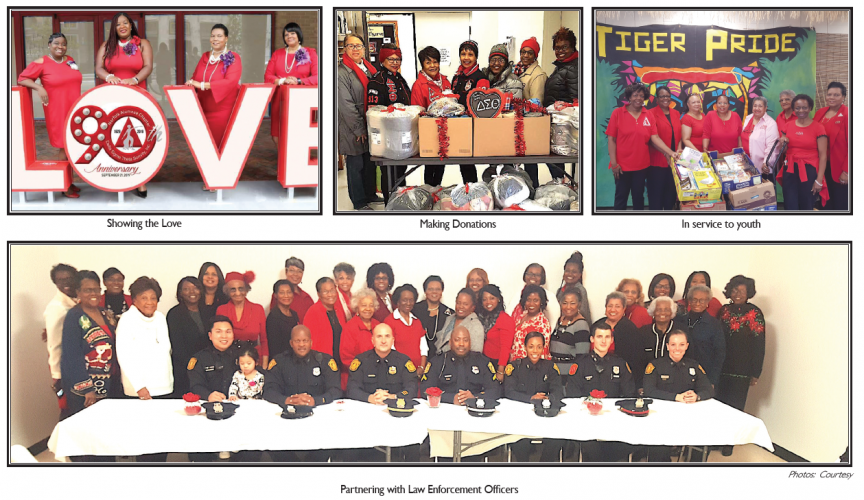 September 21, 2019 marked an unforgettable time in the history for Norfolk Alumnae Chapter of Delta Sigma Theta Sorority, Incorporated. The chapter celebrated 90 years of Service, Scholarship, and Sisterhood in grand style at the Norfolk Marriott Waterside that was attended by nearly 400 guests.

Norfolk Alumnae is the first chapter of Delta Sigma Theta Sorority, Inc. established in the state of Virginia. Chartered in 1929 under the name of Mu Sigma with just eleven members. During the late 1920s, you would seldom find more than ten Deltas living in the same city. As a result, it was difficult to organize graduate chapters within a single city. Eventually, eleven tenacious and resourceful women decided that it was time to break new ground and do what needed to be done. They were determined that distance between the cities they resided in would not be an obstacle to prevent them from achieving their goal. Deltas in the cities of Norfolk, Hampton, Newport News, and as far as Elizabeth City, North Carolina, connected, organized, and strategized to pursue their dream of forming a graduate chapter.

To celebrate 90 years of service, scholarship, and sisterhood, the chapter kicked off the anniversary celebration with a Red Hat Tea during the month of June. The room was filled with all kinds of beautiful red hats and an assortment of teacups from a personal collection. This was a beautiful experience of wholesome conversation and fellowship among sorority sisters that was priceless.

Continuing Delta Sigma Theta Sorority’s mission of public service, the anniversary committee planned a special community service project for the nine months leading up to the 90th celebration. Some of these special projects included, reading to students at Ingleside Elementary School, donating toiletries for residents at the men’s homeless shelter, providing camp supplies for children attending summer camp, hosting a Mental Health Awareness Workshop, preparing meals for families at the Ronald McDonald House, donating blankets for the homeless and more.

This 90 year milestone was celebrated with class, grace, and humility. The speaker for the occasion was

Cynthia Butler-McIntyre, the 24th National President of Delta Sigma Theta Sorority, Inc. She delivered a message that was relevant and enlightening.

The tribute to the chapter’s eleven charter members was moving, heartwarming, beautiful, creative, and unforgettable. This was one of the highlights of the evening as these eleven tenacious Deltas were the forces that made this milestone possible.

Norfolk Alumnae Chapter will continue to serve the communities in the city of Norfolk with pride, a humble spirit, and a joyful heart.