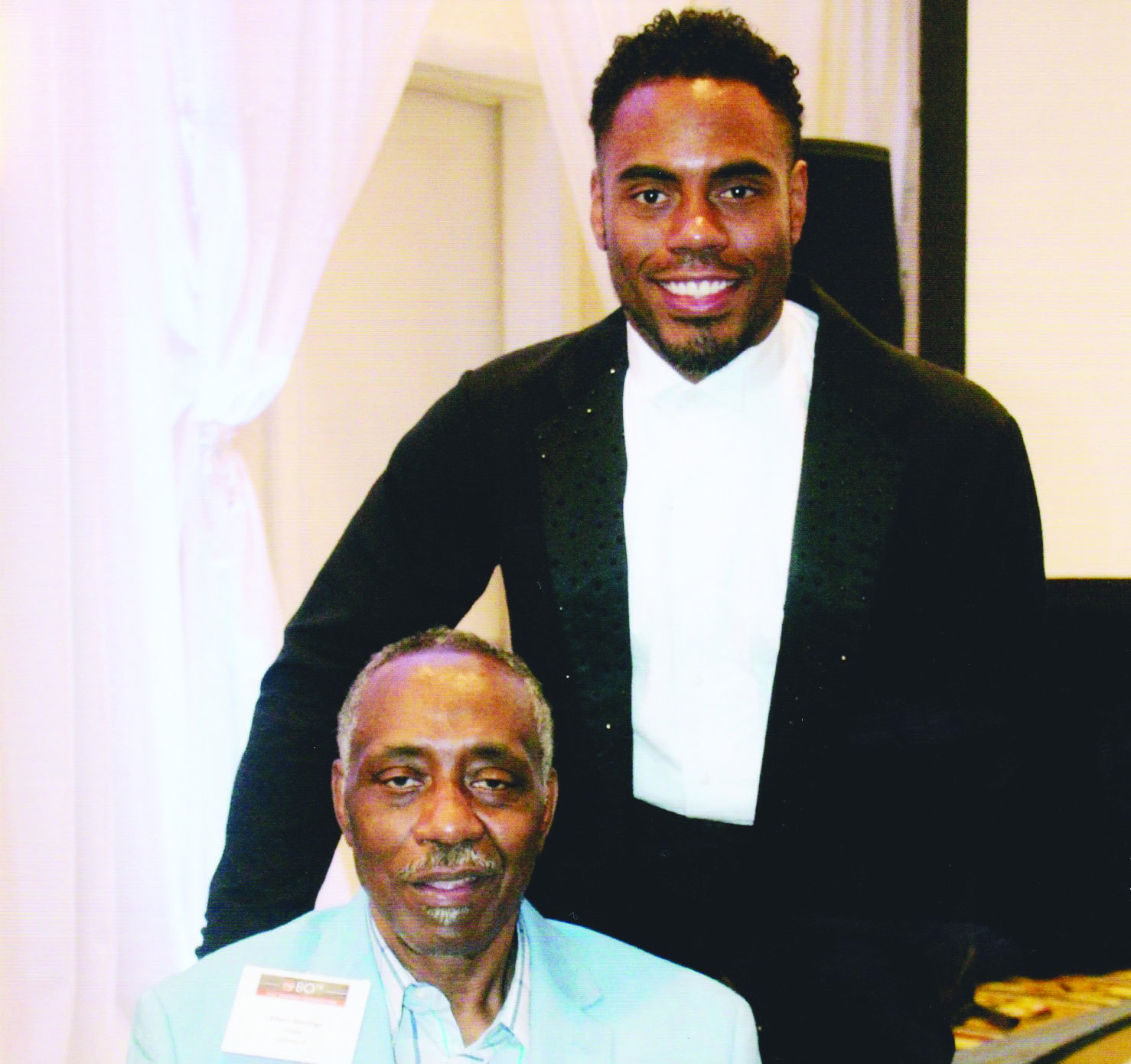 VIRGINIA BEACH
The Virginia Association of Broadcasters awarded its 2017 Distinguished Award to NFL player Rashad Jennings during the group’s Summer Convention in June in Virginia Beach.

Jennings, a Forest, Virginia native and Liberty University graduate, is an NFL running back. The Season 24 Dancing With The Stars Mirror Ball Champion was drafted by the Jacksonville Jaguars in the seventh round of the 2009 NFL Draft. Jennings played for the Oakland Raiders in 2013 before playing with the New York Football Giants for three years.

Jennings’ journey to the NFL is anything but conventional. The once asthmatic, 270-lb. high school student with a .6 GPA had many hurdles to overcome before seeing his dreams of playing in the NFL a reality. Faced with a multitude of decisions and family tragedy, Jennings loves using his platform as a professional athlete to share the message of hope and how overcoming personal obstacles is possible with hard work, determination and most importantly- heart.

he has been honored for his work in the community as the NFL player who best serves his team, community and country. Last year, Jennings was the youngest commencement speaker in Liberty University’s history and received an honorary Doctorate in Humanities.

Jennings founded a foundation in 2013, where he serves over 30-thousand students each year through literacy, mentorship, and health and fitness initiatives.

He doesn’t take the opportunity of playing in the NFL as a professional athlete lightly. “There’s nothing special about me. I am just in a special position. If I am just known as Rashad Jennings the runningback, then I’ve failed.”