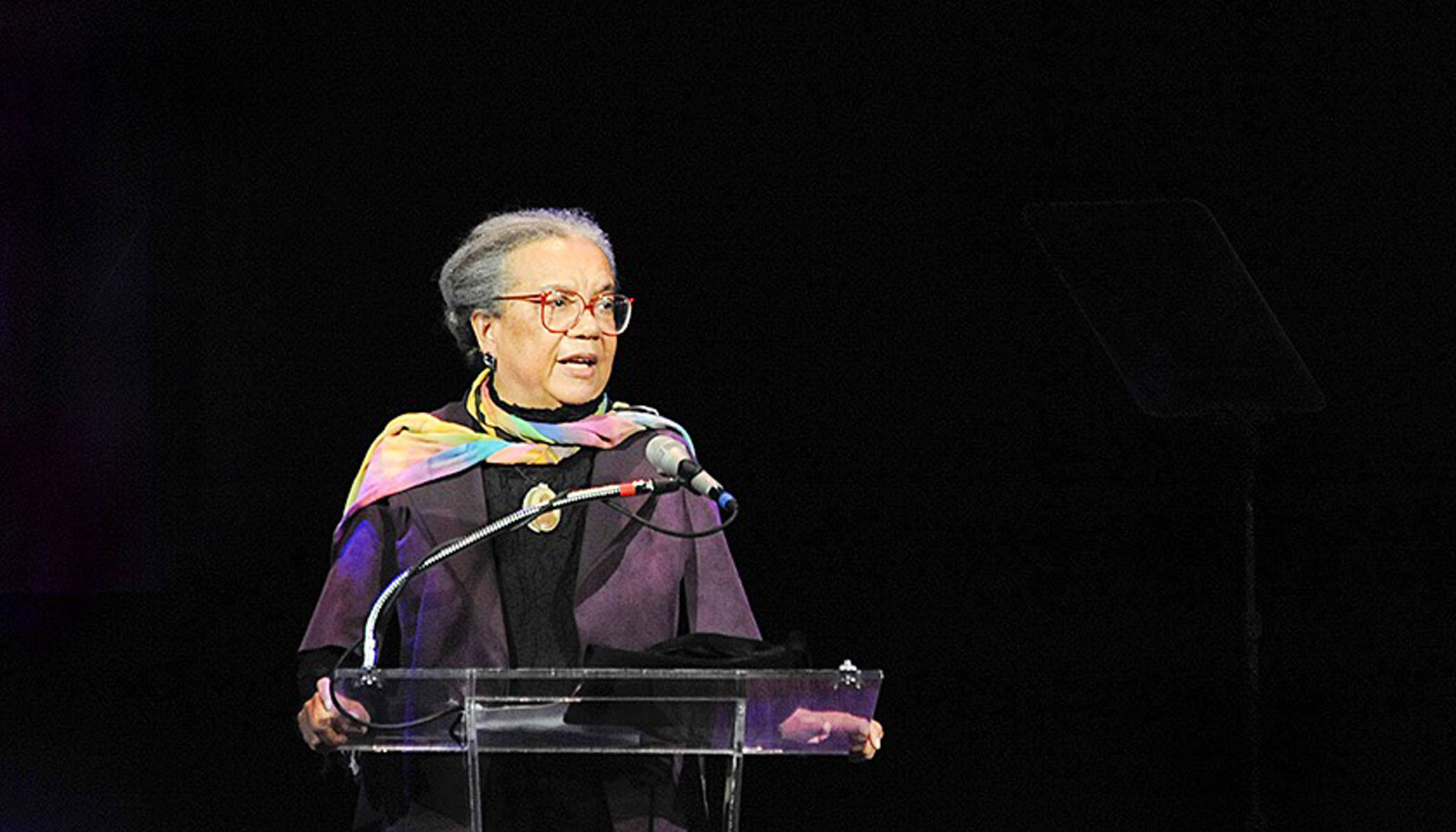 The September 24 opening of the National Museum of African American History and Culture was the realization of a dream that’s been a very long time coming, beginning a century ago when Black leaders first proposed a memorial to Black Civil War veterans. Dr. Rex M. Ellis, the museum’s Associate Director for Curatorial Affairs, speaking to young teachers during the Children’s Defense Fund’s 2016 Freedom Schools® training program, shared his hopes that the museum will help light the way for the next generation of Americans and that the museum’s vision will “change the master narrative of our nation”.

“When people come to the Smithsonian now, they’re not just going to hear about American art or American history . . . We have a 76-ton train, a segregated train car that was built and adorned as a segregated car in the 1940s. We brought that train all the way from Berea, Kentucky, down 14th Street. It took two 16-wheelers to bring that 76-ton train down, and then two cranes . . . that lowered it into the museum, and as it was lowering into the museum, I said to the director, ‘We are bringing a part of our history that will [be here] forever’ – because we had to put the train in, and then build the roof over the top of it. So the train is going to be there. Segregation is going to be there. Segregation and lynching and slavery and everything that we have gone through as a people is now a part of a master narrative.”

Dr. Ellis shared how special the opening of this museum is to him: “For museums around the world, the question is are we going to contribute to the solution to the problems and challenges of our nation and our world, or are we going to sit back like Nero and watch Rome burn to the ground? Our plan is to use our museum as a way to make America better.” The new museum opens at a critical inflection point in our nation’s history. By capturing America’s struggle to overcome our birth defect of slavery and our ongoing struggle to close the gap between America’s creed and deed, for the first time our children will be able to accurately learn the too often hidden or misstated history of America. With this museum, I hope new generations of children will grow up not only learning the truth about who we are and where we came from but also what they can do to create a more equal and just America.

The struggle to build the museum often seemed to mirror the story it was trying to tell. One that required grit, determination, and persistence — a struggle Dr. Ellis feels was well worth having. “When we began back in 2005, we had nothing. We had no building. We had no collections. We had no land to put a building on and very little money. We had a very small staff of about three people. Now, just 11 years later, we have a staff of over 180 people, nearly 37,000 objects, five acres of land that shares our neighborhood with the Washington Monument and the White House and the United States Capitol and the National Park Service and 18 Smithsonian museums.”

Dr. Ellis continued: “Many said it could not be done. ‘How are you going to raise over $540 million and a building that you say will have over 300,000 square feet and seven stories? It’s too much,’ they said. ‘It can’t be done,’ they said. ‘It will certainly take more time to build, and what about collections? How are you going to find a world-class collection? Most of the stuff worth having museums have already collected. You’re not going to get the good stuff. Bet you don’t have anything from Michael Jackson.’ Yep, we got a vest he wore during his Victory Tour and one of his signature gloves — but that’s not all. We’ve got Chuck Berry’s Cadillac, but that’s not all. We’ve got Maybelline, his guitar. But that’s not all. We got hip-hop artist Chuck D’s jacket. The original funkmaster George Clinton, we got his Mothership. We got Prince’s tambourine.”

Dr. Ellis went on as the audience cheered: “We got Nat Turner’s Bible. We got Harriet Tubman’s shawl. We got Radio Raheem’s boombox from Do the Right Thing. We got a training plane flown by Tuskegee Airmen. We got the Olympic torch that Muhammad Ali signed in the 1999 games in Atlanta, his headgear, his training robe, and on and on and on…we never stopped believing that we could do it. We could build this museum. We could make it happen. We didn’t give up, didn’t turn back, didn’t listen to those who said that we would fail, and the more people saw and experienced our belief, they caught the fever too.” The African American experience has always been an integral and essential part of the larger American experience. Now, with this beautiful and powerful new museum finally open in the heart of the nation’s capital, many of those connections that help complete the true and full American narrative are on full display.

Marian Wright Edelman is President of the Children’s Defense Fund. For more information go to www.childrensdefense.org.