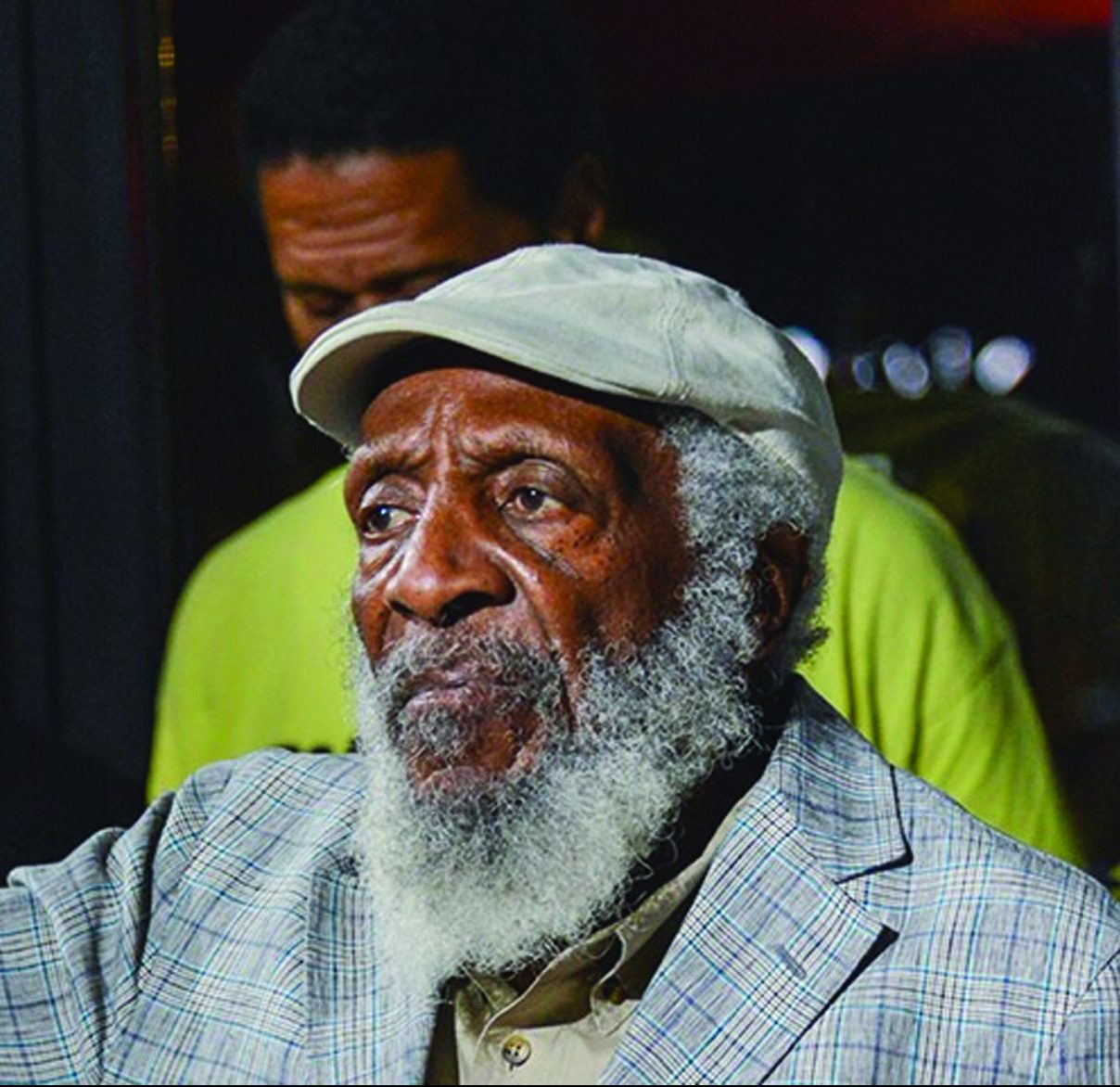 Friends, family and celebrities took to social media to honor the icon and innovator of the Black community.

“It is with enormous sadness that the Gregory family confirms that their father, comedic legend and civil rights activist Mr. Dick Gregory departed this earth tonight in Washington, DC,” said Christian Gregory, his son, in a statement posted on Facebook. “The family appreciates the outpouring of support and love and respectfully asks for their privacy as they grieve during this very difficult time.”

On Facebook, Roland Martin, a journalist and host of NewsOne on TV One said that he had enormous respect for Gregory.

“He was honest, truthful, unflinching, unapologetically Black. He challenged America at every turn. RIP,” wrote Martin.

“He was one of the sweetest, smartest, most loving people one could ever know,” said Steve Jaffe, Gregory’s publicist of 50 years, according to The Hollywood Reporter. Jaffe added, “I just hope that God is ready for some outrageously funny times.”

Singer John Legend tweeted that, “Dick Gregory lived an amazing, revolutionary life. A groundbreaker in comedy and a voice for justice. RIP.”

Filmmaker Ava DuVernay tweeted that Gregory “taught us and loved us.”

Quoting legendary entertainer Richard Pryor, sports writer Myron Medcalf tweeted, “Dick Gregory was the greatest, and he was the first. Somebody had to break down that door.”

Gregory had been in a Washington, D.C. area hospital battling an undisclosed illness. However, as late as Thursday, family members were said to have been upbeat about his recovery and he even had plans to appear at a show on Saturday in the nation’s capital.

Dick Gregory entered the national comedy scene in 1961 when Chicago’s Playboy Club (as a direct request from publisher Hugh Hefner) booked him as a replacement for white comedian, “Professor” Irwin Corey. Until then Gregory had worked mostly at small clubs with predominantly Black audiences (he met his wife, Lillian Smith, at one such club), according to his biography.

“Such clubs paid comedians an average of five dollars per night; thus Gregory also held a day job as a postal employee. His tenure as a replacement for Corey was so successful – at one performance he won over an audience that included southern White convention goers – that the Playboy Club offered him a contract extension from several weeks to three years,” Gregory’s biography said. “By 1962, Gregory had become a nationally known headline performer, selling out nightclubs, making numerous national television appearances, and recording popular comedy albums.”

Gregory’s biography continued: “It’s important to note that no biography of Gregory would be complete without mentioning that he and his beloved wife, ‘Lil,’ had ten children, who have become highly respected members of the national community in a variety of fields. They are: Michele, Lynne, Pamela, Paula, Stephanie (a.k.a. Xenobia), Gregory, Christian, Miss, Ayanna and Yohance.”

While a student at Sumner High School in St. Louis, he led a march protesting segregated schools. Later, inspired by the work of leaders such as Dr. Martin Luther King Jr., and organizations such as the Student Nonviolent Coordinating Committee (SNCC), Gregory took part in the Civil Rights Movement and used his celebrity status to draw attention to such issues as segregation and disfranchisement, according to his biography.

“When local Mississippi governments stopped distributing Federal food surpluses to poor blacks in areas where SNCC was encouraging voter registration, Gregory chartered a plane to bring in several tons of food,” the biography said. “He participated in SNCC’s voter registration drives and in sit-ins to protest segregation, most notably at a restaurant franchise in downtown Atlanta, Georgia. Only later did Gregory disclose that he held stock in the chain.”

Gregory’s autobiography, “Nigger,” was published in 1963 and it became the number one best-selling book in America. Over the decades it has sold in excess of seven million copies. He explained his choice for the title in the foreword of the book, where Dick Gregory wrote a note to his mother, his biography explained.

“Whenever you hear the word ‘Nigger,’” he said, “you’ll know their advertising my book.”

Through the 1960s, Gregory spent more time on social issues and less time on performing, his biography noted. He participated in marches and parades to support a range of causes, including opposition to the Vietnam War, world hunger and drug abuse.

Dorothy Leavell, chairman of the NNPA and publisher of the Crusader Newspaper Group, said that “this was a sad moment and a great loss to America, especially Black America.”
“Dick Gregory was a personal friend, but also a voice for Black America which has now been stilled,” said Leavell. “Dick was also a close friend to the Black Press and the National Newspaper Publishers Association (NNPA).”

Leavell continued: “While we mourn this loss we are grateful for the many contributions he made that have helped us all.”

“Dick Gregory epitomized the rare combination of being an intellectual genius and one of our greatest social visionaries,” Chavis said. “The National Newspapers Publishers Association deeply mourns the passing of freedom fighter Dick Gregory.”