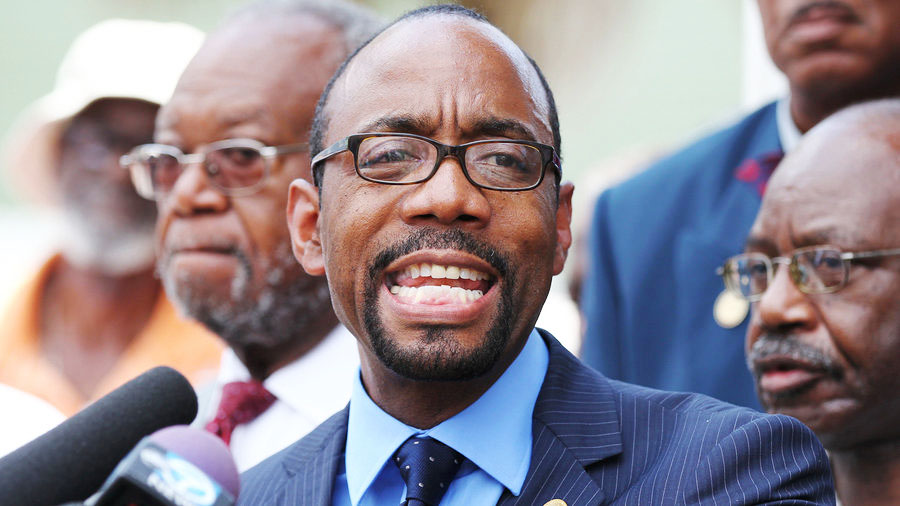 BALTIMORE, MD
NAACP President and CEO Cornell William Brooks issued the following statement regarding the results of the 2016 presidential election: “This beautiful fall morning represents the end of a long night filled with many midnight moments of uncertainty, voter intimidation and suppression, campaigns founded on bigotry and divisiveness as an electoral strategy. “And yet, despite the moments of ugliness, this election season has reminded us of the beauty and strength of both the nation and of the NAACP.

“This was the first presidential election in more than 50 years where voters did not have the full protection of the Voting Rights Act. We confronted all manners of ugly, unconstitutional voter suppression, including voter purging, long lines and intimidation and misinformation. “When white nationalists bragged about dispensing malt liquor and marijuana in African-American communities to suppress the vote, we were neither distracted nor dissuaded from our work. When campaign operatives and candidates alike openly called for voter suppression in broad daylight and on camera, we neither flinched nor flagged in our efforts.

“The NAACP prevailed in the federal courts against voter suppression no less than nine times in recent months. In Texas, our state conference saved 608,470 votes with a victorious decision from the U.S. Court of Appeals for the Fifth Circuit. In North Carolina, our state conference saved nearly five percent of the electorate when the U.S. Court of Appeals for the Fourth Circuit ruled that the state legislature had enacted discriminatory voting laws that intentionally targeted and disenfranchised black voters. And, just days ago, the NAACP saved nearly 4,500 voters from being purged from the North Carolina rolls.

“The last five days of the campaign, after many months in planning, we formally launched our Selma Initiative, to protect the right to vote. We targeted 6,022 precincts in 17 states, dispatching both lawyers and laypeople alike to guard the ballot box and safeguard the rights of voters standing in long lines through our national command center.

“History will judge not only the courage of our volunteers but also the cowardice of those who chose again and again to suppress the vote rather than listen to the voice of democracy this year. History may take note of the Selma Initiative, but let us all now remember Shena Goode, a 79-year-old NAACP volunteer who not only organized a virtual phone bank in her apartment complex, but also made more than 200 calls in a single day to get out the vote. Her story is the story of the NAACP and the nation. When civil rights are threatened, we are as persistent as we are determined.

“Now that the election is over, the first priority for a new Congress and a new president must be restoring the badly-broken Voting Rights Act. We cannot afford to send untold teams of lawyers to court and spend incalculable sums of money to defend our right to vote in the courts and in the streets again and again and again.