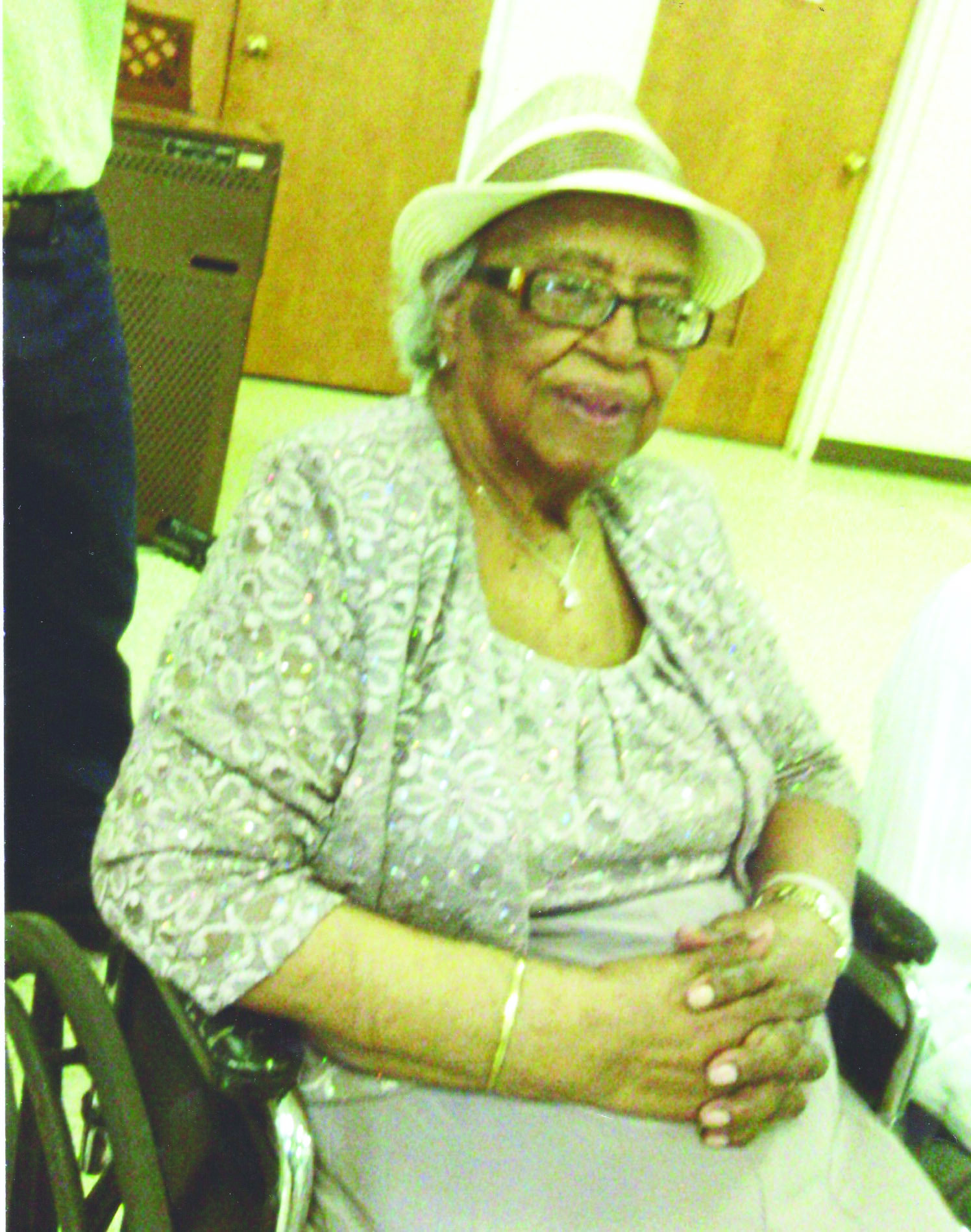 Mrs. Catherine Nicholson celebrated her 101st birthday on July 26, 2017 with family and friends. She ascribes her longevity to “Keeping her hands in God’s Hand.”

Friends and family say even through she has reached this age, her mind is as sharp as ever. She has had some hurdles to climb, but Psalm 23 and Psalm 91 have helped her to overcome, she says. This lady has never let anyone or anything stop her from becoming all that God has wanted her to be.

Mrs. Nicholson was born July 26,1916 in Enfield N.C., Halifax County, to George and Lola Solomon, where she attended public schools. She has two sisters, six brothers, and two adopted brothers.

She is the proud mother of 12 children – eight boys and four girls, 30 grandchildren, and 43 great grandchildren.

Her daughter Dorothy J. Pittman brought her mother to Norfolk in 1981. In that year, Mrs. Nicholson became a member of Jerusalem Baptist Church, 718 Tidewater Drive, Norfolk, VA, where she currently is a member.

Pastor Wendell Johnson and members of the church are proud of Mrs. Nicholson and call her the “virtuous woman” that Proverbs 31 speaks about: “She opens her mouth with wisdom, and on her tongue is the law of kindness. She watches over her household, and does not eat the bread of idleness. Her children rise up and call her blessed, and her husband has praised her also.”

She is the widow of Isaiah Nicholson.