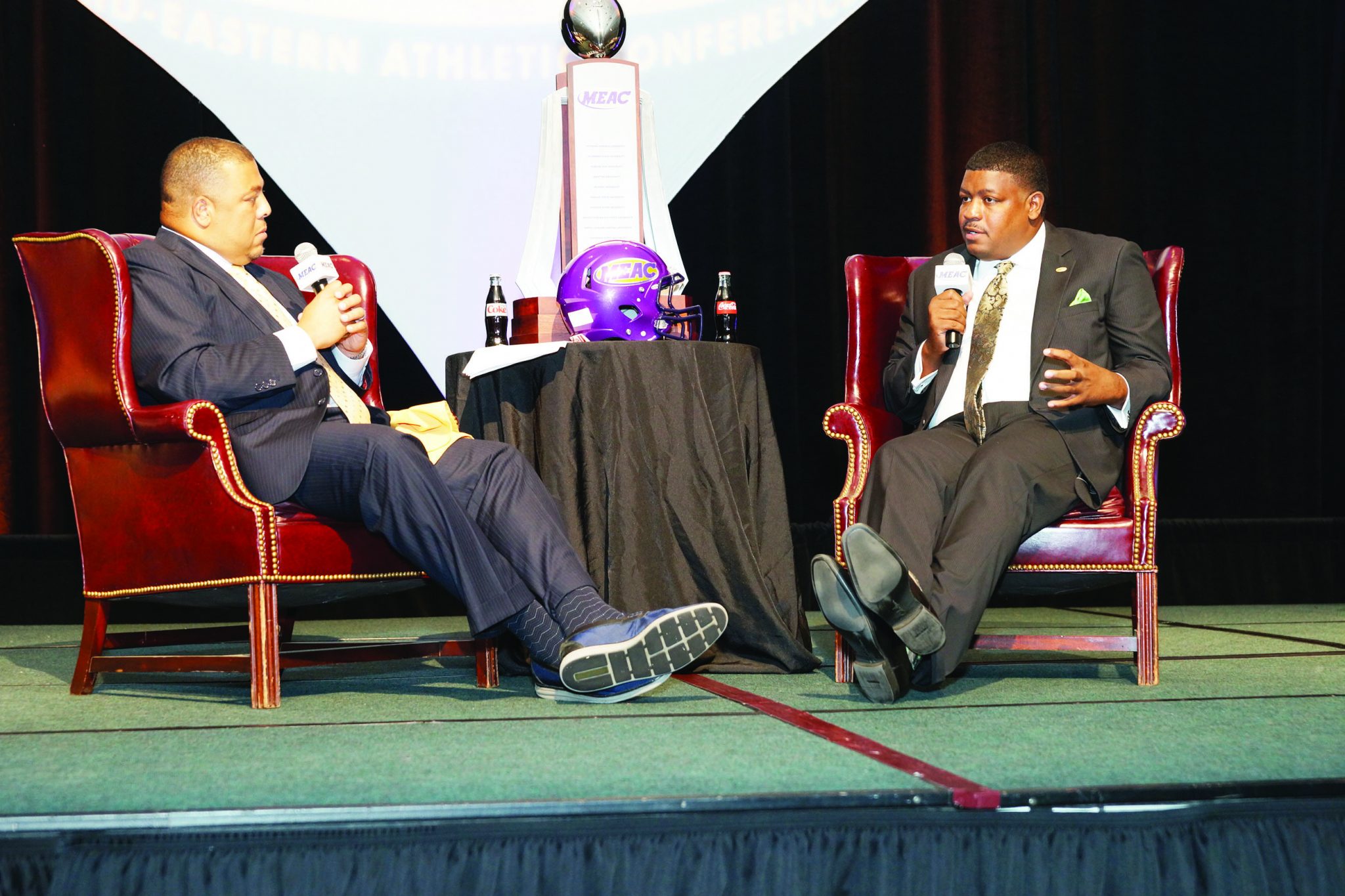 NORFOLK
The MEAC kicked off its 2017 football season on Friday (July 28) with a press luncheon at the Waterside Marriott. The media and fans had an opportunity to talk to coaches and top players from all 11 conference teams.

The following info comes from the New Journal and Guide interview notebook: NSU coach Latrell Scott continues to stand by his spring prediction that the Spartans’ defense will be “action-packed” this season. He said that the defensive line, led by all-conference first team pick Chris Lee, will be the strength of the defense.

Coach Scott said the offensive line will be good because the current group has 3 years of experience. He said that Trip Harrington came out of spring ball as the No. 1 QB, but that Tyre Givers-Wilson from Indian River and Juwan Howard, a state champion freshman QB out of Richmond, remain in the mix.

Hampton’s Connell Maynor said he is relying on lots of transfers, including an RB from Virginia Tech and a former Lake Taylor QB to jump-start his offense. Maynor said last year’s 5-3 conference record is unacceptable. Maynor said he wants to pack Price Stadium and get a victory over NSU in the “Battle of the Bay.” Hampton has lost to NSU for the past two seasons. Savannah State is returning to Division II football play in 2019 and will depart from the MEAC.

DSU coach Kenny Carter told the Guide that the Hornets will play West Virginia and Florida State this season for a guaranteed payday of 1.2 million dollars.

A&T coach Rod Broadway said he does not know how he is going to replace former all-conference RB Tarik Cohen, signed by the Chicago Bears, but he does have a group of good backs on hand to help his rushing game.

NCCU coach Jerry Mack told the Guide that he lost 5 offensive linemen and his quarterback Malcolm Bell. He has recruited a large group of freshmen and has to get the team’s chemistry together.

Howard’s new coach Mike London said his goal is for the Bison to be competitive.