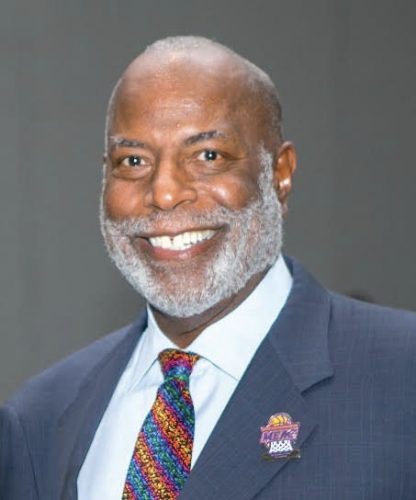 NORFOLK
Mid-Eastern Athletic Conference (MEAC) Commissioner Dr. Dennis E. Thomas has been selected an an inductee into the 2020 class of the Black College Football Hall of Fame (BCFHOF). The ceremony will be Feb. 22, 2020 in Atlanta, Ga.

Thomas, who is in his 18th year as Commissioner for the MEAC, was the Director of Athletics at Hampton University from 1990-2002 and led the Pirates’ transition from Division II to Division I.

During his time as Commissioner, the conference office has seen nearly two decades of financial stability, strengthened institutional compliance and improved student-athlete graduation rates. The conference is also the 100 percent owner of its headquarters building in Norfolk, Va.

Dr. Thomas presented to ESPN the idea of a postseason bowl game between the MEAC and Southwestern Athletic Conference (SWAC) champions that evolved into the Celebration Bowl. During his tenure, the MEAC became the first FCS conference to institute instant replay for all TV games.

He also played a major role in creating the MEAC/SWAC Challenge, which along with the Celebration Bowl bookends the black college football season.

The MEAC has also launched the MEAC Digital Network under Dr. Thomas’ leadership, streaming every conference football game not broadcast on a linear (TV) platform on ESPN3 and ESPN+. The MEAC has also produced a series of first-of-its-kind documentaries interviewing and highlighting HBCU football coaching legends.

Dr. Thomas was a standout at Alcorn State, twice earning First Team All-America honors from the Pittsburgh Courier (1972, 1973), and he was the first and only offensive lineman to win the SWAC Offensive Player of the Year award in 1973.

“On behalf of the Board of Trustees, we congratulate the Class of 2020,” said BCFHOF Co-Founder and 2011 Inductee Doug Williams. “Everyone that has a vote to determine the next class understands how difficult it is to only choose six. The Class of 2020 is a great representation of the talent that has come from Historically Black Colleges & Universities.”

There have been 84 Inductees since inception, including Mel Blount, James Harris, Willie Lanier, Art Shell and Doug Williams, who serve as Trustees.