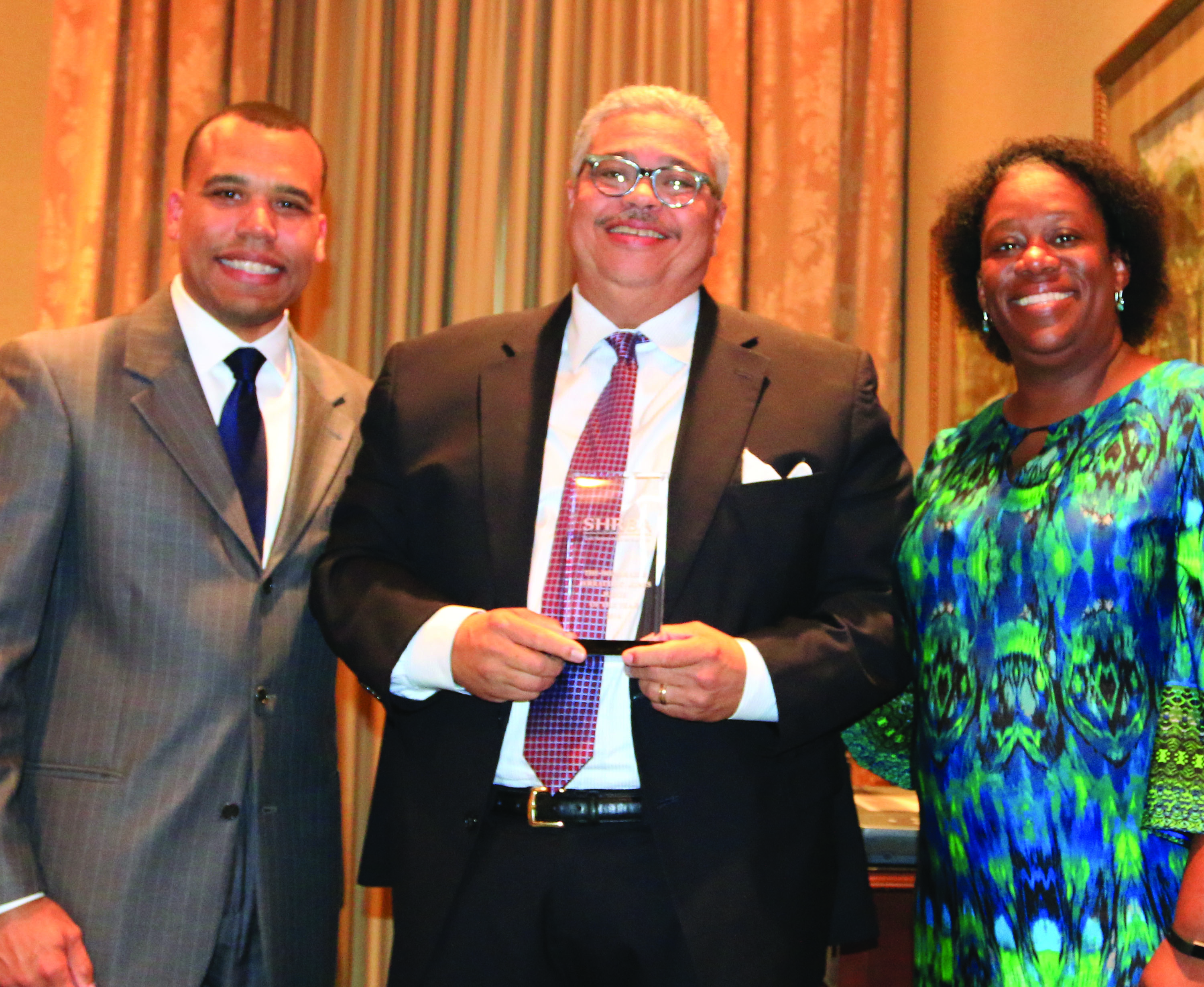 The Virginia State Bar has named the South Hampton Roads Bar Association (SHRBA) the recipient of the Bar Association of the Year Award. The SHRBA was nominated by Jamilah LeCruise of the Law Office of J.D. LeCruise PLLC, who wrote: “Our bar may be small in numbers, but we work very hard to enrich the lives of both our bar members and those living in the greater community in which we practice. Our members run the spectrum from young lawyers daring at-risk youth to reach beyond themselves, to trail blazers of the civil rights era who dared to integrate the courtrooms of Virginia and prevailed.”

SHRBA officers include President Leonard Myers II of Fortress Proprietas PC, President-elect Tameeka Williams of the Legal Aid Society of Eastern Virginia, Secretary Kendra Johnson of The Cooper Law Firm, and Treasurer William Mason Jr. of the Law Office of Trevor J. Robinson. Two years ago, SHRBA began a reinvention that included creating five bar sections intended to build camaraderie and increase participation. SHRBA is particularly proud of its newly-formed Judicial Section, which has inspired a judicial-led Continuing Legal Education program that allows the bench and the bar to directly interact for the benefit of both groups. SHRBA offered nine CLE hours through its monthly membership meetings as well as a CLE program hosted at Regent University School of Law and supported by the Regent Black Law Students Association members.

In the community, SHRBA members donated hundreds of hours of pro bono time to every city in South Hampton Roads, including a “No Bills Night” hosted by the VSB Young Lawyers Conference and the Urban League of Hampton. SHRBA also hosted events for the young and the elderly including an extensive outreach of the “So You’re 18” program educating young people about the legal implications of reaching the age of majority, and a Senior Law Day staffed by elder-care law firms to inform the elderly about their legal rights.

SHRBA also donated time to numerous community groups including the Boys & Girls Clubs, Tidewater Legal Aid, Lawyers Helping Lawyers, the YMCA, the YWCA, the NAACP, the League of Women Voters, and the Saint Mary’s Home for Disabled Children. The award, sponsored by the VSB Conference of Local Bar Associations, recognizes lasting and exemplary contributions to both the legal community and the community at large in Virginia. The award also recognizes the dedication of local and statewide bar associations and emphasizes the importance of close cooperation between the Virginia State Bar and bar leaders.