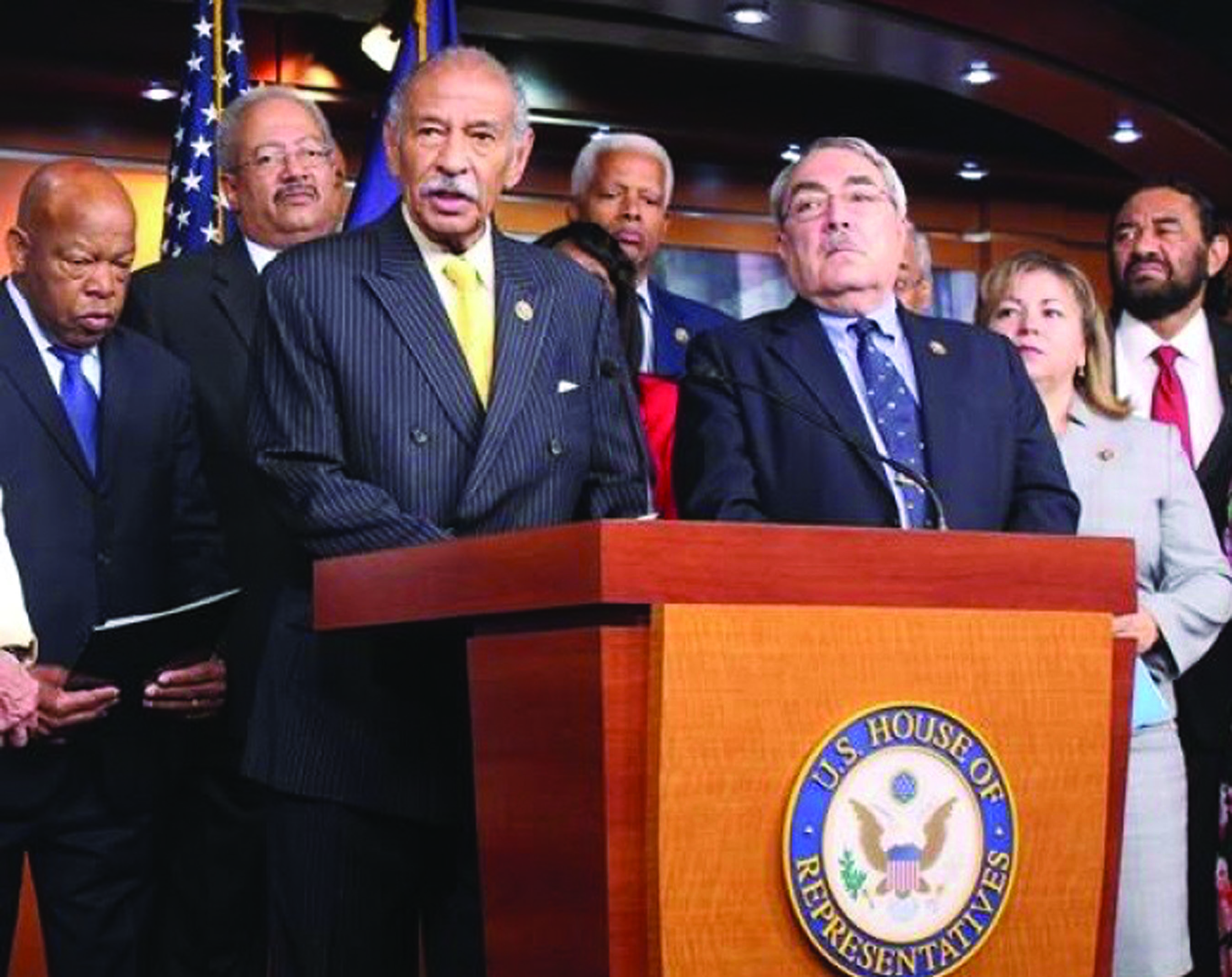 In a wide-ranging discussion on Capitol Hill among lawmakers, activists, policy experts and former Obama administration officials about the state of civil rights in the Trump administration, the consensus was unanimous that the current climate for civil rights is the most dangerous that has been experienced in decades.

The April 6 event was hosted by Congressman John Conyers, Jr. (D-MI), ranking member of the House Committee on the Judiciary.

“Although the Trump presidential campaign promised changes that would benefit minorities in the areas of crime, equal justice, and economic equality, his political allies and surrogates have sent a different message that has served to heighten national divisions and anxiety,” said Conyers, the longest-serving member in the House, known as “the dean” of the Congressional Black Caucus.

The forum took place only a few days after U.S. Attorney General Jeff Sessions announced that the Justice Department would review all of the consent decrees that the Obama administration entered into with law enforcement agencies that had demonstrated and documented histories of abuses and misconduct.

“The misdeeds of individual bad actors should not impugn or undermine the legitimate and honorable work that law enforcement agencies perform in keeping American communities safe,” the DOJ memo stated. In February, Sessions, who admittedly was unfamiliar with the details of the reports that led to decrees with police departments in Ferguson and Chicago, for example, nonetheless described them as “pretty anecdotal.”

Catherine Lhamon, chair of the U.S. Commission on Civil Rights and a former assistant secretary for civil rights at the Education Department under President Obama, described the first 76 days of the Trump administration’s civil rights record as “harrowing,” which she said was being “charitable.”

Recalling the immense challenge of getting a consent decree to reform the Los Angeles Police Department in 2000, despite years of abuses that included beating a homeless woman, lying to judges, planting drugs on innocent people to secure convictions, racially based stops and assaulting citizens, she said that Sessions’ decision was a signal of the “low value” the new administration places on civil rights.

“It was only through federal involvement that conditions [in LA] materially improved and that provided the impetus for real change for communities that were desperately in need of it,” Lhamon said. “The one ray of hope remaining now is that the federal courts have to approve the end of consent decrees that have already been implemented.”

“In my humble opinion, the greatest current threat to civil rights in this great nation is this current administration. In record time [it] has already shown not simply a willingness to not defend civil rights, but it has shown an intent to violate civil rights, and at a minimum make it easier for others to violate civil rights. No marginalized, struggling, excluded, discriminated against, or protected individual or group is safe from what [it] has already done or appears to be planning to do,” Austin declared.