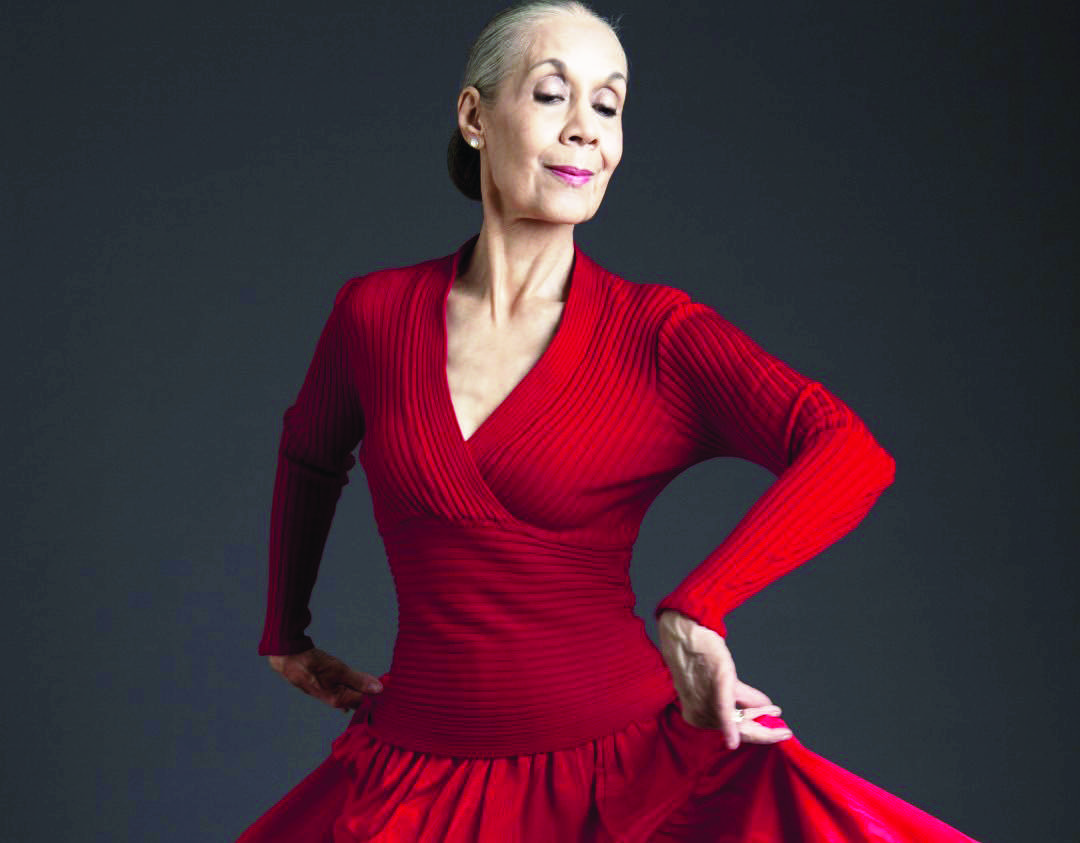 (TriceEdneyWire.com)
When hearing that master dancer, choreographer, and actress, Carmen de Lavallade, 86, would be one of the 2017 Kennedy Honors recipients, my first reaction was, “Y’all finally got the message. It’s about time. She should have gotten that honor at least 20 years ago.”

I became aware of the depth of Carmen’s talent while assisting the master choreographer Alvin Ailey in writing his book, Revelations, the Autobiography of Alvin Ailey, in the late 1980s. His deep respect, admiration and love for her is reflected when he said, “Dance, for me, would have been impossible without Carmen de Lavallade … Whatever you want her to dance, she will find a way to do it. Choreographers also love her because she has solid technique and a brilliant, unsurpassable talent for interpreting a ballet.”

Other great artists who have marveled at and utilized Carmen’s encompassing talent include Duke Ellington, Geoffrey Holder (her husband), Agnes DeMille, Josephine Baker and Benny Goodman. For more than 60 years she has exhibited her brilliance on stages throughout the country and the world.

To Carmen, dance is about storytelling. She is no fan of the overwhelming focus on technique that has engulfed much of modern dance. Says Carmen, “I am strong in many things. But the perfect feet? No. Perfect legs? No. Perfect turnout? No. I am not the greatest technician. I tended toward dramatic work.”

Her storytelling ability in dance has left dance enthusiasts with precious memories. Master dance, Judith Jamison marvels that “That body is so amazing. It can do anything … Her hand-moving on stage is enough to take your breath away, just a flick of the wrist or moving it slowly. Her nuance is beautiful.”

About her hands, Carmen says, “They gotta talk. Your hands gotta talk. Those are your words.” I last saw Carmen dance three or four years ago and was spellbound watching her move on stage. Her head, her legs, her arms, her hips fully communicated her story to us.

One of my regrets is never having seen her dance with Alvin. Those who saw the two together regard it as a lasting precious memory. Alvin noted that when Lester Horton, their dance teacher, “put us together on stage together, the combination was electric. The minute we hit the stage together it was there – the lyricism, the emotion, the beauty and the passion Carmen could express in her dancing. She was like a great actress.”

Carmen remembers one of their duets thusly, “When we performed it at the Boston Common, we thought, ‘Oh dear, people aren’t going to like this …’ It was a real old blues song sung by Bother John Sellers…Well, we tore Boston Common up, absolutely tore it up.”

Carmen absolutely tore up other places through the years. That’s why Kennedy Center chairman David M. Rubenstein praised her as a “national treasure whose elegance and talent as a dancer led to a career touching many other art forms.”

It’s also why Meryl Streep, who introduced Carmen and who, 45 years ago, was one of her students in the Yale School of Drama, said, “Carmen, among other things, taught us how to replenish our souls.”

Carmen is currently teaching the same important lesson to dance students at several institutions, including the Dance Theater of Harlem and the Richmond Ballet.

As much as she is a brilliant dancer, she is also a principled and socially conscious woman of the 21st Century. Upon receiving the Kennedy Center Honor, she also released a statement declining a visit to the Trump White House: “I am truly honored to receive the Kennedy Center Honors Award and look forward to attending the ceremony at the Kennedy Center. In light of the socially divisive and morally caustic narrative that our existing leadership is choosing to engage in, and in keeping with the principles that I and so many others have fought for, I will be declining the invitation to attend the reception at the White House.”