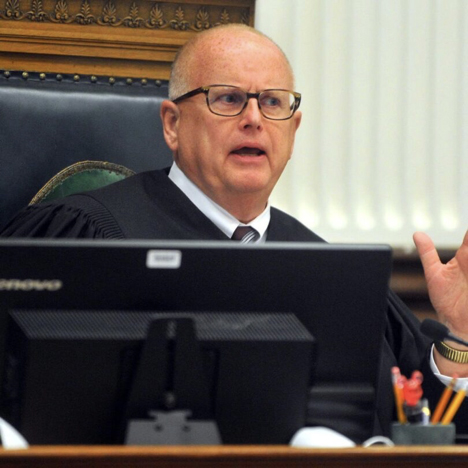 Kyle Rittenhouse took the witness stand and as calmly provided his account of what happened on the night that protests in Kenosha seemingly got out of hand, the teenager burst into sobbing which forced the judge to declare a short recess.

Though no tears were evident, and the timing of his sobbing appeared odd after methodically describing events, Rittenhouse quickly recovered and claimed he was the victim of an ambush.

“He was just mad about something,” Rittenhouse testified about one of his victims, Joseph Rosenbaum. Rittenhouse claimed that he arrived on the scene to see if anyone at the protest needed medical help.

The protests were in response to Wisconsin police shooting unarmed African American Jacob Blake multiple times. Armed with an AR-15-style rifle, Rittenhouse said he arrived with a group of other armed citizens who sought to keep peace and aide victims of violence.

Rittenhouse shot and killed Rosenbaum who had become upset with a teenager and threw a bag at him. During the altercation, Rittenhouse fell and shot at three people whom he said confronted him.

“He’s no longer a threat to me,” Rittenhouse said of Rosenbaum, claiming that another person had their hands up and didn’t pose a threat, so he didn’t shoot him.

Rittenhouse killed two people and wounded another during the August 25, 2020, incident.

Rittenhouse then testified that he saw a pistol in shooting victim Gaige Grosskreutz’s hand. He said he reacted by shooting Grosskreutz.

Rittenhouse is charged with five felonies, a misdemeanor, and a non-criminal violation.

He has pleaded not guilty.

“I did what I had to do to stop the person who was attacking me,” Rittenhouse said under cross examination by prosecutor Thomas Binger.

Rittenhouse then claimed Rosenbaum tried to steal his gun.

Judge Bruce Schroeder, who pretrial ruling that those shot by Rittenhouse cannot be labeled as victims, halted Binger’s cross-examination, and angrily questioned the prosecutor’s tactics.

Schroeder and Binger engaged in a testy back-and-forth, as Rittenhouse’s attorneys threatened to demand a “mistrial with prejudice,” the judge admonished the prosecutor.

“Don’t get brazen with me,” Schroeder asserted.