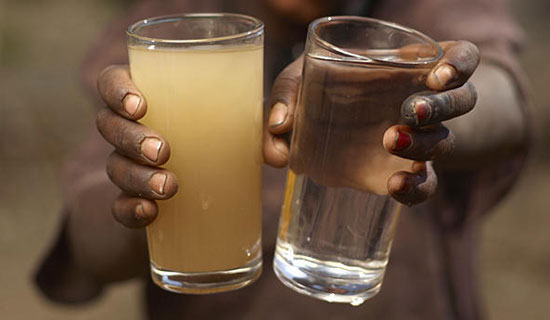 (TriceEdneyWire.com)
President Barack Obama has declared an emergency exists in Michigan because of high levels of lead found in Flint’s drinking water that can cause permanent physical damage to the city’s residents. The population of Flint is 57 percent Black.

On Thursday, Jan. 14, Michigan Gov. Rick Snyder asked for federal aid for Genesee County, where Flint is located. Gov. Snyder had declared a state of emergency on January 5th for Genesee County, following the county’s local emergency declaration on January 4th. The declaration makes available all state resources in cooperation with local response and recovery efforts in Genesee County as outlined in the Michigan Emergency Management Plan.
Last August, Virginia Tech researchers reported 42 percent of 120 initial samples from Flint’s water supply evidenced lead levels that were higher than 5 parts per billion, “which suggests a serious lead-in-water problem, according to our experience and criteria.”

Cher, the Academy Award winning actress and Emmy Award winning singer, has teamed with Icelandic Glacial to donate 181,440 bottles of water to Flint. The water will begin arriving Wednesday at the Food Bank of Eastern Michigan, which is based in Flint. The water will be distributed to community centers, food banks and fire stations located in low-income areas. Icelandic Glacial is a super-premium spring water bottled in Iceland.

Cher has been monitoring events in Flint and she has been working with Mayor Karen Weaver. Cher has been an outspoken critic of Michigan’s lack or response and commitment to Flint.
“This is a tragedy of staggering proportion and shocking that it’s happening in the middle of our country,” Cher said. “I am so grateful that Icelandic Global has come on board to help the city of Flint.”