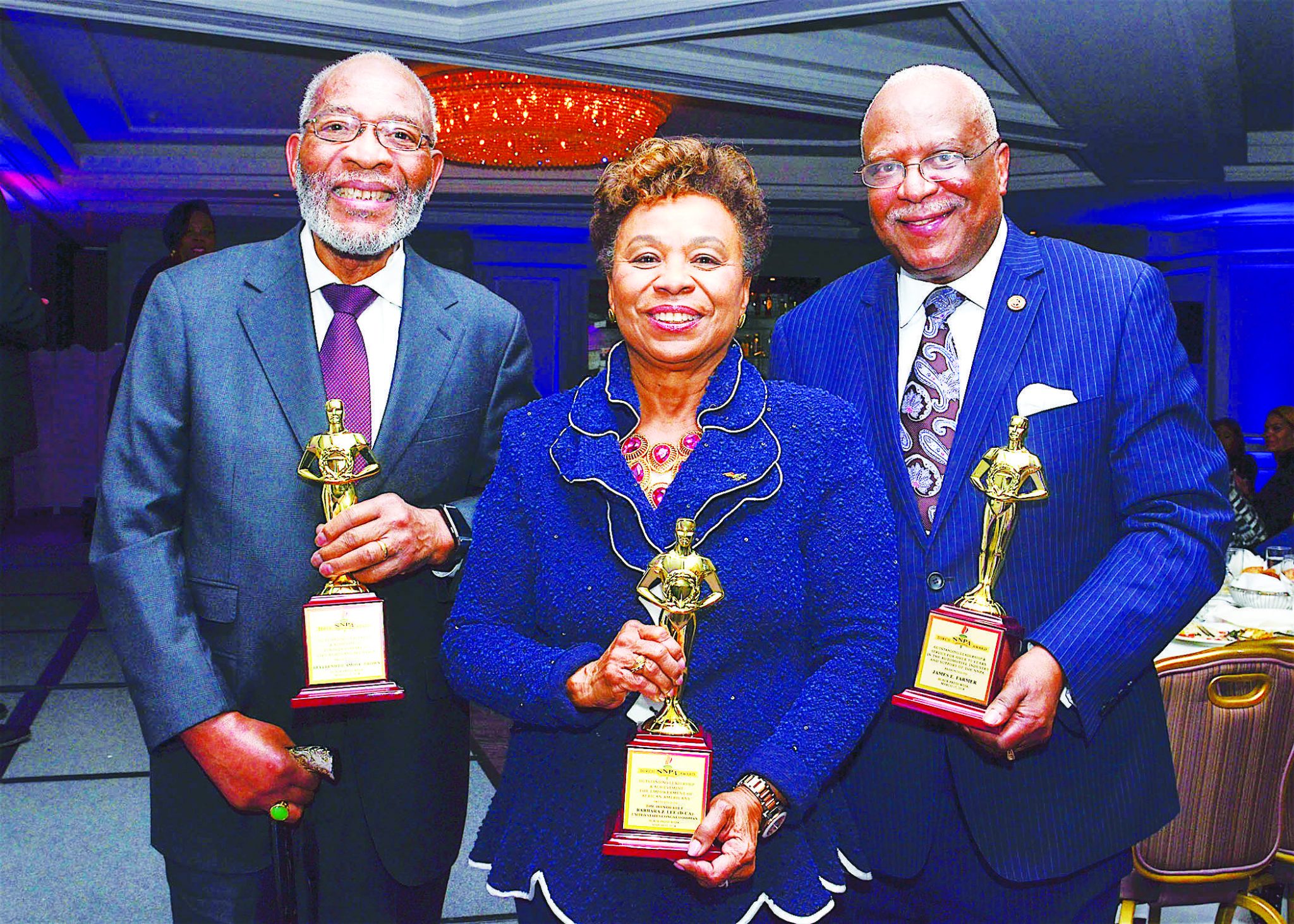 Three icons of their respective industries were honored at the National Newspaper Publishers Association’s annual Torch Awards dinner at The Dupont Circle Hotel in Washington, D.C.

Rep. Barbara Lee (D-Calif.), James Farmer of General Motors, and Rev. Dr. Amos C. Brown, a student of Dr. Martin Luther King Jr. and pastor of the Third Baptist Church of San Francisco took home the coveted trophies which are bestowed upon those who demonstrate excellence in their chosen profession or endeavor.

This year’s honorees join a legacy of high-achieving, community-serving African-Americans.

Lee called Ashley-Ward, the publisher of the Sun Reporter, “truly a treasure,” before tearing into a recent secret FBI report that identified some activists in the Black community as “Black Identity Extremists.”

Farmer, whom Chavis praised as one of the most active advocates of the Black Press, completed more than 50 years of dedicated service to “not only his profession, but to the many organizations he served,” Chavis said.

A 1967 graduate of Central State University in Ohio, Farmer entered the automotive industry that year at Airtemp Division, Chrysler Corporation, as an advertising clerk, according to his biography.

There, he began a relationship with the only Black newspaper in Dayton, Ohio, the Dayton Black Express newspaper. After 10 years with Chrysler, Farmer took a position at General Motors where he continued to advocate and support the Black Press – a relationship that continues today.

Farmer said he appreciated the honor and will cherish it.

“This is a group that’s really in my heart,” he said of the Black Press. “If I gave up on the NNPA, I know corporate America could too.”

Brown, who also serves as president of the San Francisco branch of the NAACP and was only one of eight students who took the only college class ever taught by King, said the Black Press has and remains vital in America.

The ceremony included remarks from Houston Forward Times Publisher and NNPA Vice Chair Karen Carter Richards, who said it was important that the Black Press honor its own.

“If we don’t honor our own, who will? Tonight, we are here to honor distinguished individuals in their fields,” Richards said.

Jackson Caesar, the nephew of gospel great Shirley Caesar, performed two solo songs during the awards ceremony while the group, One Vision Band, provided the entertainment.