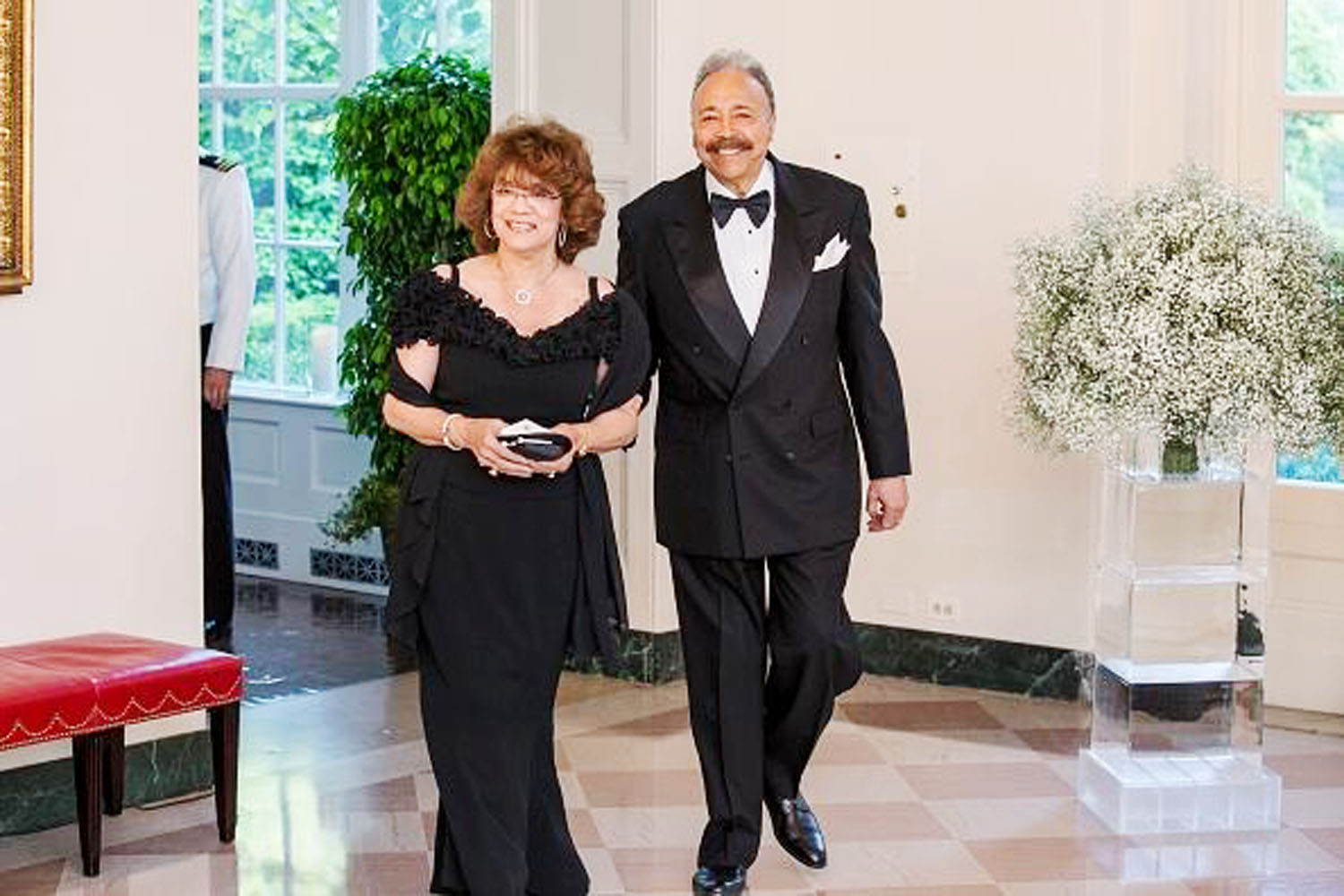 HAMPTON, Va.
Hampton University President Dr. William R. Harvey and his wife, Norma B. Harvey attended the Nordic State Dinner at the White House on May 13. The dinner capped a one-day summit that included discussions about terrorism, climate change, clean energy and Europe’s ongoing refugee crisis. Dr. Harvey and his wife were among 350 guests who attended the dinner that was held under an imposing tent on the South Lawn, according to news reports. Leaders from Finland, Norway, Sweden, Iceland and Denmark participated in the festivities.

“We are grateful for our friendship with the Nordic people — even if we do sometimes get jealous about how perfect they seem to be,” a lighthearted Obama said in a toast, in the Washington Post. “It was “the 12th official state dinner of the administration (and likely one of its last) and an elegant thank you for the hospitality the Obamas received during a 2013 visit to the region.”

Mingling with guests under a transparent ceiling that allowed guests to see the night sky, Dr. Harvey and his wife enjoyed the camaraderie and chatted briefly with the President and First Lady, according to a university press release. The Harveys were also featured on “Celebrities at the White House State Dinner” photo gallery on Essence.com. Attending the dinner were several celebrities including comedians David Letterman, Will Ferrell, Aziz Ansari and Billy Eichner; actresses Connie Britton, Allison Williams, Bellamy Young and Tracee Ellis Ross.