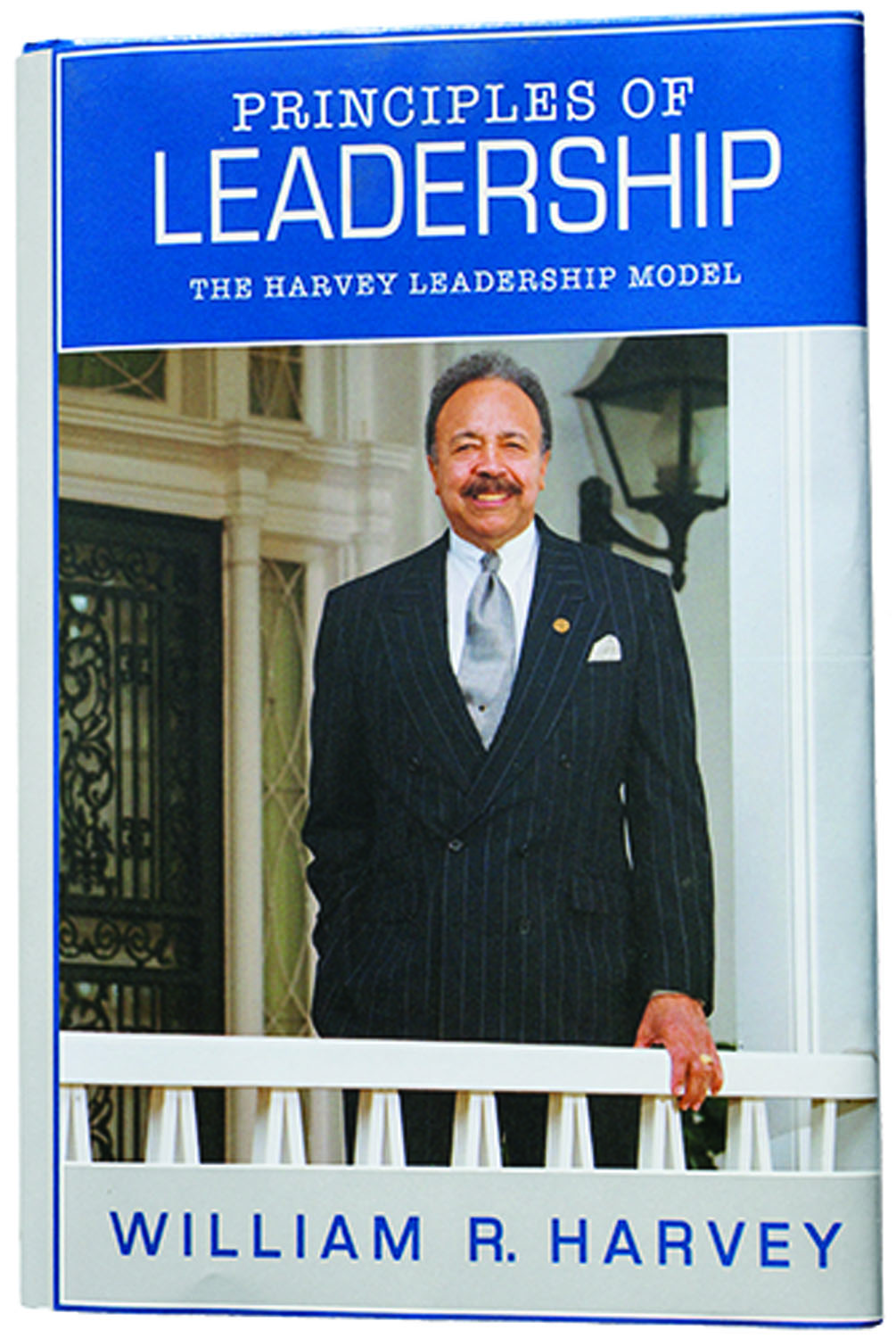 Hampton
In his inspiring and motivational new book, Principles of Leadership: The Harvey Leadership Model, Hampton University President Dr. William R. Harvey, an icon of higher education, shares the insights and philosophy that have shaped his empowering leadership model.

The book examines ten principles that have guided Dr. Harvey throughout a remarkable life and career, spanning his upbringing in Brewton, Alabama and his current role as one of the longest serving higher education presidents in the United States.

During his nearly 40-year tenure at the helm of one of the nation’s most prestigious small colleges, Dr. Harvey has helped usher in a remarkable era of growth. When he assumed the presidency of Hampton in the summer of 1978 the university’s endowment stood at $29 million. Today it exceeds $260 million, making it consistently in the top three of HBCUs (Historically Black Colleges and Universities) with the largest endowments.

“When I interviewed for the presidency at Hampton 39 years ago, I made it clear that if selected, I would run Hampton like a business for educational objectives,” said Harvey.

Harvey attributes much of his success to one of the principles he discusses in a chapter on fiscal conservatism, that also illustrates the compelling way he weaves throughout the book, the importance of his parents in framing his leadership philosophy.

“I mentioned that my mother emphasized, ‘If you have a dollar, you can’t go to the grocery store and buy a dollar and twenty-five cents worth of groceries. This concept demonstrates sound thinking, and I have incorporated her views into my philosophy.”

Another chapter deals with the importance of results, amply demonstrated in the growth of Hampton University under Dr. Harvey’s leadership.

The university is the first and only HBCU to have 100 percent control of a NASA mission, a global climate change project run by Hampton’s Atmospheric Science unit. Hampton currently has three satellites orbiting the earth and expects to launch another one within the very near future.

A powerful testament to Dr. Harvey’s influence and example are the 17 former administrators of Hampton University who served under Dr. Harvey, and have gone on to become presidents of other institutions of higher learning.