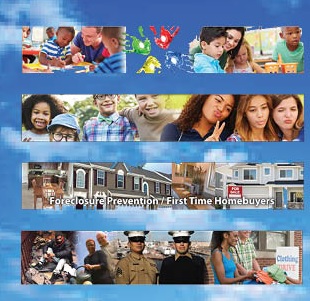 The Hampton Roads Community Action Program is currently seeking nominations for the Annual Awards Banquet. The Awards recognize area citizens, businesses and institutions that have significantly contributed to the Hampton Roads Community. Nominations will be accepted through February 3. Awards will be presented at the Annual Awards Banquet which is the signature event for HRCAP on Tuesday, May 16, 2017.

Nomination categories are Norvleate Downing-Gross Lifetime Achievement Award which is presented to an individual who exemplifies a life in service to creating a fully functional, vibrant community and provides leadership in addressing a wide range of community issues from housing issues to confronting aging matters.

The Corporate Citizenship Action Award recognizes a business in Hampton Roads that places an emphasis on giving back to their community. This award honors a company that makes contributions to their community through time, activities and /or donations while serving as a role model to other businesses.

The Community Citizenship Action Award recognizes a servant leader in the community. The candidate should have a proven track record as an advocate for change, who had created programs that solve the needs present in our local communities.

The Youth Leadership Action Award recognizes students who consistently demonstrate high academic achievement, service to the community, participation in extracurricular activities, potential for leadership, and respect for others.

The Robert O. Bigelow Award is given to a volunteer of the Hampton Roads Community Action Program that best exemplifies the spirit of Lt. Col. Robert O. Bigelow, who served his country and community admirably. The recipient should have a proven track of volunteerism to the community and demonstrated a commitment to HRCAP’s mission to promote self-sufficiency.

Please mail nominations to: HRCAP, PO Box 37, Newport News, VA 23607 – Attn: Terry Brown or via email to terrybrown@hrcapinc.org. Nominations may also be faxed to: (757) 247-6527. Nomination forms may be downloaded by visiting www.hamptonroads.org and may also be submitted online. For more information, please call (757) 247-0379. Completed application and supporting documents must be received by Friday, February 3, 2017.