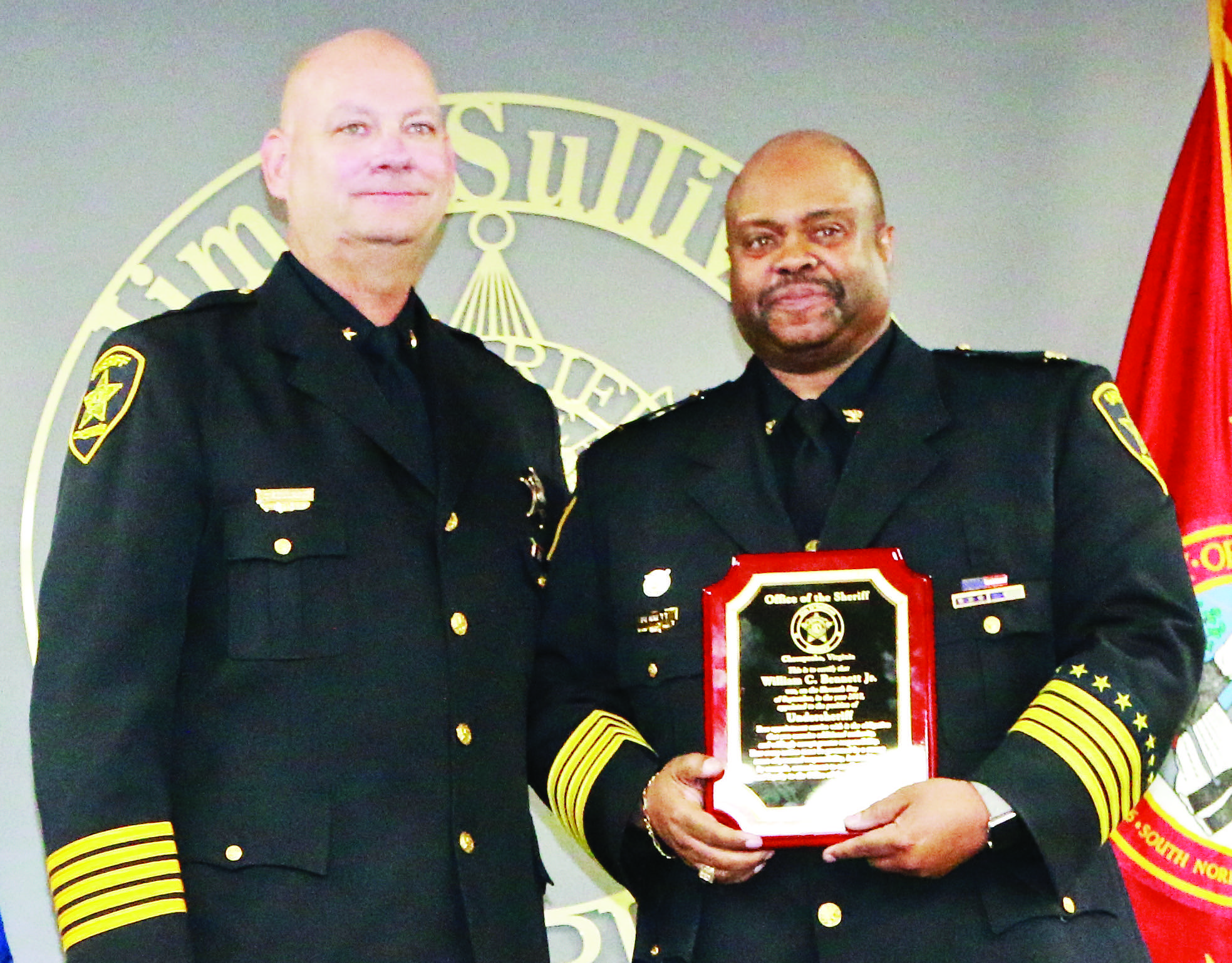 The Chesapeake Sheriff’s Honor Guard marched into the room and presented colors, before Lt. Trina Washington performed the National Anthem. The Master of Ceremonies started his speech by acknowledging the thousands who lost their lives 16 years ago on September 11, 2001. The whole room paused for a moment of the silence for the victims and the first responders.
Sheriff Jim O’Sullivan presented Col. Bennett with a promotional plaque, his new credentials, and his new badge. Col. Bennett had the honor of having his mother, Joan Bennett, pin his new badge onto his uniform for the first time. Col. Bennett thanked the crowd for coming. “It’s an honor to be promoted, but I didn’t get here by myself,” Col. Bennett said. “We have a great department, and a great sheriff. And I want to thank my family.”

Col. Bennett is a Chesapeake native. He graduated from Norfolk Catholic High School in 1978. While earning his Bachelor’s Degree in Criminal Justice from Ohio Dominican University, Col. Bennett decided to pursue a career in public safety. He graduated with honors from the Virginia Beach Sheriff’s Office Law Enforcement Academy, as well as from the Portsmouth Police Department’s SWAT and K-9 Patrol Academy.

He served as a member of the Chesapeake Police Department’s SWAT team from 1983 to 1988. He began his career at the Chesapeake Sheriff’s Office in 1982 as a Deputy Sheriff, and quickly rose through the ranks. Col. Bennett served as the Chief of Corrections for five years before being promoted to the rank of Lieutenant Colonel in 2014. A group of well-wishers