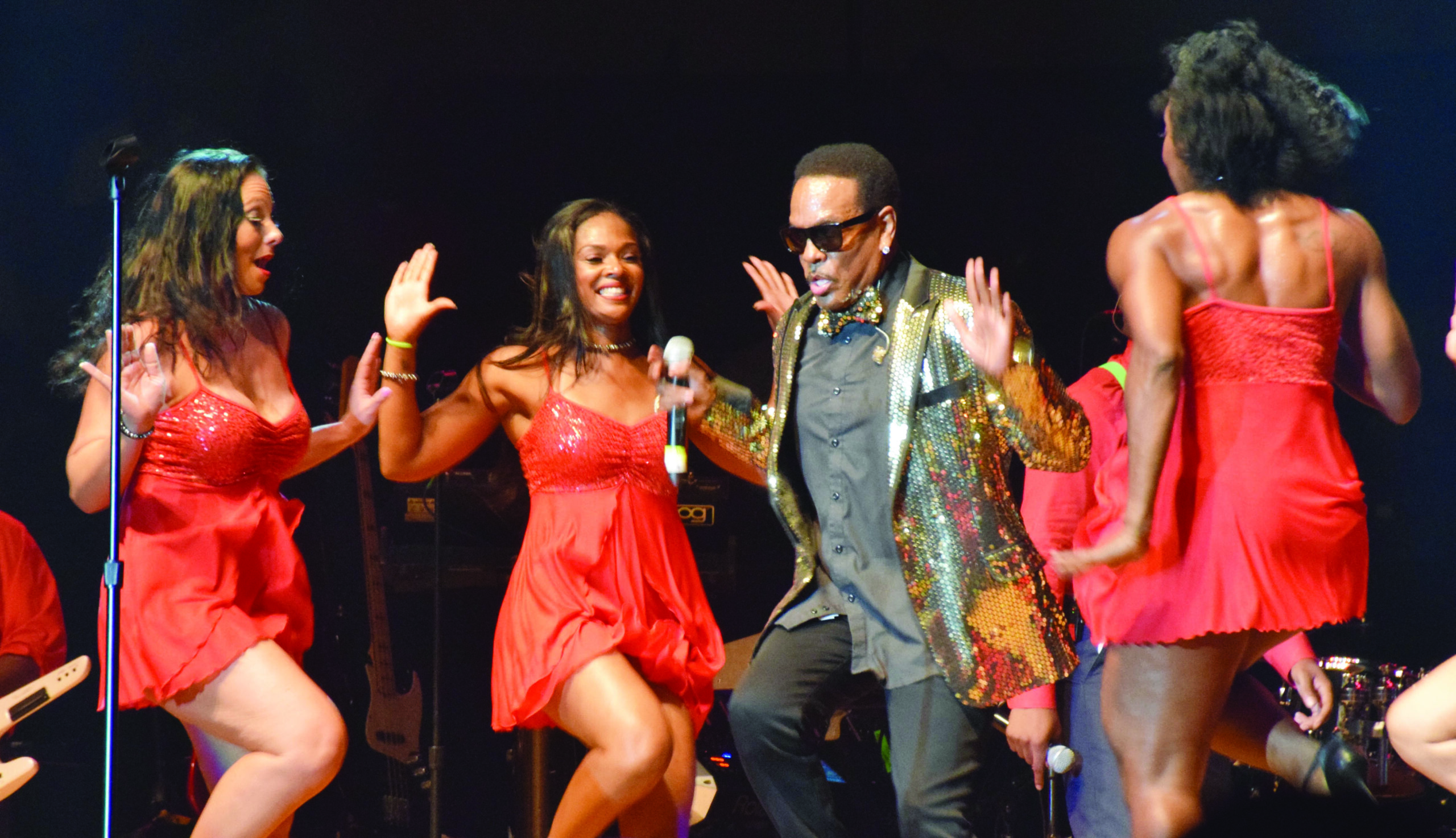 By Fran Taylor
Special to the New Journal and Guide

The Hampton Jazz Festival celebrated its 49th annual outing this past weekend. The three day event closed out with a mixture of music. There was a local artist who mostly covered other artist’s hits, a Smooth Jazz Icon who wowed the crowd with his laid back energy, a 70’s vocal powerhouse who still has the Pipes, and a rousing 80’s Funk Meister who held his own among them all.

The opener Joselyn Best, a locally based singer, covered a lot of familiar tunes: She opened with Jill Scott’s “A Long Walk” and continued with some cover standards among which was one original “All About Me.” She shared she wrote it after a bad break-up of an eleven year relationship. Her band and vocals were tight. The Smooth Jazz Dude of the night was Boney James. He actually hopped on the stage with no fanfare in his signature Fedora and slid into playing.

The audience was quiet and attentive to his smoothness. He mentioned his disc “Shine” was released ten years ago and played it. He was playful during his set, from demonstrating his version of the Stanky Leg to going out into the audience playing and dancing without missing a beat. Back on the stage he continued to play with smooth moves and closed with Grazing in the Grass, and brought the crowd to its feet.

Singer Extraordinaire Stephanie Mills started with “Never Knew Love Like This Before.” She sang her standards with ease, gliding from one to the other. Her all male backup singers were noticeably at stage right with voice presence. They gave a great rendition of “Just My Imagination” when she went off stage for a few moments. She came back on and continued with her familiar tunes. She also made note that she was 59 years old. She was grateful to be able to still perform at her age. Her voice is still pristine. She showed it off when she closed with her signature “Home,” after which she curtsied, left the stage with the crowd wanting more.

Charlie Wilson, AKA Uncle Charlie, burst on the stage with bravado. He, his colorful dancers, and band came to “Get the Party Started.” And party they did. They brought the crowd up. He also did his standards, old and new from his GAP Band days and his new resurgence that he is currently enjoying today. He sang and pranced with the band. Voice strong and moves a bit slower, yet the crowd ate it up. He was a great closer to this 49 year tradition.