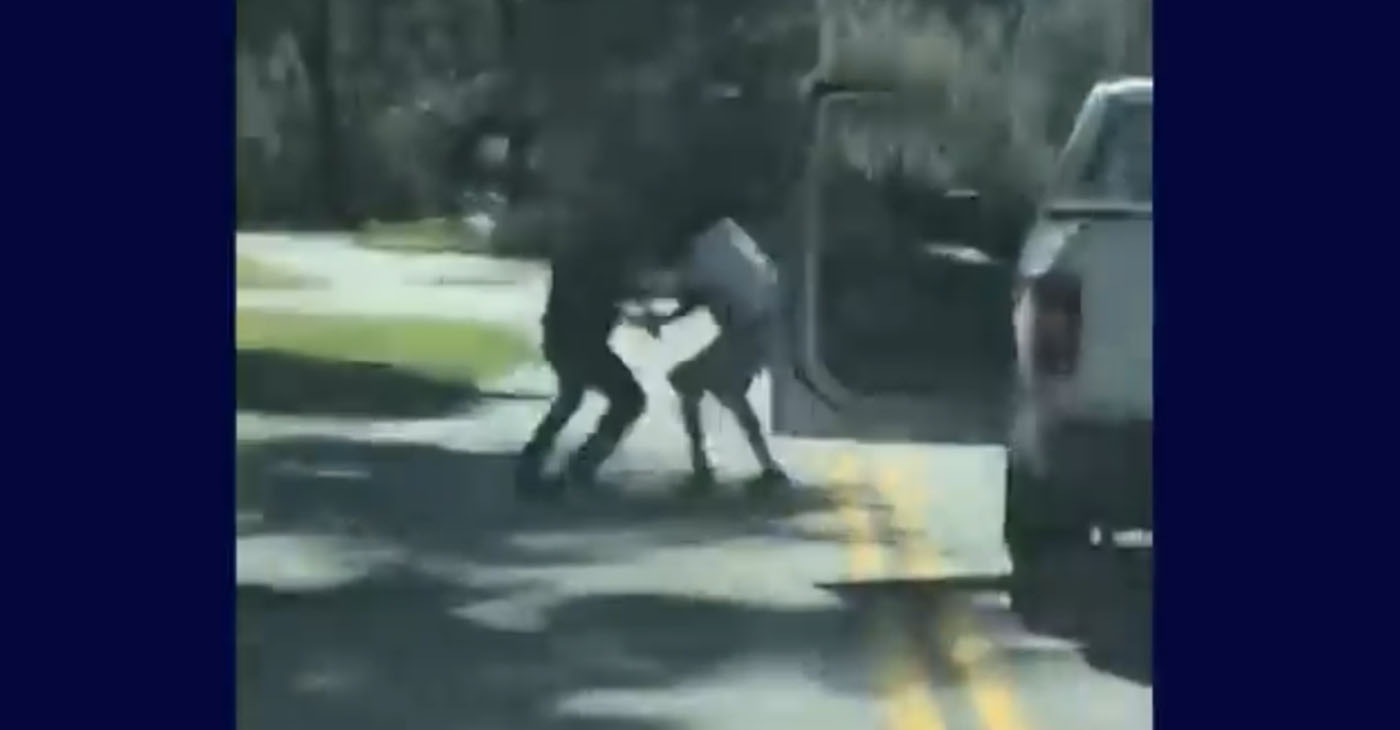 Add jogging while Black to the ever-growing list of reasons African Americans continue to be shot down senselessly by armed White men, supposedly under the color of law.

Twenty-five-year-old Georgia resident Ahmaud Arbery was shot and killed while jogging after a former police officer and his son chased him down because they “thought he looked like the suspect in a recent string of break-ins.”

The incident took place two months ago but has come to light after Civil Rights Attorney Lee Merritt and Arbery’s mother, Wanda Cooper, appeared on CNN this week to call for justice.

Cooper said police originally told her that her son was involved in a burglary. They claimed that there was a confrontation between Arbery and the homeowner and a struggle over a gun.

The incident took place in Brunswick, a southeast coastal town in Glynn County that’s less than five hours from Atlanta.

Reportedly, two district attorneys have recused themselves over possible conflicts of interest, one of whom wrote that Travis McMichael acted out of self-defense, and their actions fell within Georgia’s citizen arrest laws.

“The decision to rely on the citizen’s arrest statute is really a recent invention, prior to that they just simply said it was self-defense,” Merritt told CNN, adding that the men are trying to use the law to say they were trying to stop a crime.

“According to that law, you actually have to be observing the crime or be in the immediate knowledge of the crime,” Merritt said. “The only thing they have ever said is… that (Arbery) stopped by a house that was under construction and he looked through the window. We don’t know if that happened or not, but even if that did happen, that is not a felony that would invoke the citizen’s arrest statute that would make this allowable.”

After the shooting, Gregory McMichael told police he saw the same man “the other night” and that he stuck his hand down his pants on that occasion, leading McMichael to believe he was armed, according to the police report.

After seeing Arbery jogging, McMichael then alerted his 34-year-old son, Travis, according to a Glynn County Police report.

“Travis, the guy is running down the street, let’s go,” McMichael said, according to the report.

The two grabbed a shotgun and a pistol and followed Arbery in their truck, police said. Travis McMichael, the driver, followed Arbery and then attempted to cut him off, the report continued. Arbery turned around and began running in the opposite direction, the police report said.

They chased Arbery to a nearby intersection where they caught up to him. The men claimed they told Arbery to stop because they wanted to talk to him.

Travis McMichael then exited the truck with the shotgun, and his father claimed at that point Arbery “violently attacked” his son, and they struggled over the gun. Travis McMichael fired two shots, according to the police report, killing Arbery.

“What made a jogger look like a suspect besides his Black skin,” an outraged citizen named Gary Hughes wrote on Twitter.

Merritt added that McMichael and his son only had the authority to follow Arbery and send law enforcement to the location. They had no authority to engage him.

The 911 calls show a dispatcher questioning McMichael as to what, if anything, Arbery was doing to break the law.

“They didn’t give any answer for that,” Merritt told CNN. “They said, ‘He’s a Black man running down our road.’”

UPDATE: On Friday, May 8, The McMichaels were issued felony murder charges which means that a victim was killed during the commission of an underlying felony, in this case aggravated assault. The charge doesn’t require intent to kill. A murder conviction in Georgia carries a minimum sentence of life in prison, either with or without parole.