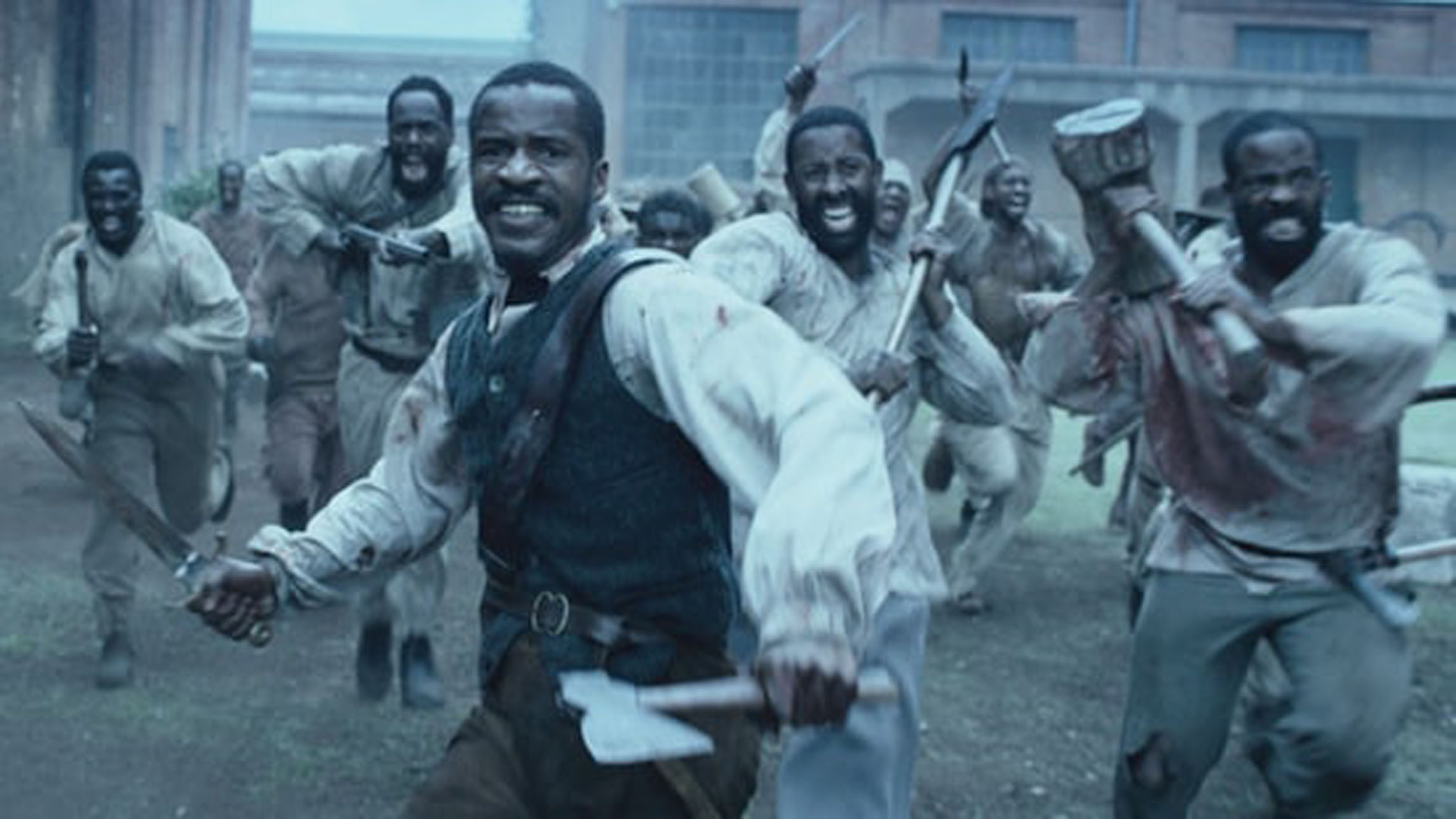 Finally, a filmmaker unearths one of the biggest secrets in American history: slave revolts. It’s a lesson rarely mentioned in history books, though it’s common knowledge to anyone who has taken a Black History course. Kudos to actor-turned-director Nate Parker for shepherding this ambitious project from the kernel of an idea to the completion of an inspiring and evocative film that is nothing less than a masterpiece. There are many facets of this movie that are groundbreaking, historic, monumental and unique.

In the evolution of the American film industry few films have ventured into the subject of slavery. Some have misleadingly romanticized the era (Gone With the Wind). Some have made fun of it and belittled its tragic consequences (Django Unchained). Some have eloquently captured the suffering (12 Years a Slave). Some have revealed rebellions from a White man’s perspective (Free State of Jones). None have captured the spirit and emotion of the time, the courage and bravery of resistance and the calculated planning and execution of a rebellion from the viewpoint of African-American culture. Until now.

Southampton County, Va., is filled with cotton plantations. A young slave boy named Nat (Tony Espinosa) and his family work on a farm run by the Turner family. Nat is thought to be a chosen child by friends and family: “This boy has the holy markings of our ancestors.” He is friendly with the slave owner’s son Samuel (Griffin Freeman). That boy’s mom Elizabeth (Penelope Ann Miller) notices that Nat has a knack for words and she helps him learn how to read, using the Bible as a learning tool.

Years later, Nat (Nate Parker) is a young Reverend. His stature among the slaves is high. The Turner family seems to not be too apprehensive about their slave who seems to be intelligent and a leader. Samuel (Armie Hammer), now a young man too, is in charge of a farm that is failing to make money. As talk of rebellious slaves sweeps through the county, Samuel gets Nat to become a traveling pastor who “tames” the nerves of slaves on other plantations, for a fee that is paid to the Turner Family.

Throughout the film, the script by Parker and Jean McGianni Celestin establishes and maintains a spiritual destiny that never wanes. There are moments that the Nat Turner they have created has Christ-like, martyr-like attributes. How much of this is based on fact or is manufactured to produce a character that audiences will root for is up for debate. One thing for sure is that the real Nat Turner was a courageous man who gave his life for freedom, and the one on-screen takes over that mantle very well.

For a first-time filmmaker, Parker makes no huge gaffes. He finds and keeps a tone, pulls Oscar-worthy performances from his cast and sets everything in motion in a thoroughly engaging manner that is sustained for 118 minutes. With the skill of directors with ten times his experience, he blends drama, psychodrama, romance, spirituality and action into a relentless, uncompromising classic.

It is a miracle that Parker can write the script, produce the movie, direct the proceedings and still turn in what has to be one of the most difficult and emotionally complex performances of the year. His character evolves from jovial, young man, to preacher with guilt, to loving protective husband and father, to angry rebel seamlessly. Every feeling he exhibits seems authentic.

A rebellion and a subsequent massacre happened in the backwoods of Southampton County, Va. on August 21, 1831. Those events foreshadowed the Civil War. And now millions have the chance to learn a part of Black history that few know. It is so fitting that the brilliant Nate Parker has called his great opus “The Birth of a Nation.” If there is justice in this world and the afterlife, D.W. Griffith, the racist director of the 1915 propaganda film of the same title, is turning over in his grave. This is a story that had to be told. And must be retold again and again.

Dwight Brown is a film critic and travel writer. As a film critic, he regularly attends international film festivals including Cannes, Sundance, Toronto and the American Black Film Festival. Read more movie reviews by Dwight Brown here and at DwightBrownInk.com