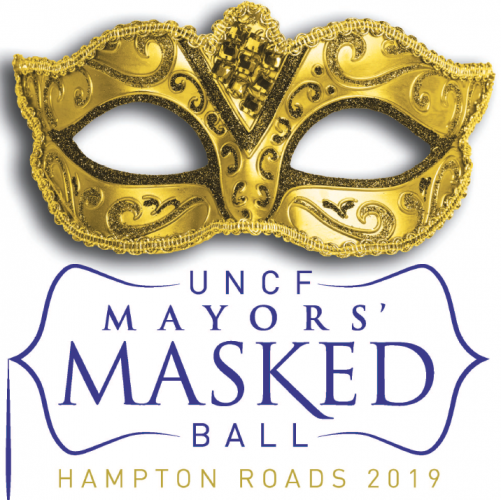 The United Negro Fund (UNCF) hosted its 2nd Mayors’ Masked Ball in Hampton Roads on March 22 at The Main in downtown Norfolk. The star-studded black tie fundraiser made its first appearance in Virginia last year.

Since 1983 when the first Mayor’s Masked Ball was held in Atlanta, Ga., the UNCF’s signature fundraising event has been held annually in various cities across the nation. The Hampton Roads version is being embraced by residents donning gowns, tuxes, and masks as those in other premiere cities to include Washington, D.C., Indianapolis, New Orleans, and Los Angeles.

The annual “Who’s Who of Hampton Roads” gala is hosted by the area’s mayors of Norfolk, Portsmouth, Chesapeake, Virginia Beach, Hampton, and Newport News who have signed on to support the event.

Serving again as Honorary Co-Chairs were two noted and visible members of the local business community: Mark A. Johnson of Sun Trust Bank and Toiya Sosa of GEICO.

Presently, Virginia has only one UNCF school, Virginia Union University in Richmond. However UNCF supports other HBCU students in the state.

Ball highlights featured a silent and live auction; a VIP Masked Reception; celebrity guests; a parade of stars and dignitaries; elegant dining; and dancing by RaJazz.

Told it would never happen