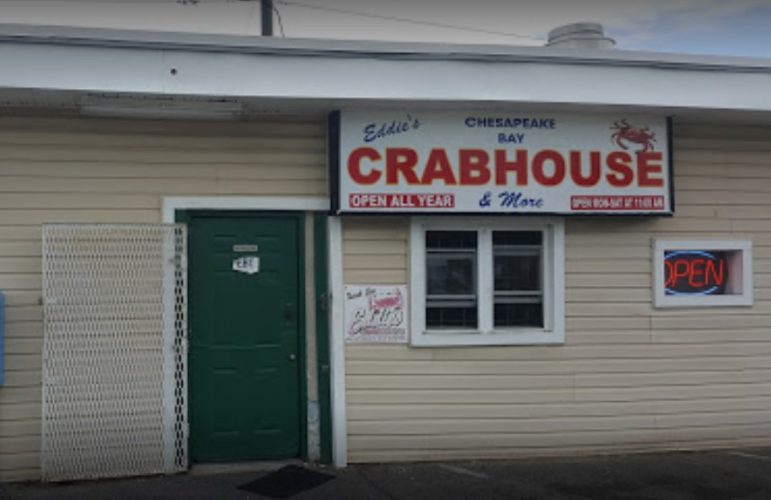 Sharon Johnson-Clayton is accustomed to juggling a busy to do list, one that has increased since she announced her candidacy for the Chesapeake School Board on March 5.

Clayton has an increasingly long to do list because she has owned Eddie’s Chesapeake Bay Crabhouse and More for 15 years. Known for its popular steamed and fried crabs, the landmark establishment will celebrate its 50th anniversary on April 14 from 12 p.m. to 3 p.m. Dr. Richard W. “Rick” West, the mayor of Chesapeake will issue a proclamation at 1:30 p.m. and declare it Eddie’s Crabhouse Day. Fish dinners will cost $7. Proceeds will support Clayton’s school board bid.

“As a business woman and a civic leader I would represent everybody,” said Clayton, an entrepreneur who worked at the crab house Bennies Hudgins opened in 1967. He sold it to Clayton in 1997. He passed away about 21 years ago.

While her school board candidacy has been on her to do list for two years, she waited until her son finished Deep Creek High in 2015 and enrolled at Virginia Union University where he is a junior. “I am running for the Chesapeake School board because we need a new vision,” Clayton said.

“I want to be an advocate for the underprivileged children and all of the children of Chesapeake,” said Clayton, a 1985 Norfolk State University graduate, who has donated more than $80,000 to her alma mater’s School of Business since 2000.

Clayton said she launched her candidacy for several reasons. She pointed to issues such as the 88 schools that that were denied accreditation in Virginia in September 2017. Half of those schools are located in Hampton Roads, according to news reports. (Three are located in Chesapeake – Camelot Elementary, Rena B. Wright Primary and Truitt Intermediate).

For a school to earn full accreditation, students must achieve adjusted pass rates of at least 75 percent on English reading and writing SOL tests, and at least 70 percent on assessments in mathematics, science, and history.

“I am running for the Chesapeake School Board because some schools don’t receive the same level of funding, in many cases,” Clayton said. “I want to make sure that all schools receive the same level of funding across the board. If I am afforded the opportunity to serve, I will speak out for the areas that are underrepresented. I also plan to be an advocate for wage increases for educators because I have several educators in my family.”

To date, Clayton has campaigned at area churches and civic meetings. “The feedback I’ve received has been fantastic,” she said. “They are telling me we need a change. They are telling me some school board members have been there for two decades and created many of the problems we face.”

Clayton added, “At several public events people told me it is time for us to have representation that represents the whole city and not a select group. They said they want to support and get behind people who are changing with the times. The problem is some of the current school board members created some of the problems we have now (low test scores and low salaries for teachers).”